If vaccination is, as Prime Minister Scott Morrison says, our new gold medal challenge, the regional Victorian city of Bendigo is setting the pace.

Bendigo, a two-hour drive north of Melbourne, is known for the elegance of its Gold Rush era architecture and rising foodie scene. It has a population of about 120,000. 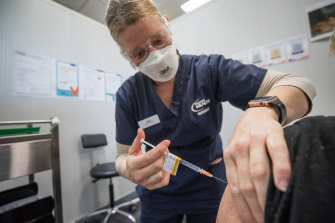 Bendigo currently has the greatest take up of coronavirus vaccines in Australia. Credit:Jason South

According to figures released this week, 52.6 per cent of eligible people in the Bendigo region have had one vaccination dose, far ahead of the Victorian average of 42.58 per cent and the national average of 41.4 per cent for those aged 16 and over.

It leads the nation in vaccination enthusiasm – 25.1 per cent are fully vaccinated and leaders in Bendigo’s health sector say only lack of supply is holding it back from even greater jab rates.

If Bendigo has lessons for the rest of Australia about quickly vaccinating the population, they seem to be a well-organised and trusted local health system, an early acknowledgement that multicultural communities may need some extra help and a willingness to deliver vaccines in workplaces where there are higher risks of transmission. 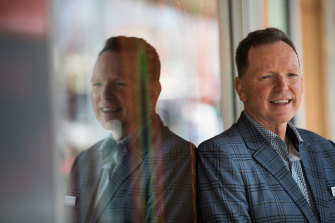 Bendigo Health chairman Bob Cameron believes the region can get to 80 per cent comfortably once there is sufficient supply of Pfizer. Credit:Jason South

“They’re pro-vaccines,” he said. “Our issue has never been about hesitancy because there’s a whole lot of people who want to get the vaccine or will get it.”

Mr Cameron, a former state Labor government minister, said there was rapid take up of the AstraZeneca vaccine before the Australian Technical Advisory Group on Immunisation changed its advice in June to recommend it for people aged over 60. After that, vaccination “just fell off a cliff”, but had picked up again since the Sydney outbreak made people re-think the benefits of the AstraZeneca jab.

Bendigo Health’s outreach program has delivered 6000 doses, focusing on workplaces and multicultural communities. It is inoculating about 600 people a day at the vaccination centre in Bendigo’s CBD and hopes to lift that to 1000 doses once more Pfizer arrives.

On a late morning this week most chairs were taken up in the busy vaccination centre with people waiting after receiving their jab. Nurses holding iPads flitted between them, checking they were not suffering any unpleasant reactions.

Gisborne resident David Plunkett, 51, was sitting among those waiting after getting his second Pfizer dose. He decided to get his vaccinations in Bendigo after struggling to get an appointment in Melbourne.

“I was able to get an appointment here within a week of booking,” he said.

Bendigo Health has also delivered vaccines on site at the Don KR Smallgoods meat processor in Castlemaine and Hazeldene’s Chicken Farm at Lockwood where there were outbreaks last year.

“That was good because a lot of those people were workers who might not necessarily rush out and get vaccinated,” Mr Cameron said. “It also introduced the concept of a vaccine to their households.” 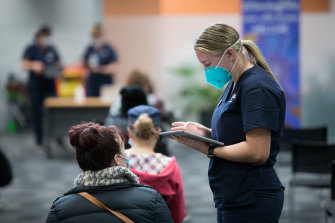 The vaccination centre in Bendigo on Thursday this week. Credit:Jason South

Bendigo Community Health Services has focused on reaching the Karen community, which includes about 375 families, helping to run three vaccination clinics at the Buddhist monastery in the suburb of Eaglehawk.

Buddhist monk Venerable Ashin Moonieinda was among the trusted community leaders providing advice and vaccine encouragement to the Karen community.

Bendigo Community Health also set up a Karen language hotline where people could ask questions by phone or text message in their mother tongue.

Refugee project worker Nido works on the hotline, which she said receives at least 20 calls a week, but the information from those conversations reaches about 100 people. “The hotline plays a very important role in engaging people to come forward to have their vaccine,” he said. 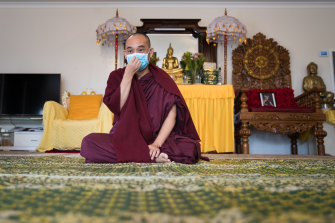 There are also two vaccination clinics focused on the region’s Afghan community.

Then there are the demographics of Bendigo. Census data shows that the health care and social assistance industries were the city’s biggest employers in 2016 and more than 8100 people living in Greater Bendigo work in those sectors. These workers have been vaccinated in large numbers because they work on the front lines, and then go on to encourage family and friends to come forward.

“Everybody knows someone who works at the hospital or works in health and was involved in the second wave last year,” said Loddon Mallee Public Health Unit director Casey Nottage. “I think that brings a realness and humanity to it.”

Dr Nottage said the unit has harnessed social media, posting calls on Facebook for people to come in when Bendigo’s vaccination centre was quiet and providing updates when there were long waiting times. 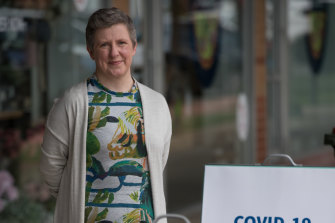 But the listing of the city’s Axedale Tavern as a tier-one exposure site in May reinforced the importance of getting vaccinated at the earliest opportunity.

“That did coincide with Bendigo Health opening up their mass vaccination centre,” she said.

Ms Allan believes the close-knit nature of Bendigo’s communities has helped drive up the vaccination rates too. 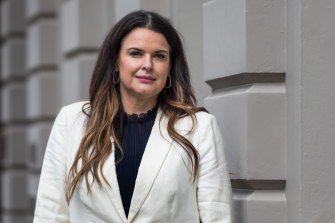 Bendigo resident Kath Bolitho says almost everyone in her social circle is keen to get vaccinated. Credit:Jason South

“It may sound parochial, but there is a bit of pride in living in a country community that is well-connected.”

Kath Bolitho, who runs a marketing and events business in Bendigo, said only a couple of people in her social circle are truly resistant to being vaccinated.

Like many in the city, she has a close connection with the Bendigo Hospital, and it was her sister who works there who helped motivate her to get vaccinated within days of becoming eligible.

The quick process for getting a jab made it seem easy, particularly for those who might be worried about having to queue for hours and missing work.

She said once Pfizer vaccinations opened to people over 40, her eligible friends and family got their first dose within days. Others did the same.

“That was a general consensus right across the community,” she said.