The surviving third husband of Black Widow killer Dena Thompson has blasted plans for a parole hearing for her, saying: ‘She should not be released.’

Bigamist and fraudster Thompson, 61, was jailed for life in 2003 for murdering her second husband Julian Webb with a poisoned curry on his 31st birthday.

She was cleared three years earlier of attempting to murder her third husband Richard Thompson with a baseball bat and a carving knife during a bondage sex session.

Mr Thompson spoke of his ‘shock’ after seeing last month’s exclusive MailOnline report that a parole hearing was being held to determine whether she could be freed.

He said he was angry that he had not been told officially about the hearing in advance by police or prison authorities. 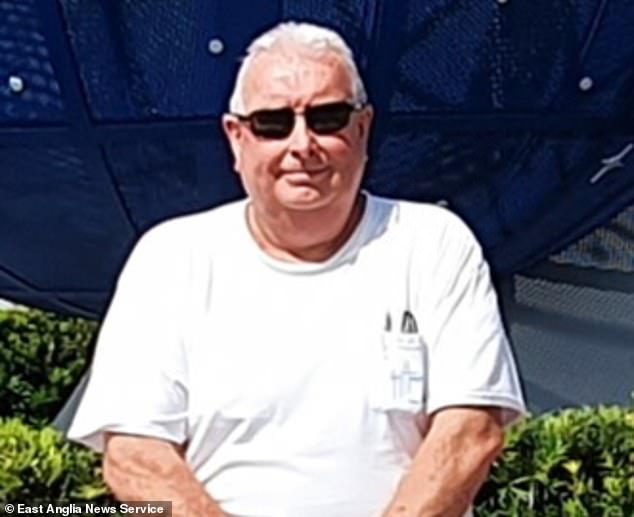 Richard Thompson (pictured), the third husband of the Black Widow killer Dena Thompson, was not told by authorities about the parole hearing and thinks she should remain in jail 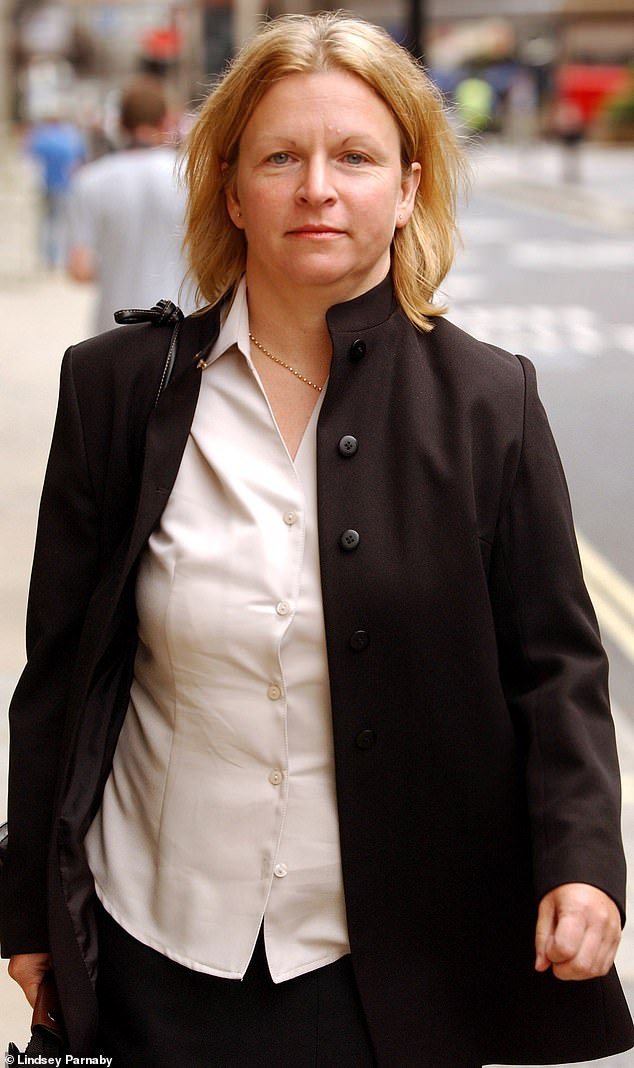 A decision on Dena Thompson’s, now 61, a bigamist and fraudster, parole hearing is expected later this month (Thompson, pictured, at the Old Bailey where she was found guilty of the murder of her second husband Julian Webb)

Mr Thompson, 63, who lives in East Sussex and runs a property maintenance business, said: ‘This is the first I have heard about. I find it quite shocking if it is true.

‘Alleged victims are supposed to have been contacted and I haven’t been.

‘After what happened to me, I think it would have been nice to have been told officially that she might come out.’

Asked if she should be released, he said: ‘Of course not, of course not. She definitely tried to kill me, and they proved that she murdered her second husband.

‘So, she would have been a serial killer if she had been successful. And God knows what else she has done.’

Thompson was cleared of attempting to murder her third husband after the jury at Lewes Crown Court believed her claims that she had been acting in self defence.

She had been accused of attacking him as he lay naked and bound and gagged with masking tape on their bathroom floor after she lured him into a bondage session.

Despite bleeding profusely from a head wound, he survived after managing to free his hands and forcing her to drop the carving knife.

But she was jailed for three years and nine months after admitting 15 counts of deception, relating to thousands of pounds she stole from Mr Thompson and two former lovers.

The jury was not told until after the trial that she had also been convicted of seven counts of theft and two of forgery while married to her first husband, fairground attendant Lee Wyatt in the 1980s.

Her earlier trial at Chichester Crown Court heard how she had stolen £26,000 from customer accounts while working at the Woolwich Building society and had tried to blame Mr Wyatt by getting him to sign incriminating letters. 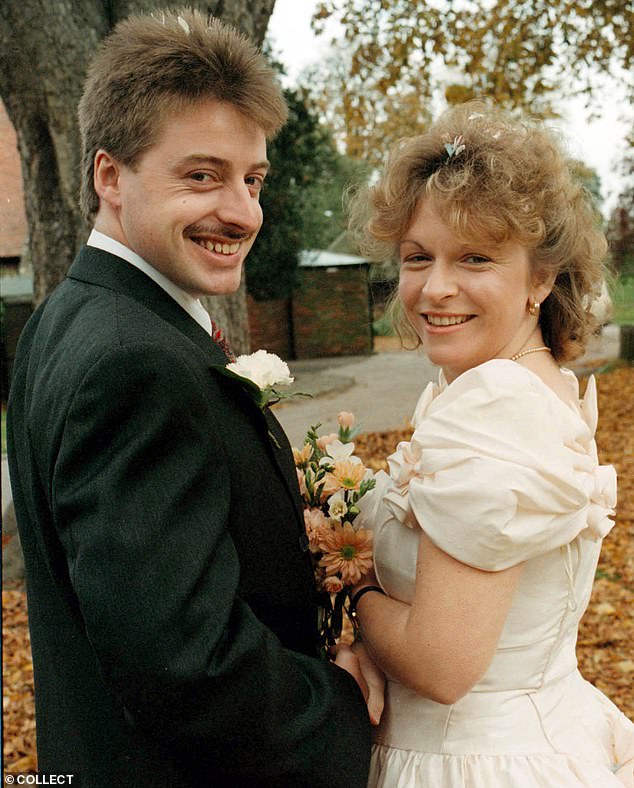 Ruthless Dena Thompson, from Cullompton, Devon, was jailed for life for the killing of her husband Julian Webb on his 31st birthday (The couple pictured together at their wedding)

Her trial for attempted murder led police to exhume the body of her second husband, advertising manager Julian Webb who had died suddenly in 1994 on the day after his 31st birthday.

The couple had married three years earlier following a whirlwind romance, although Thompson was still married to her first husband.

A friend also came forward to say that Thompson had admitted to him that she had hidden bitter-tasting antidepressants in Mr Webb’s hot curry.

Thompson of Cullompton, Devon, was jailed for life at the Old Bailey in 2003, and the High Court ruled in 2007 that she should serve a minimum of 16 years.

In an exclusive interview with MailOnline, he said: ‘At the trial, she was found not guilty of attempted murder, but afterwards the jury were told about all her past offences.

‘There were previous frauds, and she had been to prison before. If they had known more about her, the verdict might have been different.

‘The look on their faces after they heard what she had had been like in the past was like, “Oh crap, we got it wrong”. And they did get it wrong.

‘What annoyed me more than anything was that I was made to look like a bloody criminal. It was all wrong. The law is a lying game as far as I am concerned.

‘She was convicted of fraud against me. It was multiple thousands of pounds. She was forging my signature.

‘While she was doing that sentence, Detective Chief Inspector Martyn Underhill exhumed the body of Julian Webb and then proved through modern forensics that she had indeed murdered him. That is when she got her life sentence.’

Mr Thompson who said he was now living with a new partner and was ‘well happy, nice and settled’, added: ‘I didn’t know anything about it until then.’

The police investigation seven years after Mr Webb’s death found that greedy and sexually voracious Thompson had mercilessly bled money from all three of her husbands and a succession of boyfriends.

She met men through the lonely hearts columns of local newspapers, then lied to them to win sympathy and trust.

Thompson variously claimed she was dying from cancer, she had just won the lottery and that she had a wealthy benefactor in Florida willing to fund a new life for her and her succession of partners in the US. 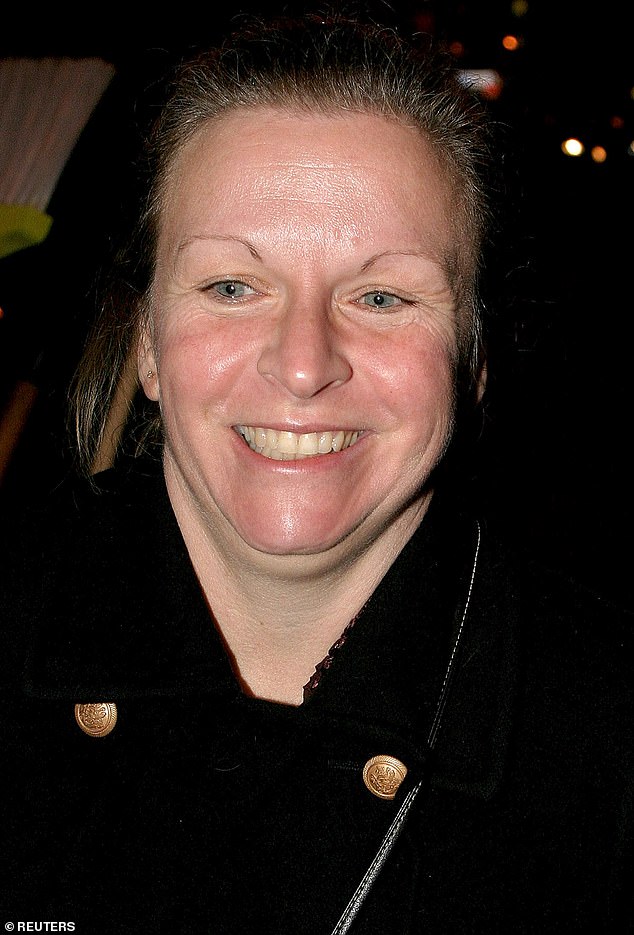 Businessmen, teachers, a prison officer and even a convicted rapist all fell for her charms before she dumped them or simply vanished.

Detectives believe Thompson successfully conned her victims out of £500,000.

Jailing her for life, Judge Michael Hyam said: ‘You brought about Julian Webb’s death by poisoning him.

‘What you did was utterly ruthless and without pity. Nothing can excuse you for the wickedness of what you did.’

Local newspaper executive Mr Webb was described as a healthy, optimistic man who was keen on outdoor pursuits. But he had a love of spicy food which was to prove fatal.

Aware that Mr Webb liked to ask Indian restaurants to serve him their hottest dishes, Thompson ground up powerful anti-depressants into the curries she made him at home, knowing their bitter taste would be masked by the spices.

Thompson had refused to let his mother Rosemary speak to him, saying he was ill but failing to call a doctor to their home in Yapton, West Sussex

Within hours of his death, Thompson turned up at Mr Webb’s workplace asking about his death benefits of £36,000.

The money was paid to Mr Webb’s mother after it emerged the marriage had been bigamous, as Thompson had not yet divorced Mr Wyatt.

Thompson claimed Mr Webb had killed himself. An inquest recorded an open verdict.

Further police inquiries revealed her thefts while working at the Woolwich, for which she was jailed.

Once released, Thompson returned to pursuing vulnerable men and, in 1998, met her third husband Richard.

Speaking after her murder conviction, Detective Chief Inspector Underhill, of Sussex Police, said: ‘This woman is every man’s nightmare. For a decade, she has targeted men sexually, financially and physically.

‘The men of Britain can sleep safe tonight knowing she has been taken off the streets.’

Mr Thompson said at the time: ‘I got the verdict via a text message in the street and shouted ‘Yes!’ at the top of my voice.’

He also revealed that days before she had tied him up and attacked him, she had asked him if their waste disposal unit might be powerful enough to crush bones.

Mr Thompson also claimed she then staged a mock attack on him to see how his pet dog reacted and made enquiries about putting their £300,000 home on the market.

She even made up a bogus job for him in America so she could explain his ‘disappearance’.

He added at the time: ‘I have waited a long time to see Dena brought to justice.

‘Now her web of lies, her web of dirty tricks and her capacity for cold-blooded murder can be revealed. I had the luckiest escape of my life.’

Detectives also revealed at the time that they were looking into the case of one of Thompson’s former lovers who has since vanished, Bulgarian Stoin Costov.

Mr Underhill said: ‘We cannot rule out the possibility that other partners have been injured in some way by Thompson.’

A spokesperson for the Parole Board said last month: ‘We can confirm the parole review of Dena Thompson has been referred to the Parole Board by the Secretary of State for Justice and is following standard processes. A hearing is expected to go ahead later this month with a decision in May.

‘Parole Board decisions are solely focused on what risk a prisoner could represent to the public if released and whether that risk is manageable in the community.

‘A panel will carefully examine a huge range of evidence, including details of the original crime, and any evidence of behaviour change, as well as explore the harm done and impact the crime has had on the victims. Members read and digest hundreds of pages of evidence and reports in the lead up to an oral hearing.

‘Evidence from witnesses including probation officers, psychiatrists and psychologists, officials supervising the offender in prison as well as victim personal statements are then given at the hearing.

‘The prisoner and witnesses are then questioned at length during the hearing which often lasts a full day or more. Parole reviews are undertaken thoroughly and with extreme care. Protecting the public is our number one priority.’