The SNP is pressing on with a survey which asks schoolchildren ‘intrusive’ personal questions including whether they have had underage sex, despite an MP admitting it was ‘regrettable’ that a third of councils are boycotting it.

Of 32 local authorities in Scotland, ten have refused to take part including Scottish National Party-led councils Falkirk and West Dunbartonshire, while 11 others have indicated they will review the content.

SNP MP Hannah Bardell accepted there was now a danger that the Government would only get a partial view of child behaviour, but insisted the census will not be pulled and said: ‘These were questions I was asked.’

It comes as the Fair Play For Women campaign group won the right to legally challenge plans to let people choose their gender in the census after SNP ministers allowed participants to self-identify as male or female.

Ms Bardell, the SNP’s consular affairs spokesman and former digital and culture spokesman, was asked on the BBC’s Politics Live this week whether the survey would be pulled given the mounting backlash.

But she replied: ‘No. The First Minister (Nicola Sturgeon) has been very clear that we can’t stick your head in the sand. Young people don’t have to answer these questions if they don’t want to. I think it is regrettable that a number of councils have pulled this. These were questions that I was asked as a teenager when I was at school.

Scottish National Party MP Hannah Bardell (pictured) accepted there was now a danger that the Government would only get a partial view of child behaviour, but insisted the census will not be pulled and said: ‘These were questions I was asked’ 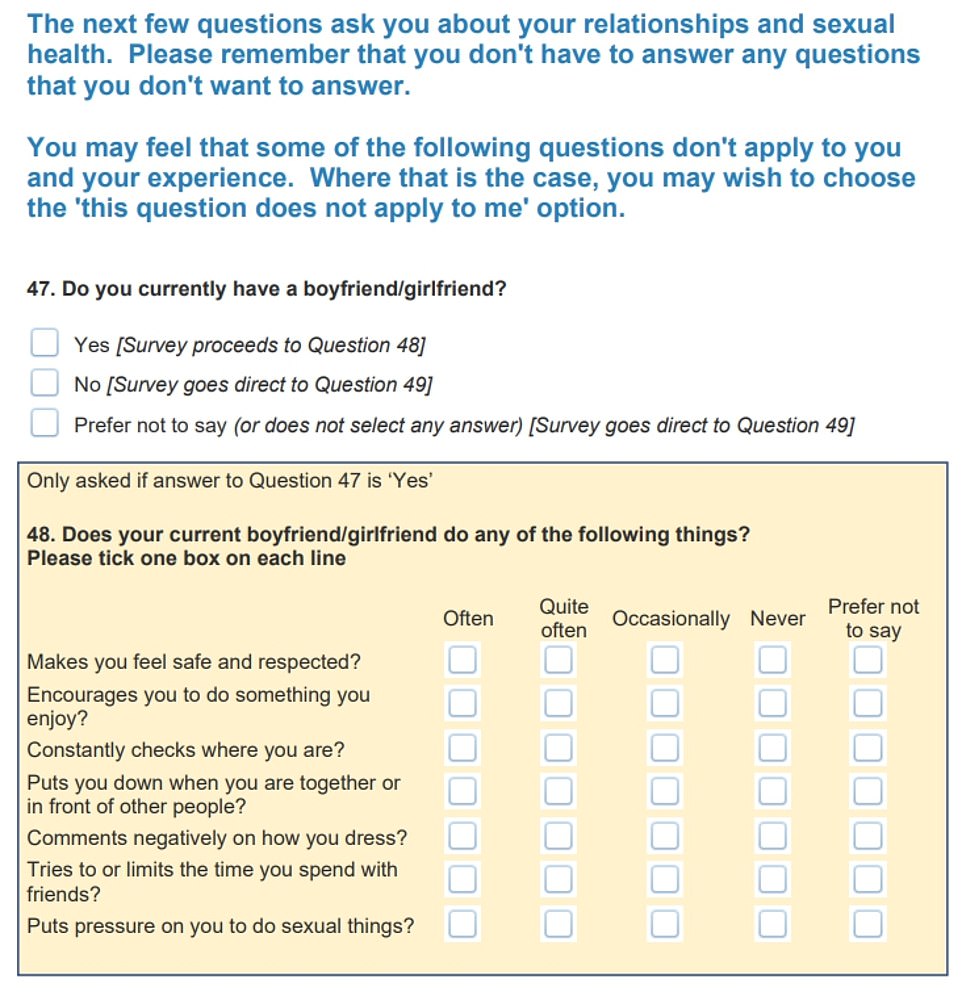 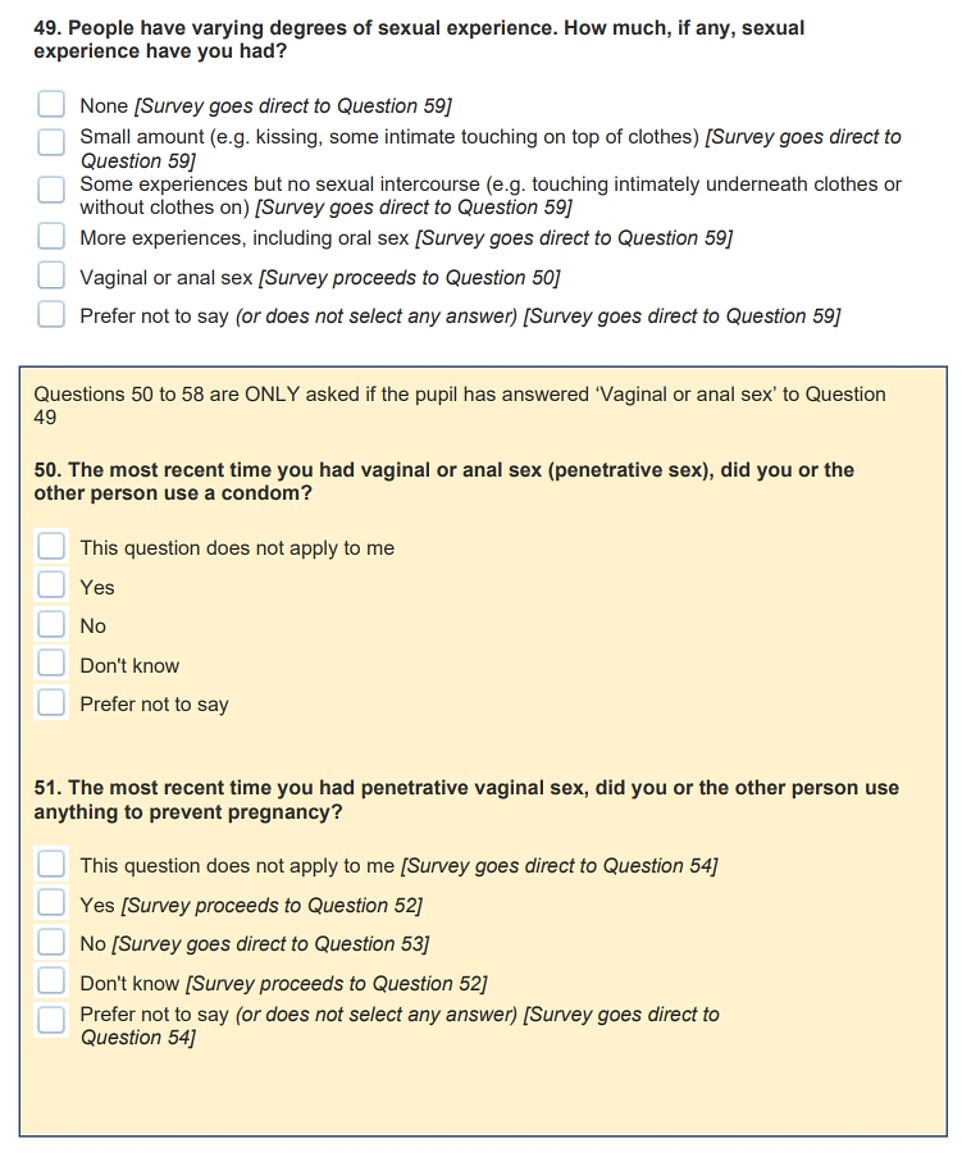 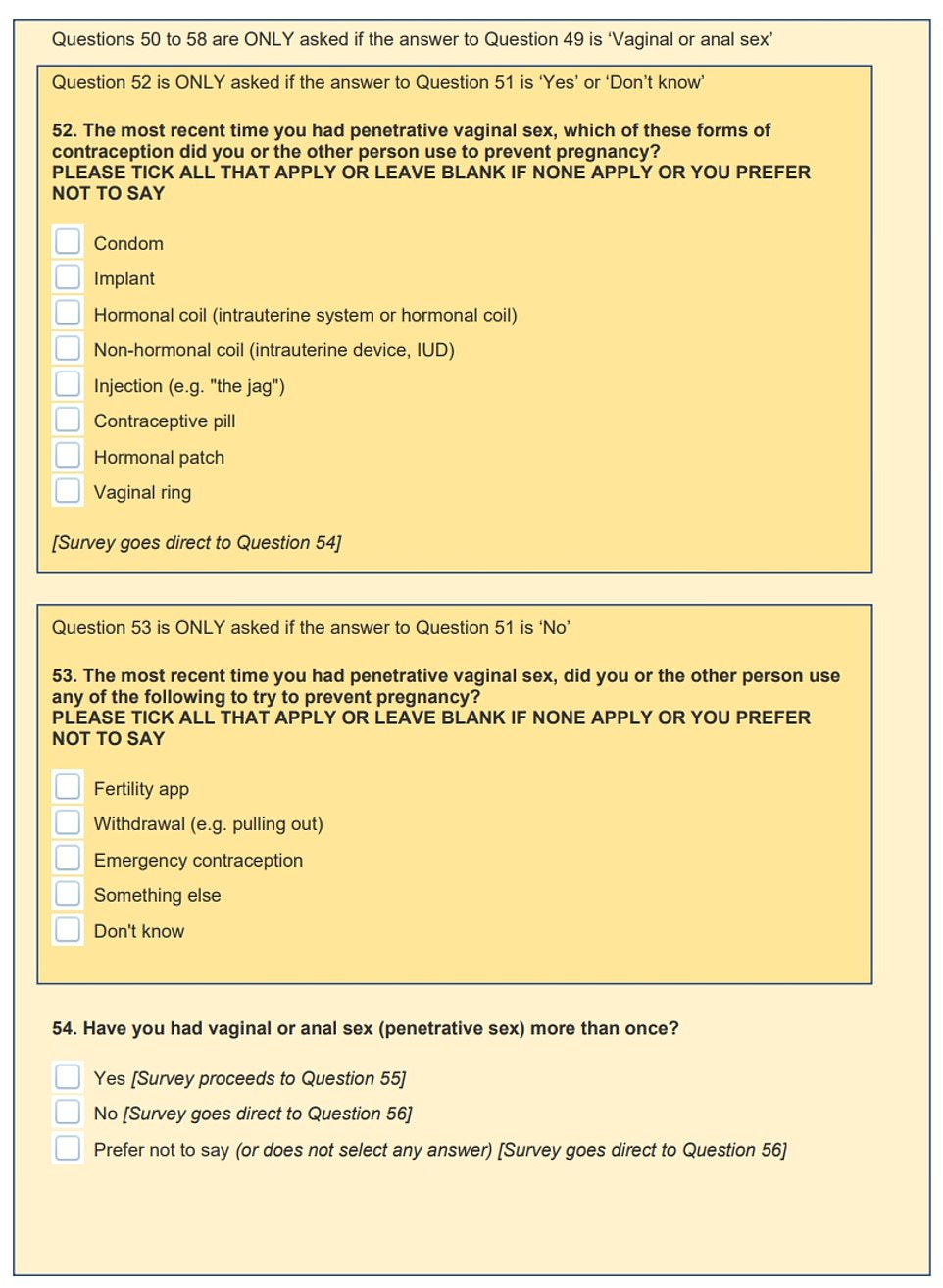 Of 32 local authorities in Scotland, ten have refused to take part in the survey including Scottish National Party-led councils 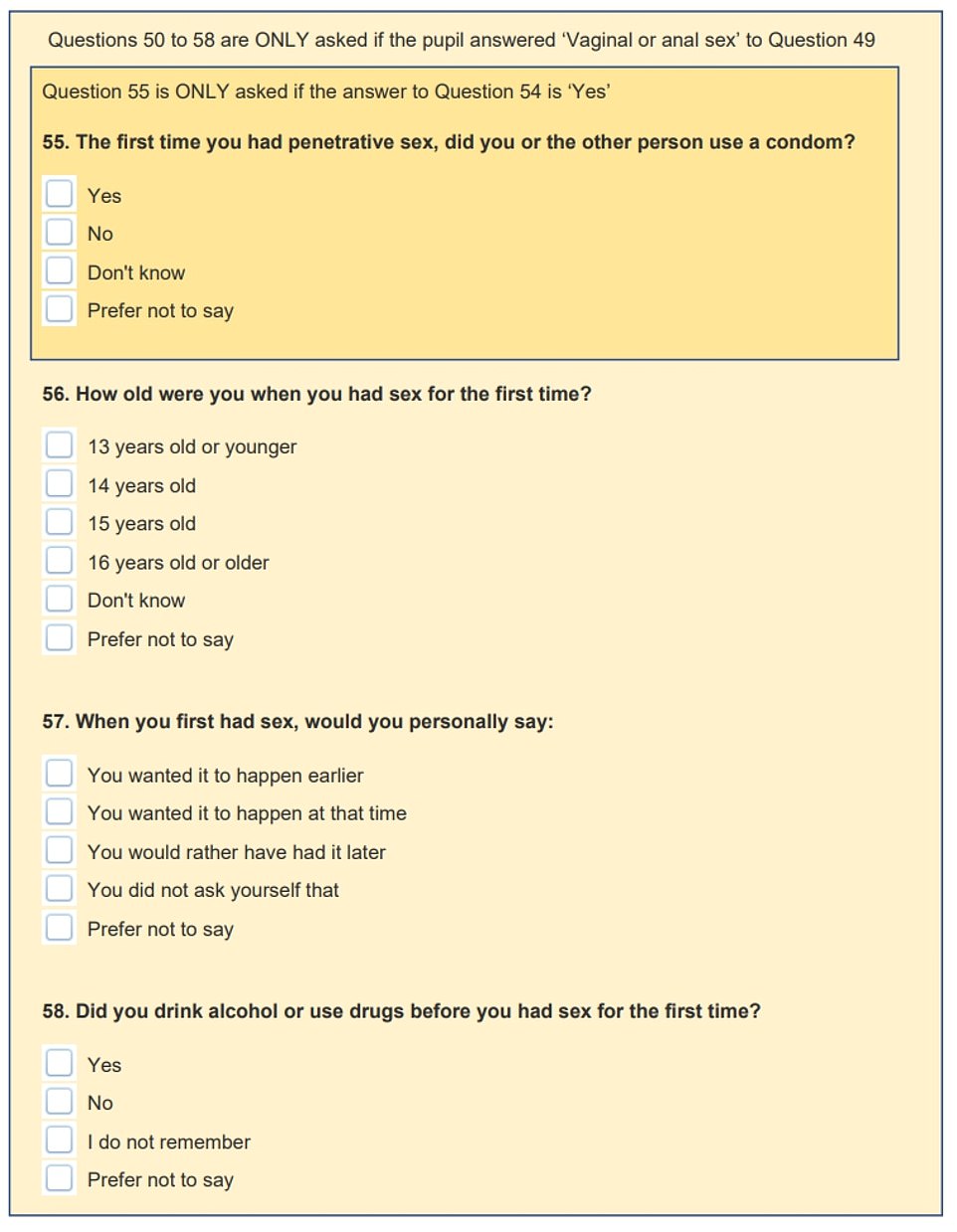 ‘You know, I didn’t face anything like the challenges that young people face now in terms of the levels of online pornography, online harms. How can we make good policy and how can we help support young people to learn about relationships that are so important.

‘The levels of misogyny, and violence against women at the moment is an epidemic and part of that is because we had such poor sex and relationships education.

By Stuart MacDonald for the Scottish Daily Mail 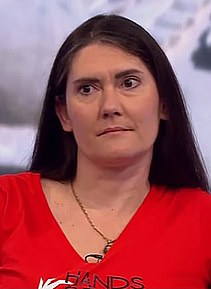 A campaign group has won the right to legally challenge plans to let people choose their gender in this year’s Scottish census.

The Fair Play For Women organisation has been granted a court hearing after SNP ministers allowed participants to self-identify as male or female. Guidance says people can enter a different sex to the one registered on their birth certificate, even if they have not gone through the legal process to obtain a gender recognition certificate.

Transgender rights activists have said the rules will have no impact on the quality of data and people should be able to answer in a way that reflects their daily life. However, feminist campaigners say the guidelines are unlawful because UK-wide legislation stipulates that the census must include a question on sex, and government ministers or departments do not have the power to unilaterally alter what this means.

Fair Play For Women lodged a petition for judicial review of the guidance in the census, due to take place in March. The Court of Session has now ruled the review can proceed, and a one-day hearing has been set for February 2. The campaign group won a court challenge south of the Border last March, when a judge ordered that similar guidance be withdrawn, days before the census in England and Wales.

Dr Nicola Williams, director of Fair Play For Women, said: ‘There are huge differences between males and females in the UK, in critical areas such as crime statistics. That’s why accurate recording of sex matters. The High Court in England backed our position and we are confident that the Scottish court will see it the same way. We will not stand by as the meaning of sex is erased.’

The National Records of Scotland, which is running the census, said it would be ‘inappropriate to comment further’.

‘I know what mine was like, it was absolutely appalling pre-devolution and we have a duty and a moral duty to young people to make sure we get it right for them. And we will only be able to do that if we have the best possible data.’

And former teacher Miriam Cates, the Conservative MP for Penistone and Stocksbridge, told the programme that she had ‘serious concerns’ around the census.

She added: ‘I think to be asking children intimate and intrusive questions from a position of authority and implying to them that they should answer these honestly and you know, even to strangers potentially even though it is through a form and they are identifiable, raises some serious red flags.’

Of 32 local authorities in Scotland, ten have refused to take part and 11 are expected to review the content.

Only eight councils have committed to sending out the survey – including Glasgow City, Perth and Kinross, North Ayrshire, Stirling, Angus, Clackmannanshire, South Ayrshire and Dundee.

The City of Edinburgh Council is carrying out the census in a censored form, excluding questions ‘that we felt would present difficulties’.

Five of the eight which will issue the survey are SNP-led – those being Glasgow, Stirling, South Ayrshire, Clackmannanshire and Dundee.

First Minister Nicola Sturgeon has insisted the census is confidential and ‘ensures that any results of the research or resulting statistics will not be made available in form which identifies individual children and young people’.

It also asks how many people they have had sexual intercourse with in the past 12 months.

The census, the full details of which are not available to parents, is to be given to children in years P5, P6 and P7, but the younger groups’ questions are targeted at matters such as physical activity, mental health and sleep patterns.

Ministers have dismissed calls by the Children and Young People’s Commissioner Bruce Adamson to pause the survey to ensure a ‘rights compliant process’ following concerns over privacy and whether informed consent is available. 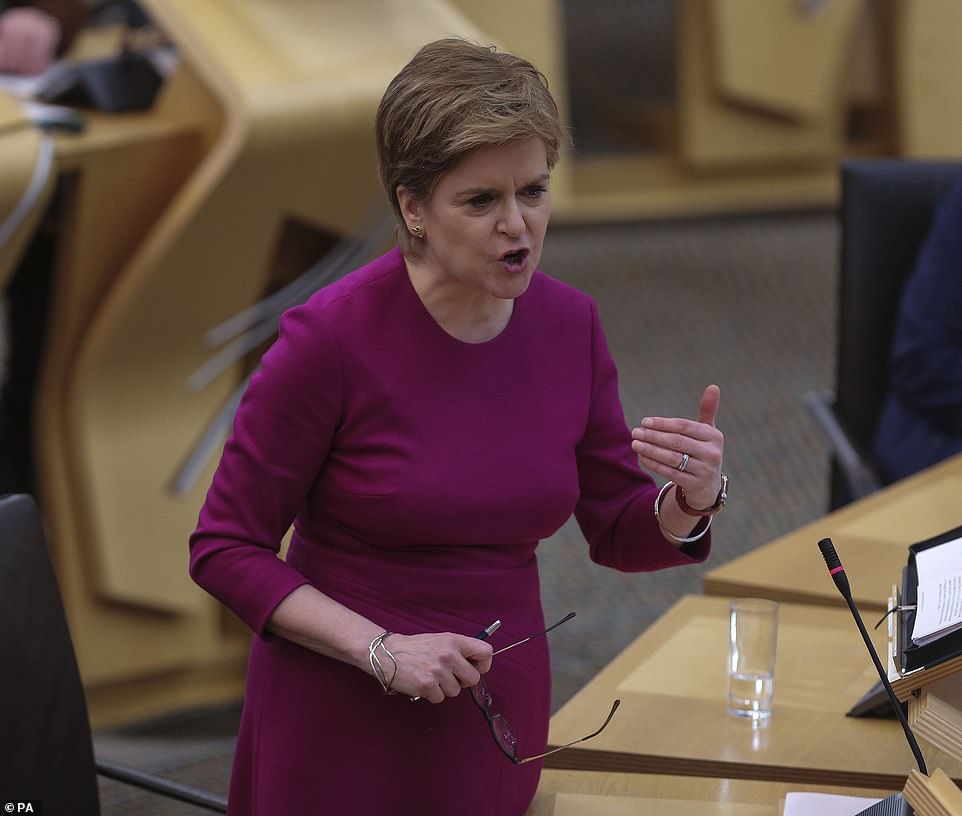 The Information Commissioner’s Office, meanwhile, is looking into concerns that the census is not strictly confidential.

What is the position of the 32 local authorities in Scotland on the census?

SENDING OUT THE SURVEY

SENDING OUT SURVEY IN CENSORED FORM

After a review, Argyll and Bute and West Dunbartonshire councils have said they will not be taking on the survey, while Comhairle nan Eilean Siar and East Renfrewshire have said major changes would need to be made.

Argyll and Bute Council has decided not to take part after hearing concerns ‘about the types of questions being asked’.

Comhairle nan Eilean Siar after a review has said it will ‘not be distributing questions relating to sexual experience to any pupils in the Western Isles’.

An East Renfrewshire Council spokesman said: ‘We are now finalising a version of this questionnaire to be issued in the coming months.

‘Changes are being made to the sexual health section to ensure anonymity and it will also be separated from the main section to allow pupils to choose whether to complete this part of the questionnaire.

‘We will share the questionnaire with parents/carers in advance of anything being issued to pupils.’

Two councils, Dumfries and Galloway and Renfrewshire, which had previously stated they were to distribute the survey, have indicated a change of thinking.

A Renfrewshire Council spokesman said: ‘We have been following national and local responses to the national health and wellbeing survey, including the views of the children’s commissioner.

‘We decided to temporarily pause the survey while we consider these views and those of our school communities.’

A Dumfries and Galloway Council spokesman indicated a shift after saying schools ‘plan’ to offer young people the opportunity to respond to the survey from next month.

But the spokesman added: ‘To assure young people and parents, our youth council have been asked to consider whether they wish to give us any additional advice around how best we approach this work to identify issues children and young people are concerned about and to tailor our advice and support services accordingly.’

A Scottish Government spokesman said: ‘Health and wellbeing surveys like this one are not new and play a crucial role in ensuring children and young people have access to the help, advice and services they need.

‘Parents/carers and children and young people are informed of how their data will be used in advance of any taking part in the census and they can decide to opt out if they wish.

‘If children and young people do take part, they can skip any question they don’t wish to answer or state that they would ‘prefer not to say’. The questions for each stage are age appropriate.

‘We fully support the administration of this important, voluntary, census.’