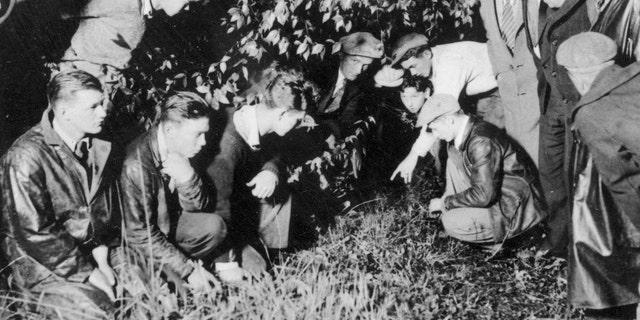 Newsmen and spectators are watching as a young man points to the spot where the body of 19-month-old baby Charles A. Lindbergh Jr., was found in a shallow grave, near Mount Rose, N.J., on May 12, 1932. The infant son of world-famed aviator Charles Lindbergh was kidnapped on March 1, 1932, and found dead, only four-and-a-half miles away from the Lindbergh estate. (AP Photo)

1932: Charles A. Lindbergh Jr., the 20-month-old son of Charles and Anne Lindbergh, is kidnapped from the family home near Hopewell, N.J.