Thousands more criminals are to get electronic tags

The return of chain gangs: Criminals clear rubbish from waterways and number of offenders with tags will double under crackdown by new Justice Secretary Dominic Raab

Criminals will be told to clear rubbish from waterways in ‘chain gangs’ under a law and order crackdown.

At the Tory conference today Justice Secretary Dominic Raab will also announce that the number of offenders forced to wear tags will double.

Those ordered to carry out unpaid work by a court will be required to clean hundreds of miles of towpaths under an agreement with the Canal and River Trust. They will wear high-visibility ‘Community Payback’ tabards while doing so.

It will mark a significant ramping up of existing schemes. The PM has said he wants to see far more offenders undertaking unpaid work.

Under the measures, the orange tabards identifying workers as offenders are likely to be used far more widely.

Mr Raab will say an extra 10,000 robbers, burglars and thieves will be fitted with satellite tags to track their movements when they are freed from jail over the next three years. In all, £183million will be spent on additional tagging. 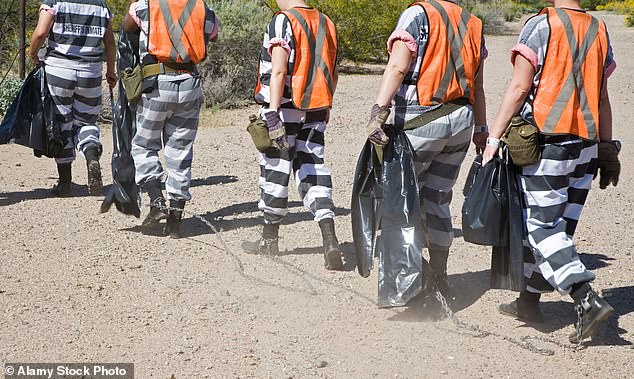 The huge investment will include new types of tag with built-in satellite tracking technology to allow probation officers to identify precise locations.

In a separate programme, 12,000 criminals leaving jail will be made to wear devices that can monitor alcohol intake – and alert probation staff when they go on a binge.

This new use of the technology is designed to protect victims and children from further abuse. Probation officers will even be able to detect whether offenders are in relationships they have not disclosed – so that new partners can be warned about their violent past. ‘This major increase in high-tech GPS tagging will see us leading the world in using technology to fight crime and keep victims safe,’ Mr Raab will say.

‘From tackling alcohol-fuelled violence and burglary to protecting domestic abuse victims, we are developing tags to make our streets and communities safer.’ The existing community work programme will receive a £90million boost with 500 extra supervisors and new partnerships between the Probation Service and major organisations.

It will see a ‘renewed focus on cleaning up streets, alleyways, housing estates and other open spaces’, a spokesman said.

Unlike the historic ‘chain gangs’ in the US and Australia, offenders will not be shackled. Police have dismissed the plans as a ‘gimmick’. Metropolitan Police Federation chairman Ken Marsh said in July that the chain gang scheme was ‘just not policeable’.

‘Who is going to be responsible for making them actually do this?’ he said. ‘It’s going to cost a load of money again and where is this money actually coming from? It’s just another gimmick. The whole plan is full of holes and gimmicks.’ 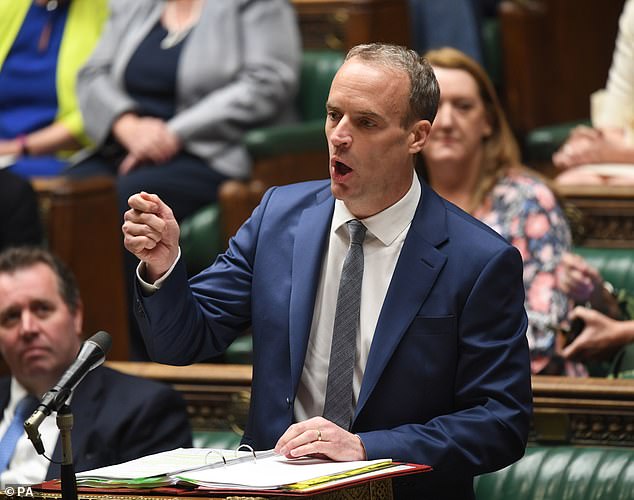 In his speech Mr Raab will say he recognises the impact of Sarah Everard’s murder.

‘We will take the victims’ code, and turn that guidance into law, to make sure that in every case, for every victim, their voice is heard.’ A chief aim will be ‘making our communities safer, so that women can walk home at night, without having to look over their shoulder’, Mr Raab will say.

The GPS tagging scheme has already led to the conviction of a thief whose location pinned him to the scene of a crime, it was disclosed last night.

He was matched to the location after satellite data was shared with police and his probation officer was able to identify him on CCTV footage.

Cullum was recalled to jail and given two three-month suspended terms with a £500 compensation and costs order.

Gunman kills 11 and injures six in shooting rampage in Montenegro