Thousands of Russian soldiers have already called a Ukrainian hotline set to surrender in a fresh humiliation for Putin’s bedraggled army, officials have said.

Andriy Yusov, a spokesman for Ukraine’s military intelligence, said that in just a few weeks some 2,000 people have called the ‘I Want To Live’ hotline in order to give themselves up.

Calls have come from soldiers in Ukraine, those still in Russia who have been conscripted, and some who have not even received draft orders yet who wanted to check the procedure, Yusov claimed.

It comes after Putin ordered 300,000 conscripted men to be sent to the frontlines in Ukraine in order to prop up his failing invasion. 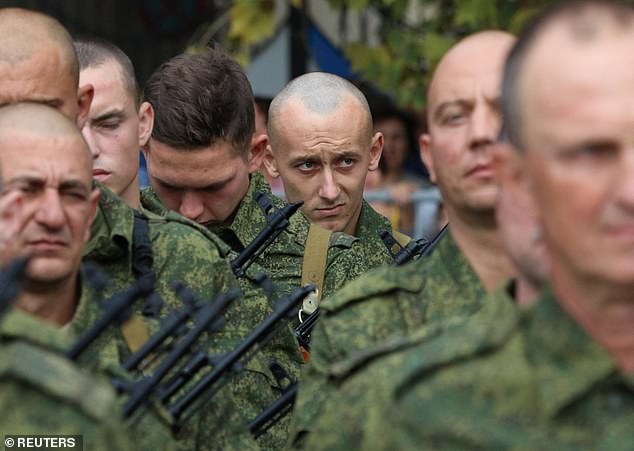 2,000 Russian soldiers have called a Ukrainian hotline that allows them to surrender within just a few weeks, Kyiv’s military intelligence branch has claimed

The despot is trying to cling on to the territory his army has occupied in more than seven months of war, but his exhausted troops are struggling to hold the frontline.

In early September, Ukrainian units broke through the Russian frontline in northern Kharkiv – sparking a rout that allowed them to re-take thousands of square miles of territory in just a few days.

That prompted Putin to issue the mobilisation order which saw thousands of men sent to training camps before deployment, but in the meantime his army has suffered further defeats.

Over the last 48 hours, Ukraine has recaptured dozens of towns and villages in northern Kherson oblast – in the south – with Putin’s troops retreating more than 10 miles in the space of a few hours.

Yusov said calls to the hotline picked up considerably since the Kharkiv offensive, and have continued to grow since.

Speaking to Ukraine’s Freedom TV, he said: ‘Back then, we started to receive calls not just from soldiers who are on the territory of Ukraine as a part of the invading forces

‘Also those who either just got mobilized and are still on the territory of Russia, or their relatives, or even people who suspect that they can be mobilized, and are clarifying this information.

‘In a few weeks, we have already received more than 2,000 such requests.’

Some 370,000 Russian civilians have also fled their home country rather than face the possibility of being drafted, according to neighbouring nations.

Most have headed to Kazakhstan, with the interior ministry there saying that some 200,000 had arrived in just two weeks.

Another 93,000 have gone to Georgia, Russian news outlet Fontanka reported, while the EU said 66,000 headed to its territory – with most thought to have arrived into Finland after the Baltic states of Estonia, Latvia and Lithuania closed their borders. 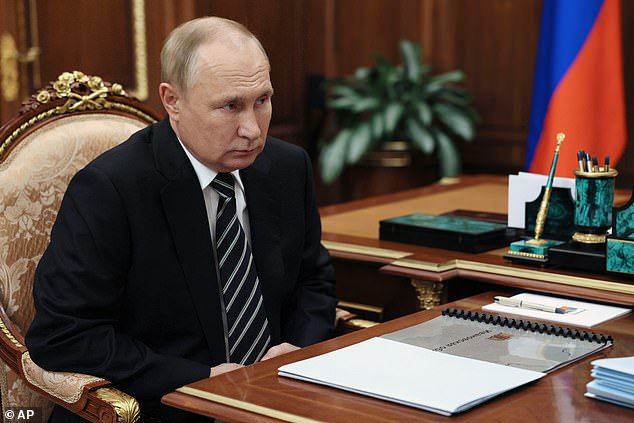 Putin has ordered 300,000 men to be conscripted into the military to prop up his invasion, amid reports that 370,000 have fled the country

Mongolia, which borders Russia in the far east, said 16,000 had arrived there.

Putin has also declared that occupied regions of Ukraine are now part of Russia after staging sham referendums with people asked to vote at gunpoint.

Kherson, Donetsk, Luhansk and Zaporizhzhia will be part of Russia ‘forever’, Putin declared last week in a major speech in which he also lashed out at the West.

But his spokesman, Dmitry Peskov, has since been unable to say exactly where the ‘new’ Russian border will be drawn and Russia has lost territory in three out of those four areas in the days since Putin’s address.