As Russia annexes four regions of Ukraine, an adviser to President Volodymyr Zelensky has warned that Russian forces will “simply be exterminated” as the conflict escalates further. Mykhailo Podolyak said this week: “For our plans, [Russia’s annexation] doesn’t matter. We will protect our land using all our forces.”

Speaking to Politico, he added: “The mobilisation shows that Russia has run out of a professional army. This army is being replaced by absolutely untrained people. A living resource has been thrown onto the front lines, and it will simply be exterminated.”

While Russia has annexed Luhansk, Donetsk, Kherson and Zaporizhzhia, one of these regions could soon be back under Ukrainian control, according to one expert.

Ben Hodges, a retired United States Army officer who served as commanding general, United States Army Europe, tells Express.co.uk how Ukraine devised a “deception plan” which involved convincing Russia they would try and take back Kherson, only to launch a successful counteroffensive near Kharkiv last month. 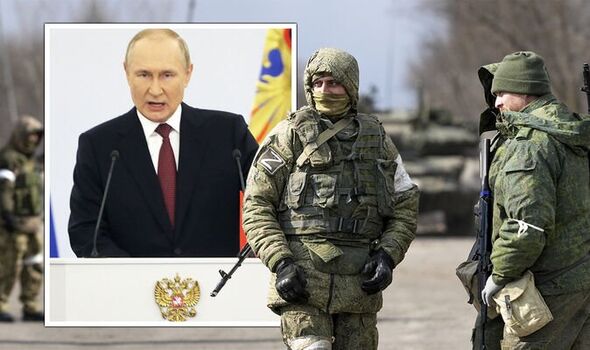 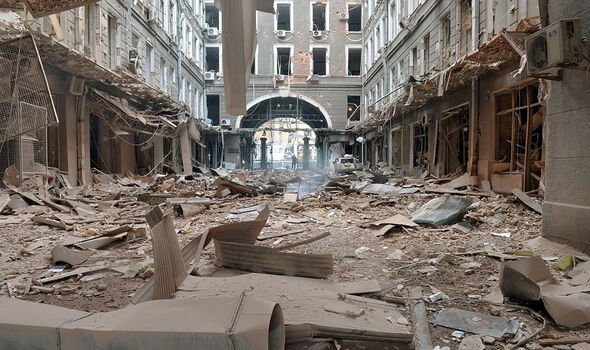 Russia moved thousands of soldiers to Kherson, but these men are now trapped, Mr Hodges adds.

He explained: “This was thorough planning. The deception plan, all of us were waiting for this big offensive in Kherson because the Ukrainians kept talking about it. The Russians even shifted forces down to Kherson, only for Ukraine to attack areas near Kharkiv.

“That’s where they had success because the Russians shifted forces away from Kharkiv. Now you have 7000 Russian soldiers potentially trapped on the Ukrainian side of the Dnipro river (near Kherson). The Ukrainians have also been knocking out bridges to make it difficult for Russians to be resupplied or for them to evacuate with equipment.

“The Ukrainians are going to be patient here, they have Russian soldiers fixed, they cannot get help. They don’t want to turn Kherson into Mariupol by destroying it, so I think they will look for ways to wear down the Russians that are there. 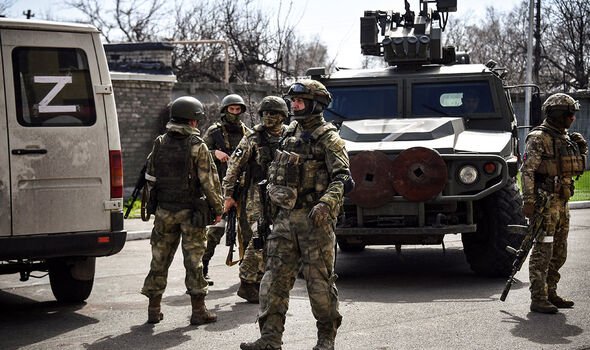 “There’s no need to have to fight in Kherson yet it seems to me.”

Kherson isn’t the only location that Ukrainian forces are hoping to take back soon. The city of Lyman has reportedly been encircled while Russian troops continue to wait there.

Military analyst Konrad Muzyka told The Moscow Times: “Even if the city isn’t already enveloped, all the routes or roads out of the city are under Ukrainian artillery fire.

“Without Russian reinforcements, the city and the entire area is going to fall to Ukraine.”

Lyman sits to the north of the Donets River in the north of Ukraine’s Donetsk region, and is a key area for Russia as it is a key supply hub for the country’s forces.

Even pro-Russian voices are expressing concern about the situation there. The Kremlin-installed head of the so-called Donetsk People’s Republic, Denis Pushilin, admitted that Russian troops are struggling. 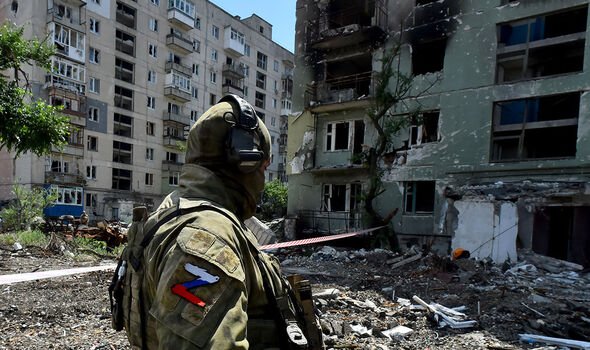 In a Telegram, he said: “Our guys are fighting, we’re sending in reserves and we should be able to last it out, but the enemy has also committed significant forces. It’s very unpleasant news.”

Mr Hodges also believes that Ukraine can deliver what would be a “devastating blow” to Moscow by taking back Crimea in the near future.

The territory was annexed by Russia in 2014, but Mr Hodges believes Ukrainian troops could soon be within striking distance.

He added: “What I anticipate happening over the next couple of months, by December, I expect Ukrainian forces will have had more success moving towards Donetsk. All of this is moving towards taking back Crimea.

I would imagine that once they get closer, and assuming the Biden administration continues to supply weapons, Ukraine can get in range of Crimea. Once you start dropping rockets on Russian airfields and military installations in Crimea, I think Crimea becomes untenable for the Russians.

“Crimea is critical to Russia’s ability to control the Black Sea. President Zelensky said ‘this thing started in Crimea it will end in Crimea’. It would be a devastating loss for the Russians, but it’s Ukrainian territory, now is the chance to regain their sovereign territory.”