Three people have died following a car crash in the Republic of Ireland on New Year’s Eve.

Two cars collided on the N52 slip road in Kells, just off the M3 motorway, at around 4.45pm on New Year’s Eve.

The driver and passenger – both in their 20s – in one of the cars and the woman driving the other vehicle were killed. 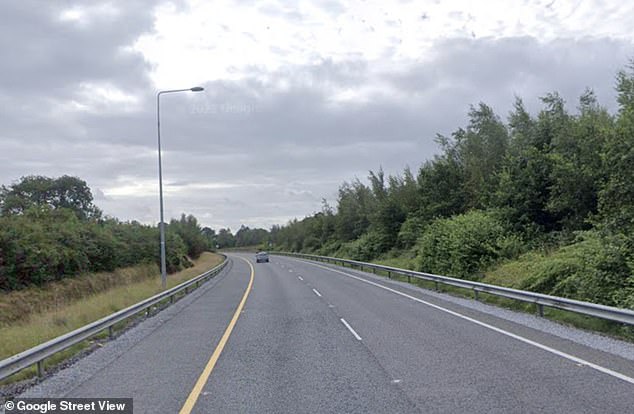 Three people have died after two cars collided on the N52 slip road in Kells, just off the M3 motorway in the Republic of Ireland at around 4.45pm on New Year’s Eve

Three children were taken to hospital for treatment, including a 12-year-old girl who is understood to be in a serious condition.

The road was closed for a technical examination, but has since reopened.

Gardaí are appealing to witnesses, particularly any road users who were travelling in the area at the time.

Meath East TD Thomas Byrne has expressed his condolences to the families of the three people who died.

In a post on Twitter, the Minister for European Affairs said: “My deepest sympathies to the families of the bereaved and prayerful thoughts with the injured.”

Anyone who may have camera footage, including dashcam, has been asked to contact Kells Garda Station on 046 9280820 the Garda Confidential Line on 1800 666 111 or any garda station.