This is the shocking moment gangs of youths fired explosives at passers-by as Halloween celebrations in the capital descended into chaos.

Terrified members of the public and motorists were left watching in horror as a group of thugs pelted fireworks across a high street in Stamford Hill, north London, at around 10.30pm last night.

Elsewhere scores of people were seen running for cover as fireworks were also blasted along a street in Woolwich, south east London.

The scenes come more than a year after Police Federation chair John Apter called for an urgent review into the sale of fireworks amid a spate of attacks across the UK. 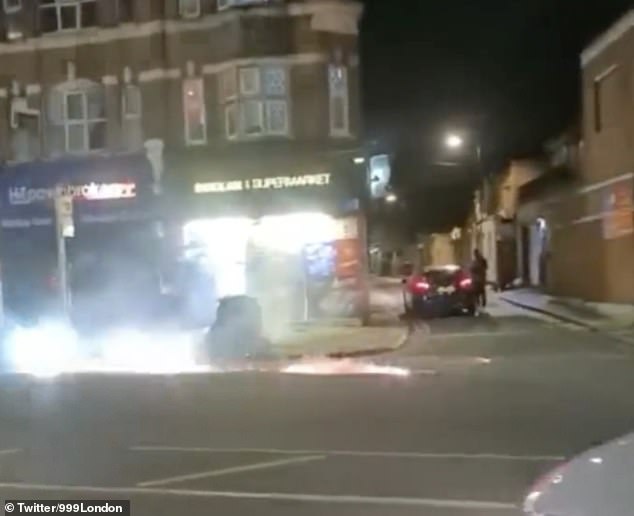 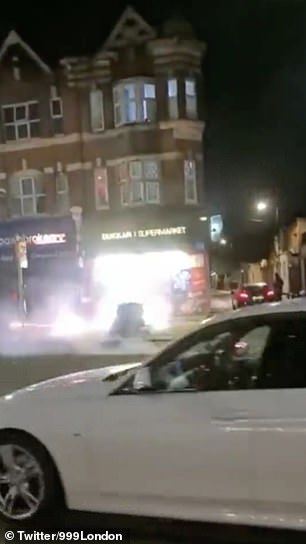 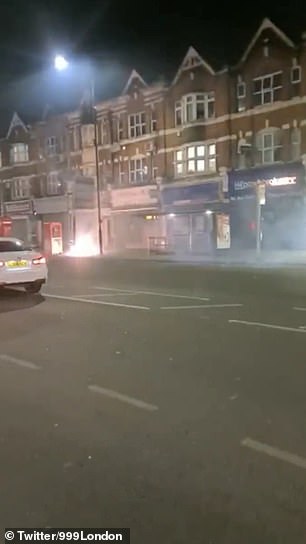 During one clip, drivers were seen carefully manoeuvring their cars along the road as explosives were launched down a busy street in Stamford Hill.

Meanwhile another clip showed police officers running after groups of people and trying to control the crowds as rockets were fired at cars and pedestrians in Woolwich – leaving the area shrouded in smoke.

The scenes come nearly a year after animal carers had to barricade themselves inside the RSPCA Harmsworth Animal Hospital in Finsbury Park, North London, after a gang pelted fireworks across the street.

Police also came under attack as they battled to protect staff and animals at the centre after the youths lined the entrance to the hospital with bins last year.

In November last year footage also showed two groups of youths shooting fireworks at each other on a street in Stamford Hill as members of the public ran for cover.

Elsewhere in Hackney a firework was launched in the street outside a Sainsbury’s as a group of youths fled before police arrived.

Meanwhile in Smethwick, Birmingham, thugs targeted police with a stream of fireworks forcing the officers to flee as the dangerous pyrotechnics exploded around them. 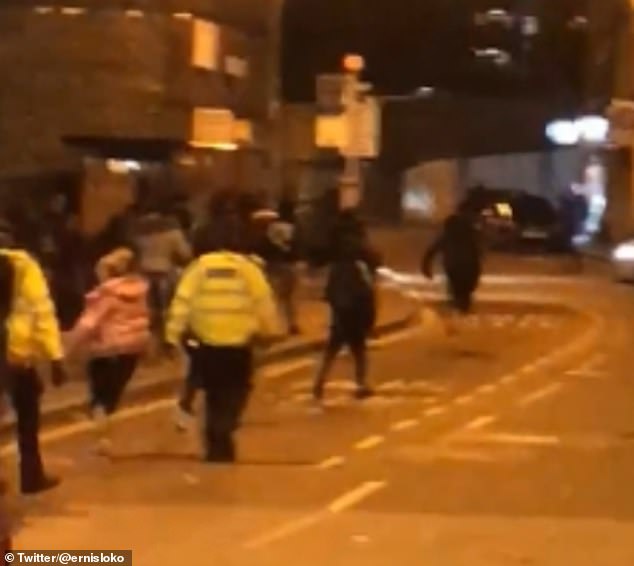 Police officers chased after groups of people after fireworks were launched in Woolwich, south east London 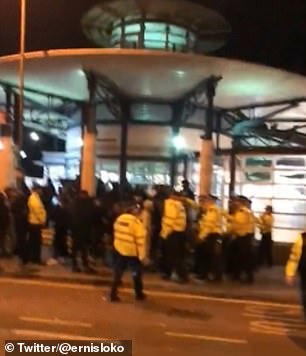 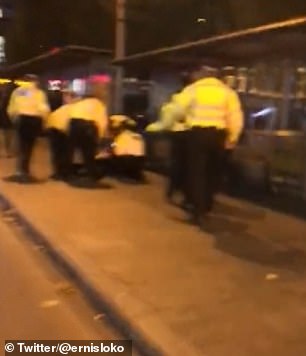 Following the spate of attacks last year, John Apter, the National Chair of the Police Federation of England and Wales, called for an urgent review of the current legislation.

He said: ‘The dangerous, irresponsible and unlawful use of fireworks we have seen can no longer be ignored.

‘This is not just a ‘bit of fun’, it is a serious issue which can, and does, lead to people being badly injured.

‘The current legislation is clearly not fit for purpose, and there must be a comprehensive and urgent review which should include the availability of over the counter fireworks.

‘This violent behaviour towards emergency service workers, who are doing their jobs and helping people in need, is totally unacceptable.

‘There must be harsher punishments to send a clear and unequivocal message that this type of behaviour will not be tolerated.’

at, launch, passer, rockets, thugs
You may also like: