Every NFL team will pay for Tampa Bay Buccaneers quarterback Tom Brady's rage. The league reportedly sent memos to all 32 teams before Week 3, warning them about breaking tablets after Brady smashed two of them during a Week 2 win over the New Orleans Saints, per Fox's Jay Glazer.

Footage of Brady throwing, and likely breaking, one tablet was shown on the broadcast.

Wait a second? Tom Brady smashes 2 tablets last week after smashing a tablet last year & NOW all 32 teams get a memo warning of future ‘significant fines” for Behaving like Brady? Why not just fine Tom? pic.twitter.com/X4fnpqAdCu

After the win over the Saints, Brady acknowledged he broke one tablet, and apologized for it in a video on Twitter.

Tom Brady led Bucs to a win without top receivers

The Bucs won the game, but it was rough going for Brady. Both Chris Godwin and Julio Jones did not play due to injuries, and while Mike Evans did play, he was ejected for fighting. That left Brady with Russell Gage, Scotty Miller and Breshad Perriman as the team's primary receivers. Perriman made the big play with Evans out, hauling in a 28-yard touchdown pass in the fourth quarter.

Brady finished 18-of-34 for 190 yards and one touchdown. Brady did not throw an interception, but did lose a fumble.

In his video after the game, Brady called it an "ugly" game. 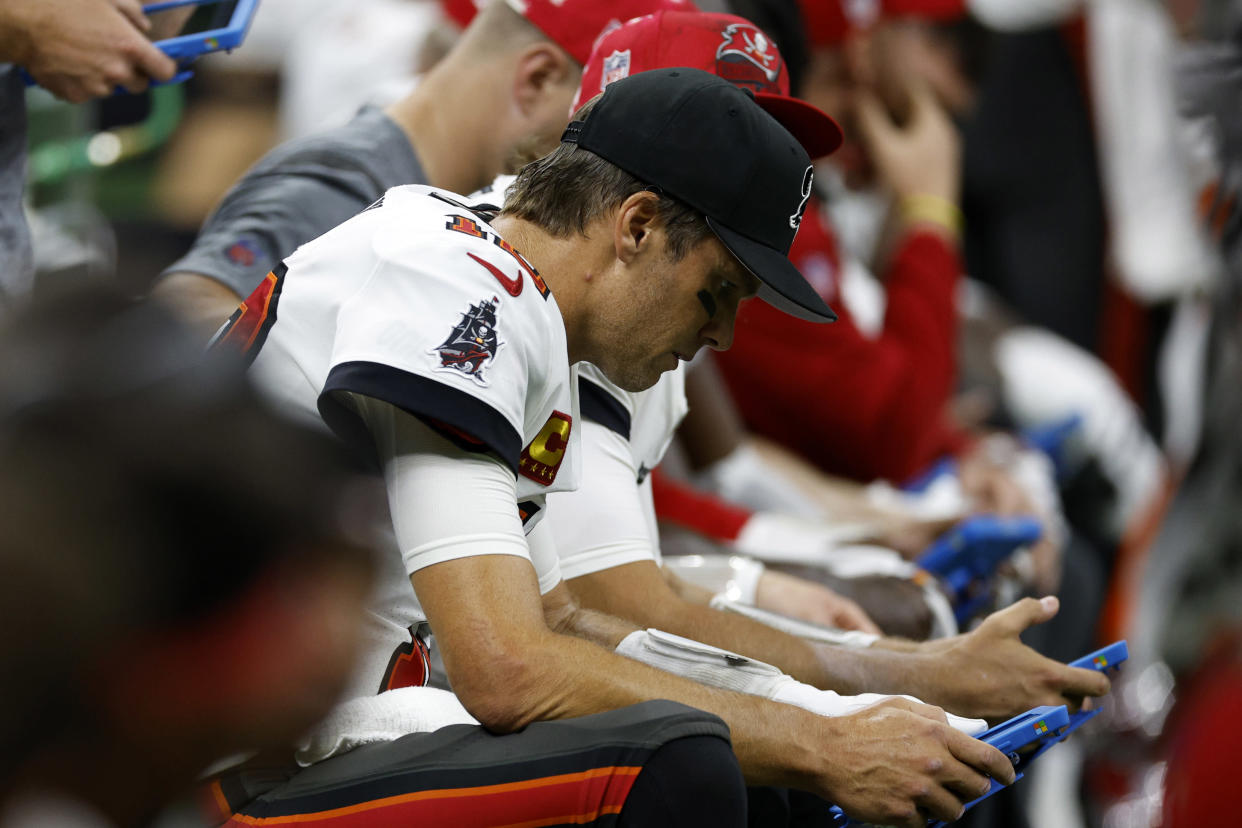