Tampa Bay's offense was sluggish on Sunday, and Tom Brady took his frustrations out on his offensive line.

The Buccaneers went into halftime without a touchdown and trailing the Pittsburgh Steelers, 10-9. They went on to lose, 20-18 in a game that Pittsburgh finished without injured starting quarterback Kenny Pickett.

With the final seconds ticking off the second-quarter game clock, Brady had some words for his offensive linemen on the Tampa Bay sideline. They were't exactly encouraging.

Tom Brady with some words to his offensive line. pic.twitter.com/qBqjD7vfKg

"You're so much better than the way you're 'f***ing playing," Brady said before dropping at least one more f-bomb on the guys tasked with protecting him.

Why was Brady upset? He faced repeated pressure against the Steelers pass rush and was sacked twice before halftime. He fumbled on a second-quarter sack by Alex Highsmith. The Bucs recovered the loose ball, but punted three plays later after the sack knocked them back to second-and-19. 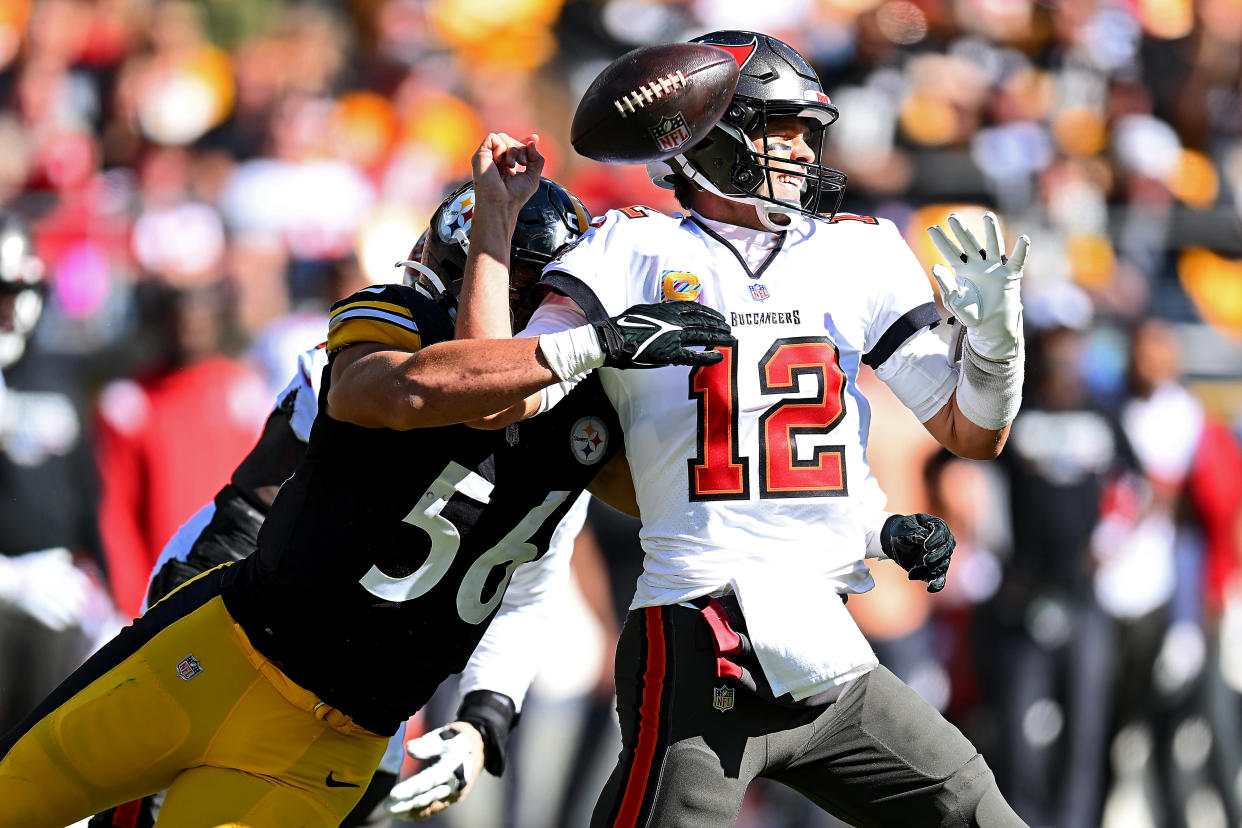 Brady finished the half completing 10-of-21 passes for 110 yards. Tampa Bay's ground game didn't fare much better, tallying 42 first-half yards on 3.5 yards per carry. The Bucs finished the game with 304 yards of total offense

Sunday wasn't the start of Tampa Bay's offensive woes. The Buccaneers entered Week 6 ranked 21st in the NFL with 20.6 points per game and 20th with 337.6 yards of offense per game. A vintage Brady offense, this is not.

This is clearly not the swan song Brady envisioned, for myriad reasons. His frustrations boiled over at the expense of his linemen on Sunday.