CHINA'S new top secret stealth fighter jet has reportedly been spotted cruising through the air for the first time.

Pictures show the blue-green aircraft in flight as it is expected to play a vital role in the People Liberation Army Navy's carrier force development. 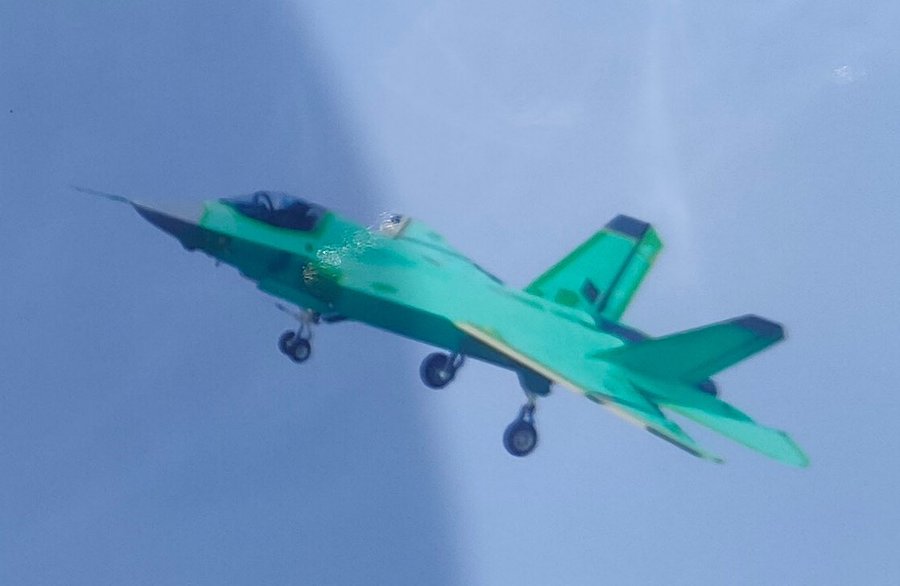 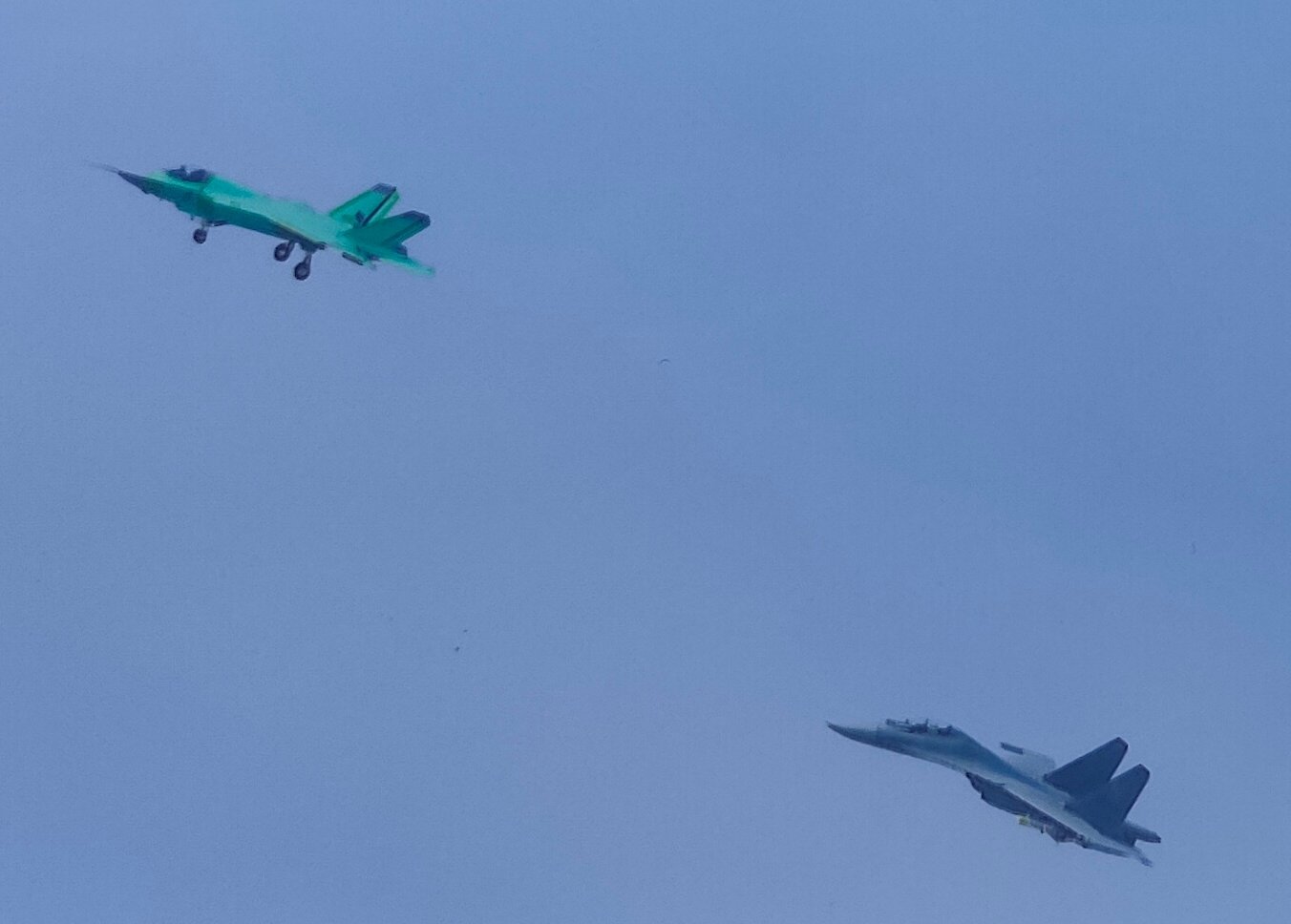 It is thought to be the first time the prototype -a carrier version of China's Shenyang FC-31 stealth fighter – has ever been flown.

The jet -the first stealthy carrier-capable fighter to be developed outside the US – has twin canted tailfins, twin engines, a high-mounted cockpit, as well as a catapult launch bar and a wing-fold mechanism.

It has the same basic configuration as the land-based FC-31, which was first flown in prototype form in 2012, reports The Drive.

This carrier version of the jet is thought to be derived from the baseline design of the second variation, which featured aerodynamic refinements, including smaller and vertical tails.

It's unknown what the designation of the new carrier fighter is, but according to the outlet there's speculation it could be J-21 or J-35.

A memo in an annual report on Chinese military developments the Pentagon sent to Congres last year said: "Development continues on the smaller FC-31/J-31 for export or as a future naval fighter for the PLAN’s next class of aircraft carriers."

China has not been forthcoming with details about the carrier jet.

In December 2019, however, a silhouette of the FC-31 appeared on the Weibo microblogging site hailed as a "future carrier-borne fighter".

Days after, the structure department of the Aviation Industry Corporation of China (AVIC) Shenyang Aircraft Design and Research Institute revealed it was developing a "new" fighter.

It comes after experts said China's "aggressive" bomb test appears part of a 20-year strategy to defeat the US Navy by destroying ports as Beijing prepares for war.

Wargames from Beijing have escalated in recent months and the country's military has been conducting tests using underwater explosives.

Video from the state's mouthpiece The Global Times shows a large gush of water rising into the air during a simulated attack at an unnamed naval port.

Thousands of pieces of data were collected by sensors as computers analyzed how much of the port had been destroyed.

Captain Zhao Pengduo, Deputy Director of the Naval Port Demolition Test Program, told the outlet the weapons were designed for a surprise attack.

He said: “If we can use stealthy ways, like underwater explosions to destroy the ports, we can kill off the enemy's war potentials.”

Michael Beckley, author of Unrivaled: Why America Will Remain the World's Sole Superpower, told The Sun that the port test is just the “latest sign” that China is gearing up for war.

He said: “The threat is urgent. China has a window of opportunity to invade or blockade Taiwan in the next few years, before Taiwan and the United States finish upgrading their defenses.”

Chinese, fig, secret, stealth, Top
You may also like: