Liz Truss LAUGHED at me when she sacked me from the Government, Tory MP Johnny Mercer claims

Tory MP Johnny Mercer said Liz Truss laughed at him when she sacked him as Veterans Minister, adding that the move was a ‘gut punch’ that sent him into depression.

He also said the Prime Minister had lost authority by turning the Conservatives into a ‘libertarian’ party and handing Labour a massive poll lead.

The Plymouth Moor View MP said that in dismissing him, Ms Truss reneged on the promise she made during her Tory leadership campaign that veterans’ affairs would not be downgraded under her Government.

As soon as she took office on September 6, she removed him from his post and folded his responsibility for veteran care into James Heappey’s role as Defence Minister.

‘When this happened it was such a gut punch. I remember Liz kind of laughing while she did it,’ Mr Mercer said in an interview for the Men’s Health Talking Heads series by Alastair Campbell.

‘She was giggling and looking at the floor and I was just thinking “I am a mug for believing these guys”, and it sucked the air out of me. 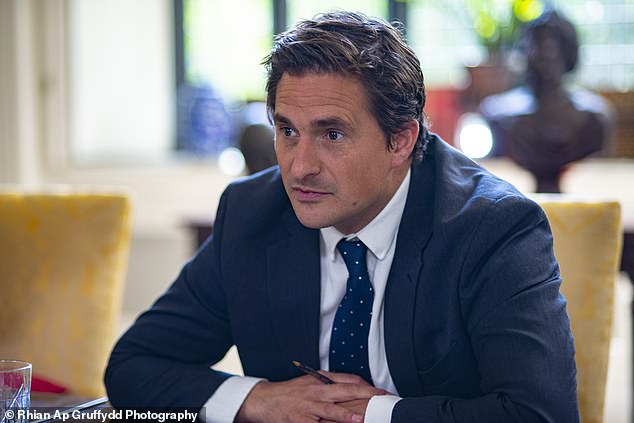 ‘I was thinking, “I’ve given seven years of my life to this, put my family through the mill for it, and you are laughing at me”.

‘I tried to shake it off, went home, got pissed, all those things you shouldn’t do, but the thing about depression is it creeps over the back of your head.’

The former British Army officer, whose military career included several tours of Afghanistan, said that while he felt he had made progress for ex-service people, Ms Truss’s move made him doubt his time in politics.

‘It’s gone at a stroke and it does make you think “why did I bother with this thing?”,’ he said.

Mr Mercer said he no longer identified with the Tory party after the change in direction under Ms Truss. 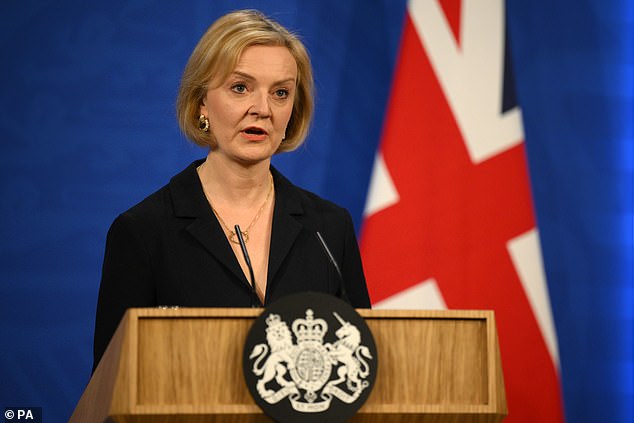 Asked if the Prime Minister could get him back, Mr Mercer said: ‘Well, she has changed her views a lot over the years. There is an extraordinary arrogance here. You come in and within 28 days, you’ve gifted a 33-point lead to the Opposition.

‘It’s hard to get people to do what you want them to with that on your record. Almost impossible.’

Mr Mercer also conceded that if he was asked whether a Labour government under Sir Keir Starmer or a Tory government under Ms Truss was better for the country, he would find it very difficult to answer. 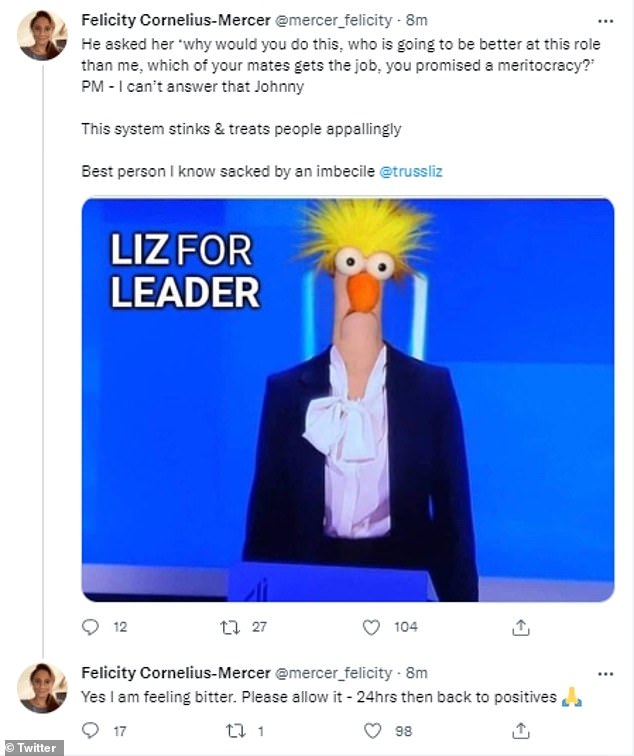 When he was sacked in September, Mr Mercer said he was ‘disappointed’ but accepted the PM was ‘entitled to reward her supporters’.

His wife Felicity Cornelius-Mercer went further, calling Ms Truss an ‘imbecile’ and posting a picture mocking the Prime Minister as a character from The Muppets television show.

Ms Cornelius-Mercer angrily tweeted that the Cabinet system ‘stinks’ and ‘treats people appallingly’ after her husband was removed from his role as Minister of State for Veterans’ Affairs.