Train crashes through semi trailer that got stuck on Ohio railroad

Video has captured the moment that a semi truck that got stuck at a railroad crossing was obliterated by a speeding train in Ohio.

The truck could be seen stopped over the tracks at 7pm on Monday in Columbus Grove, a village about 90 miles North West of Columbus, Ohio.

The footage was posted online by witness Mark Myers, who simply captioned it: ‘So, that was an interesting trip to get Luke from football’.

The crossing gates can be seen closing around the vehicle – with one hitting the trailer roof and the other wedging behind the truck cab.

Moments later, Meyers can be heard saying: ‘I think I hear the whistle.’

As the train comes into their view, Myers says, ‘Oh my God, he’s going to be hit. How are you not just going?’

Sure enough, just a few seconds later, the train strikes the side of the truck’s trailer, sending it flying.

A steel structure over the tracks is pulled down, as the train continues to plough straight through the wreckage – dragging part of the trailer about 250 yards down the track before coming to a halt.

‘Oh my gosh,’ Myers says as the scene unfolds, before turning his camera back to the truck – which now only has a cab that starts to pull over to the side. 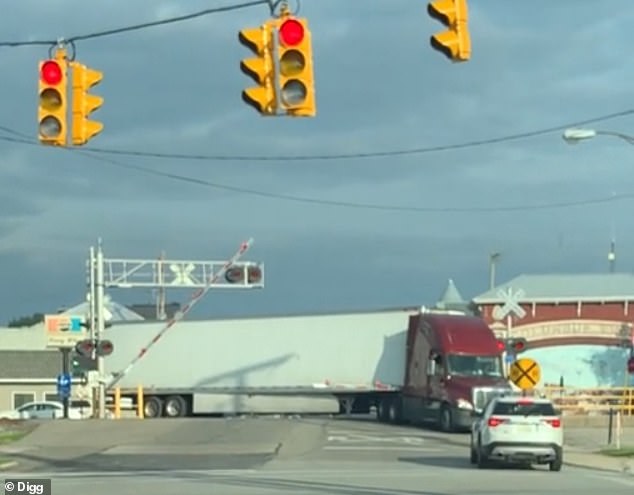 A viral video shows the moment a semi truck got stuck on the railroad tracks in Columbus Grove, Ohio Monday night as the gate started to close 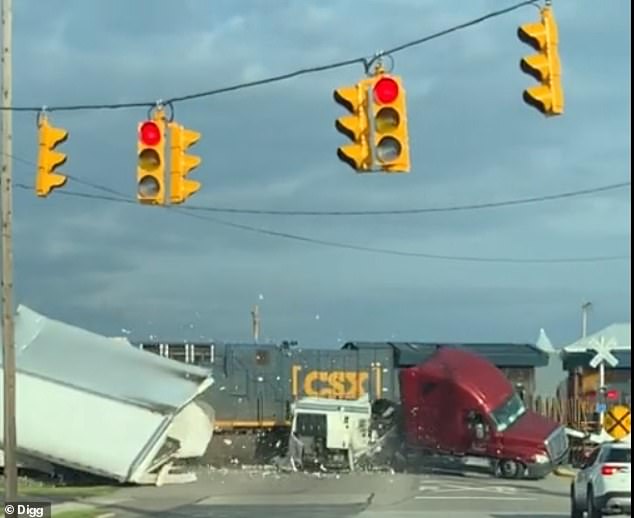 Soon enough, the CSX train plows through the side of the truck, sending the trailer flying 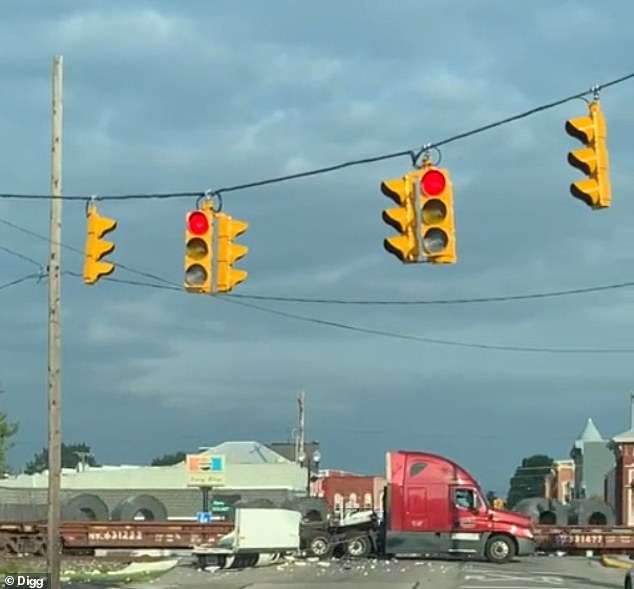 The impact separated the cab from its trailer, with the cab driver pulling to the side following the impact 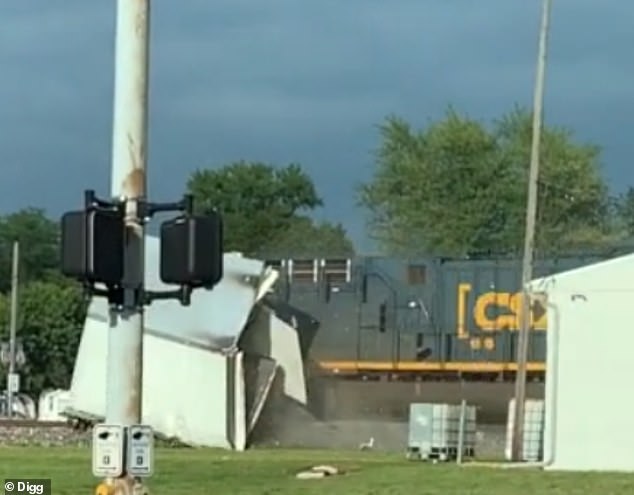 Fortunately, the Putnam County Sheriff’s Office said, no one was injured in the crash, with train crew members seen in local news footage leaving the train unharmed.

Police said they started receiving reports of a CSX truck on the railroad tracks at around 6.45 p.m. but it was already too late to stop the oncoming train.

They have also said that initial indications show the truck’s driver had trouble maneuvering across the cross bucks and could not get out of the path of the train.

Another video from the incident, taken from the other side of the tracks, shows the truck try to pull up a few feet as whistles could be heard in the background, while a woman says, matter-of-factly: ‘There is a train coming.’

Then when the train plows through the truck, the video shows the cab lilt to the side, sending the cab flying as the woman screams, ‘Oh my f****** God. Holy s***.’

Footage from the aftermath of the horrifying crash show debris strewn across the street, with what appears to be part of the trailer landing upside down as authorities investigated the incident Monday night.

DailyMail.com has reached out to Puntam County Sheriff officials for more information. 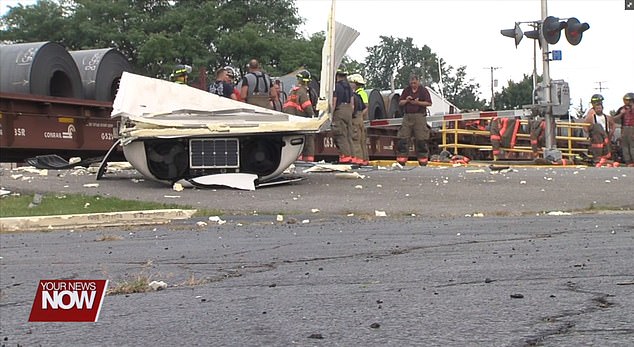 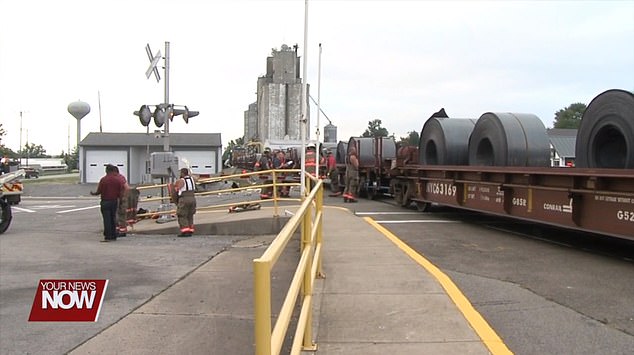 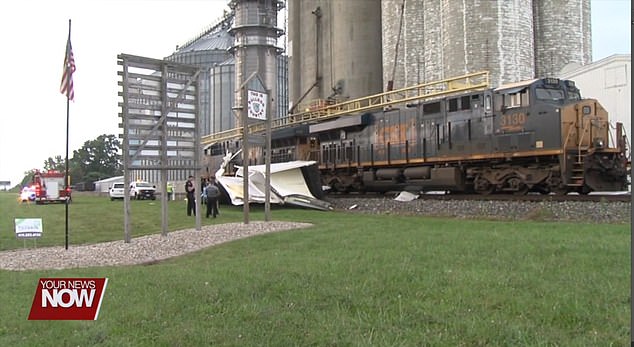 crashes, semi, through, tra, train
You may also like: