Follow
Home » World News » Trevor Noah on his imminent departure from 'Daily Show': 'I wish someone had told me what a grind it was'

Trevor Noah on his imminent departure from 'Daily Show': 'I wish someone had told me what a grind it was' 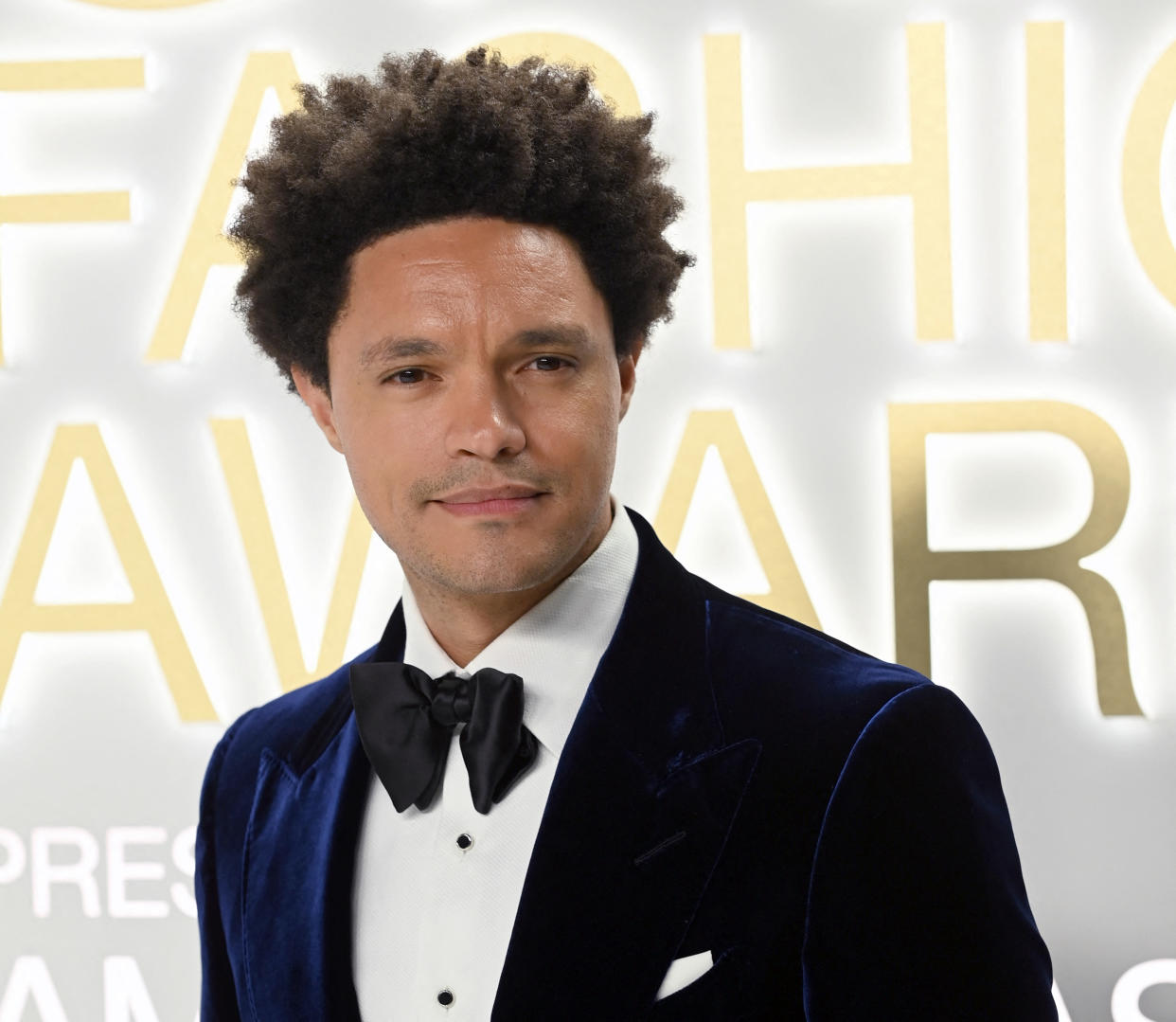 Trevor Noah is discussing his The Daily Show departure — and it turns out it was a huge surprise to many.

"I'd rather people be sad than be happy, like, 'Good riddance, that d*** is out of the building,'" Noah told the Hollywood Reporter of his upcoming Dec. 8 exit from the Comedy Central show.

When he made the announcement in September during an unscripted moment during the show, the Daily Show showrunner, Jen Flanz, and head writer, Zhubin Parang, were both in the dark. So were two Paramount execs he had lunch with the day before. Even his reps found out as news broke as well.

After the taping, staffers were gathered to discuss the news. Flanz said it was "quick and very quiet" and Noah, who hosted the show for seven years, "apologized to everybody." She added, "I think I'd always hoped he was just the Energizer Bunny and would go on forever."

"Maybe this comes with not being raised in America, but I believe that everything should end," said the South African TV host and comedian. "A lot of American business and American media is just like, ‘Keep it going as long as possible,’ but I think it’s healthy for things to end when they’re still in a good place. I want to leave before I’m burnt out, because there are many other things I’d like to do."

Noah initially declined previous host Jon Stewart's offer to become a correspondent on the show in 2013 because he was focused on his stand-up career. He eventually changed his mind and then took over for Stewart in 2015. After bumpy early days, he found his footing as host — with some thanks to former President Trump, whose antics made for good fodder. Noah also excelled while leading the show through the pandemic.

However, it was during the pandemic — as he shot the show from home — when it became clear he was getting worn down. "Oh, maybe this is harder than I'm giving myself permission to express," he said he realized. When the world started to open more, he began to travel again, something that had long been part of his lifestyle and happiness. After two trips this past summer, he said, "I found myself realizing just how much I'd missed out on."

Returning to the studio in a post-lockdown world didn't help. Noah said he loved floating around the Daily Show office, chatting with people and brainstorming. However, "Now, everybody in the building has masks and we're limited in how many people can be there at a given time and where you can or can't be, and because I'm the host, I'm in this bubble. They'Re all like, 'He cannot get COVID.' And so, what was already an isolated experience was exacerbated, and all of these things just add up."

Noah said he has no part in who will replace him as host. However, he's willing to serve as as a producer or consultant. Many names have been floated, including correspondent Roy Wood Jr. Noah said he's talked to each one of his correspondent to candidly discuss what the job entails.

"I wish someone had told me what a grind it was," he admitted, noting that he was running the show, so it was everything from set design to HR — and it doesn't stop. "There's no moment when breaking news happens where I go, 'Oh, wow, I don't care.' No, I have to care; being informed is part of my job." Asked if he would have taken the job had he known what was involved, he eventually answered, "I don't know that the answer is yes. And maybe that's what saved me, the ignorance, because I am glad that I did it. It's like, would I go bungee jumping again? I don’t know, but I'm glad I did that, too."

He recalled something Stewart said to him when he left the show: "'Try to leave before it drains you, before it makes you tired and angry,'" he recalled Stewart saying. "And I remember going, like, 'Why would you get tired and angry?' And he said, 'It's different for everybody. Just know that you can leave whenever you want to leave. Your journey is your own.'"

As for what's next, there's a long list. For one, there's Noah's Zero Day Productions — a joint venture with Paramount — that will continue and it's got more than 30 projects across multiple platforms in the hopper, including a scripted project based on Noah's early days immigrating to the U.S. and a Broadway musical about apartheid. There's also film in the works about Noah's 2016 memoir, Born a Crime, with Oscar winner Lupita Nyong'o attached to play his mom. A second book as well as podcasts, speaking gigs, voiceover work, writing screenplays and a video game are all in the works. Oh, and he'll also embark on a 28-city North American comedy tour next year.

He will also maybe get a chance to date more privately. Noah, whose exes including Minka Kelly, laughed when asked about being photographed hugging Dua Lipa. However, he did say he finds it amazing "how powerful" tabloid stories can be.