Liz Truss has admitted that there are no trade talks happening with the US as she braces for her first talks with Joe Biden.

The PM is in New York for the UN general assembly, and will meet the US president tomorrow.

But speaking to journalists en route she conceded that there is little sign of progress on the post-Brexit trade pact desired by the government.

Ms Truss said there are currently no negotiations taking place to thrash out an agreement.

And with the US President focused on domestic issues, she indicated she does not expect talks to resumed in the ‘short or medium term’.

Sources confirmed the PM fears meaningful talks may not resume for years. 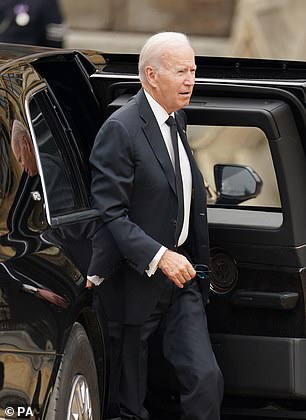 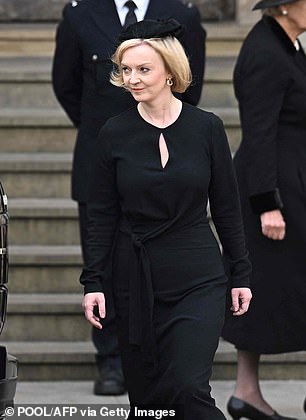 Liz Truss (right) is in New York for the UN general assembly, and will meet US president Joe Biden (left) tomorrow

Trade talks with Donald Trump reached an advanced stage with hopes of an outline deal only knocked off-course by the Covid pandemic.

But Mr Biden, who opposed Brexit, has made clear that he wants to focus on America’s domestic problems rather than seeking new trade agreements.

Ms Truss said the UK would focus instead on striking free trade deals with India, Gulf states and members of the 11-strong Trans-Pacific Partnership (CTPPT) which includes Australia, Mexico, Canada, Singapore and Japan.

Speaking to reporters on a flight to New York, the PM suggested tomorrow’s meeting with Mr Biden would focus on security.

‘The number one issue is global security and making sure that we are able to collectively deal Russian aggression and ensuring that Ukraine prevails and that Putin doesn’t have success in Ukraine,’ she said.

‘That is a huge priority for European security as well as ensuring that we are working together with other members of the G7 to make sure we are not strategically dependent on authoritarian regimes.

‘There isn’t currently any negotiations taking place with the US and I don’t have an expectation that those are going to start in the short to medium term.’

Agreeing a comprehensive US trade deal has been a key Brexit objective for successive governments and was pursued vigorously by both Boris Johnson and Theresa May.

But although Mr Johnson continued to raise the issue when Mr Biden came to power, officials warned privately that the new administration had no interest in trying to make a success of Brexit.

While ministers have pursued individual agreements with a number of US states, such as Indiana and North Carolina, there has been little meaningful negotiation with the White House since President Biden took charge. 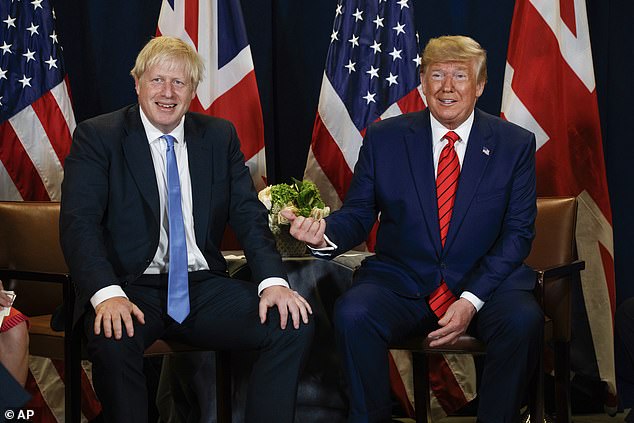 One source said that Ms Truss’s comments were a ‘recognition of reality’.

Culture Secretary Michelle Donelan told Sky News: ‘The Prime Minister and the President will be meeting this week, they’ll be talking about a variety of different issues, including potential trade deals. So let’s see what comes out of that meeting.’

Pressed on the topic of the meeting, she said: ‘The purpose of this meeting is not to secure a trade deal.

‘This is the first bilateral meeting between the newly elected prime minister and the president of the United States.’