Follow
Home » World News » Tua Tagovailoa out after another concussion, Mike McDaniel mum on whether Tagovailoa will play again this season

Tua Tagovailoa out after another concussion, Mike McDaniel mum on whether Tagovailoa will play again this season

Miami Dolphins head coach Mike McDaniel already ruled out Tua Tagovailoa for Week 17 after the quarterback entered the concussion protocol Monday. Backup QB Teddy Bridgewater will start against the New England Patriots in a key AFC East game and McDaniel would not say if Tagovailoa would return this season after he suffered his second reported concussion of the year.

"I've been advised by medical professionals that Tua worries only about the day that he's currently in and nothing else," McDaniel told reporters Wednesday. "I take that very seriously and worry about his health first and foremost and take the advice of the medical professionals."

Tagovailoa entered the concussion protocol for the second time this year a day after the Dolphins lost to the Green Bay Packers on Christmas Day. That was odd given Tagovailoa never left the Week 16 game with any signs of a head injury and McDaniel said no one alerted him of a possible injury during the game until Tagovailoa showed signs of a concussion on Monday. NFL medical chief Allen Sills added Tuesday that Tagovailoa showed "no visible signs" during the game.

This is Tagovailoa's second reported concussion of the 2022 season after he officially suffered one in Week 4 against the Cincinnati Bengals. Tagovailoa left that game in an ambulance after a scary hit and missed the following two games. Tagovailoa also appeared to have suffered a head injury a few days prior in the first half of a Week 3 game against the Buffalo Bills, but he returned in the second half with what the team deemed a "back injury." The NFLPA later fired the independent doctor assigned to the Bills game that allowed Tagovailoa to return to the field.

In the wake of Tagovailoa's most recent concussions, former NFL players have urged the Dolphins quarterback not to play again this season. McDaniel refused to speculate Wednesday whether or not Tagovailoa would return to the starting lineup this season, but he did say Tagovailoa will play if he clears the league's concussion protocol.

"I'll do what the medical experts advise me to do and I'm quite certain they're not going to advise me in the wrong direction when it has to do with his health," McDaniel said. "I'm not going to go in direct conflict with what the doctors have told me to do which is to worry one day at a time. … His health is the first, foremost and only priority." 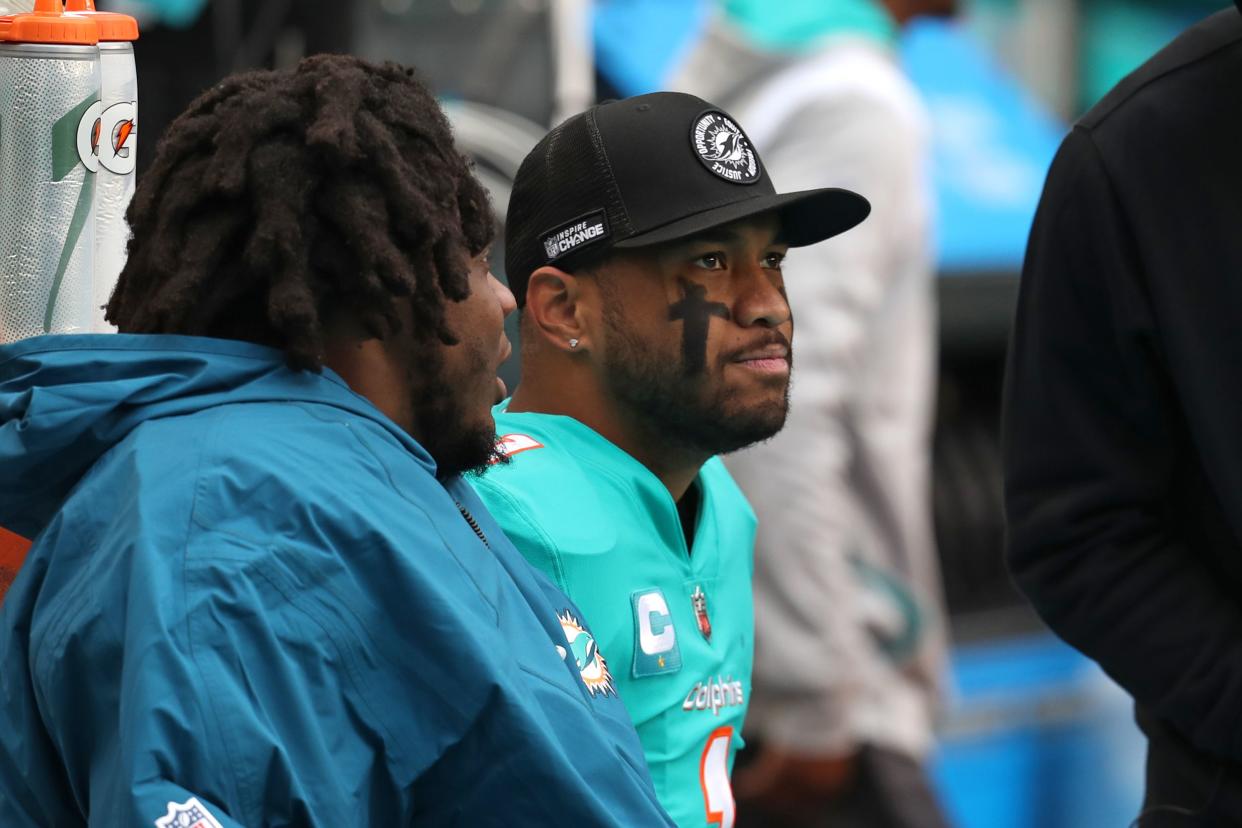