VENEZUELAN soldiers killed two people and injured 12 others on the orders of brutal president Nicolas Maduro who wanted to block aid entering the desperate nation.

The troops opened fire on their own countrymen near the border with Brazil on Friday while roughly 30 million people suffer with malnutrition. 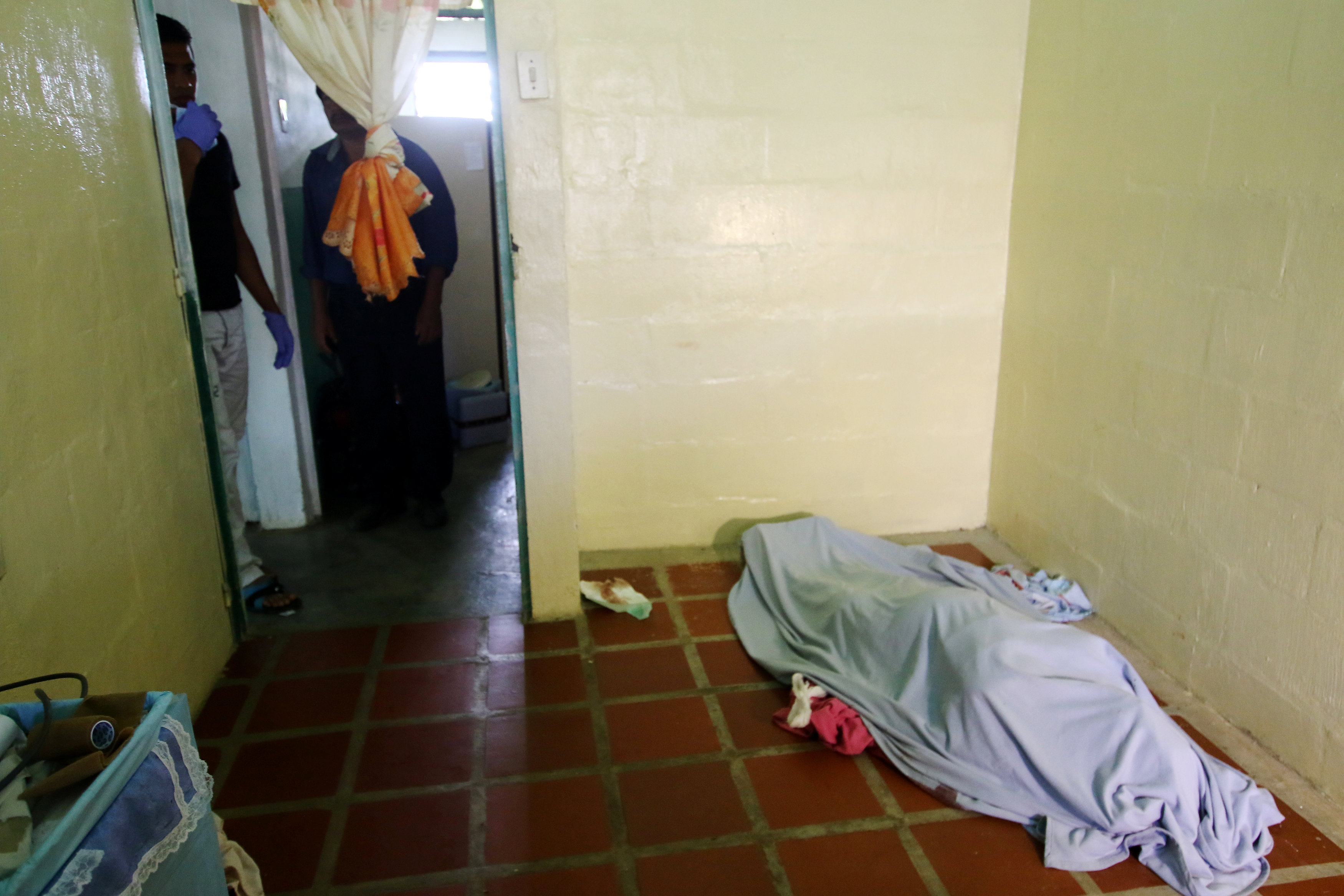 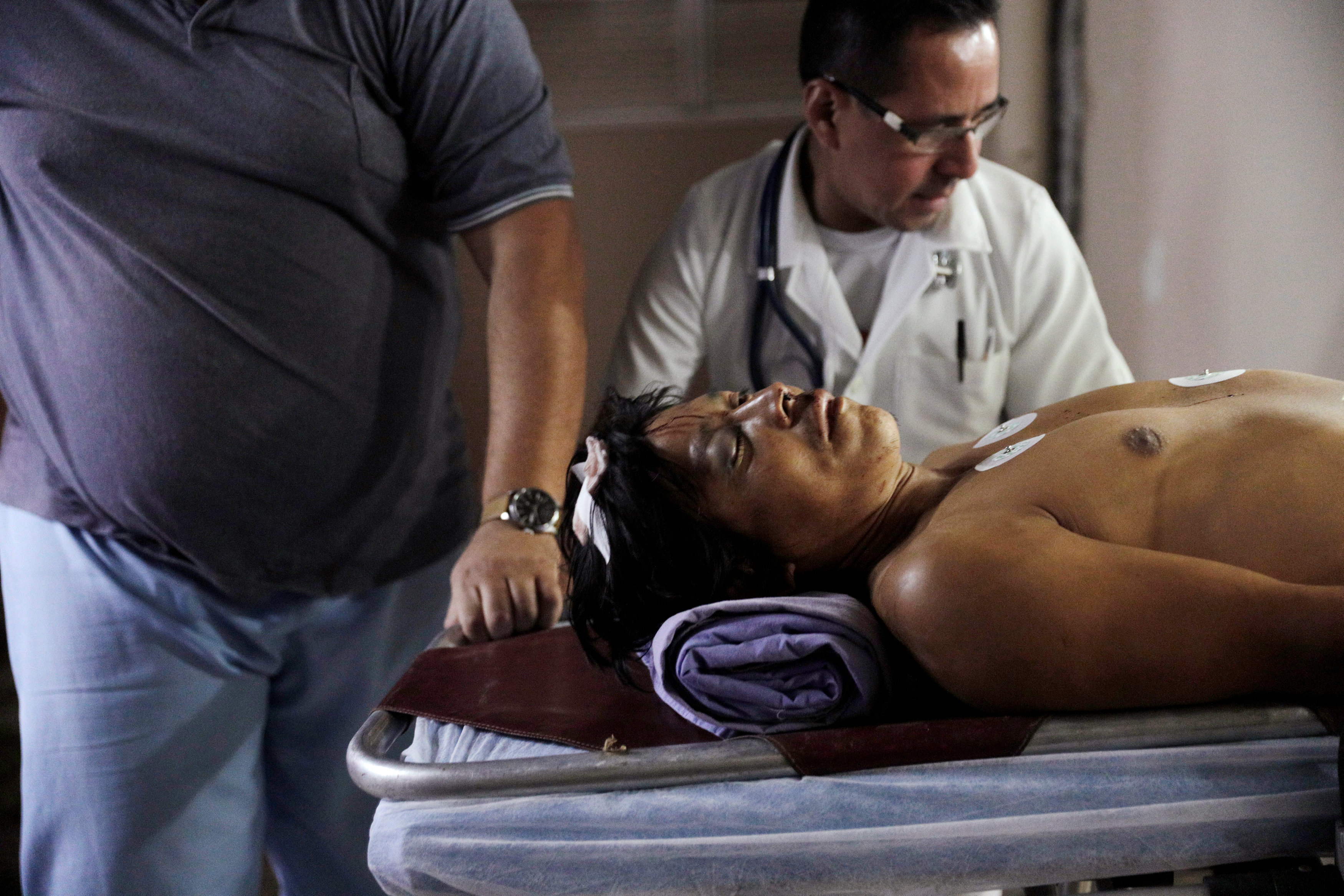 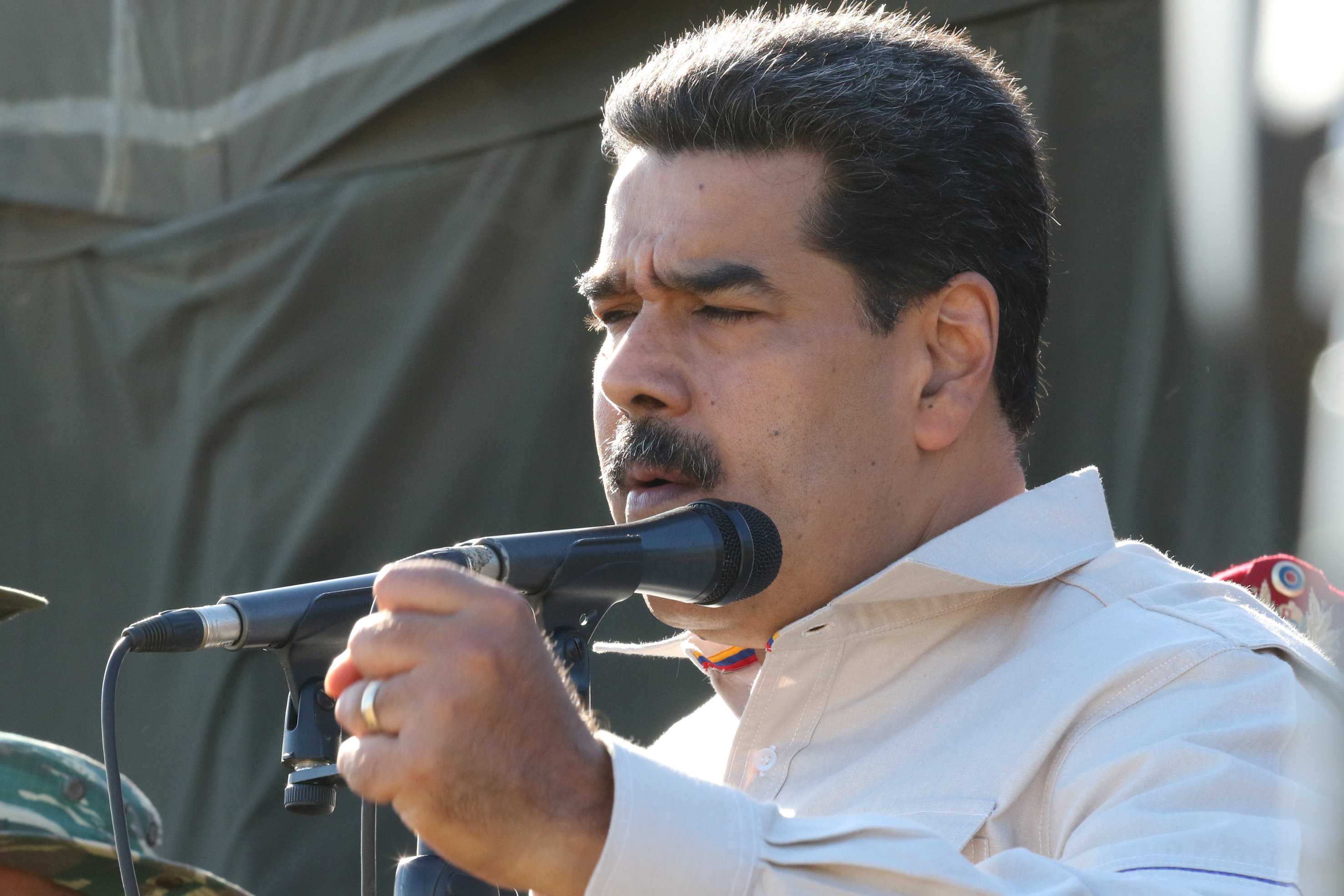 The horrific violence unfolded in the village of Kumarakapay in southern Venezuela when an indigenous community stopped a military convoy rumbling towards the border that they believed was trying to block aid.

Soldiers entered the village and started shooting at civilians, murdering two people and wounding a dozen others.

Community leader Richard Fernandez told Reuters: "I stood up to them to back the humanitarian aid and they came charging at us.

"They shot innocent people who were in their homes, working."

Seven of the 15 injured were rushed by ambulance to a hospital in the Brazilian frontier city of Boa Vista, the state governor's office said.

But a senior figure in Maduro's bloodthirsty socialist party accused the civilians involved in the clash of being "violent groups" directed by political opposition.

Maduro, who became president in 2013 and was re-elected last year in an election widely regarded as fraudulent, had declared Venezuela's southern border with Brazil closed since opposition forces arranged for aid to be brought into the country.

Venezuelan security forces have previously executed dozens and detained hundreds of others since protests broke out in January against Maduro's swearing-in, according to civil rights groups.

Speaking earlier in the day before Friday's massacre, opposition leader David Smolansky said: "We think it's going to enter.

"There will be so many people gathered at the border and in different cities around the country that it will be impossible to stop it."

The critical moment for both Venezuela's government and opposition comes exactly one month after Juan Guaido, a 35-year-old lawmaker, declared himself interim president.

While he has earned popular backing and is being recognised by over 50 nations, he has not sealed the support of the military — whose loyalty is considered crucial to unseat Maduro.

International leaders including U.N. Secretary-General Antonio Guterres had desperately appealed for the sides to avoid violence.

The opposition is trying to get food and medical supplies across bridges that Venezuelan authorities ordered closed Friday night.

In previous waves of unrest, citizens had been tear-gassed and killed during protests.

Venezuelan Foreign Minister Jorge Arreaza said the military would "never have orders to fire on the civilian population" and likened the aid push to a media spectacle.

He told at the UN on Friday: "We can only hope that sanity and good sense prevail in Cucuta, in Colombia, and that it will remain as a big show, a bit party, and that they don't try to open the doors to a military intervention."

The aid push comes on the heels of a giant concert organised by billionaire Richard Branson aimed at pressuring Maduro to accept the aid.

Tens of thousands of Venezuelans gathered in a field to hear pop stars like Juanes sing beneath a scorching sun.

Guaido made a surprise appearance toward the end to cheering supporters.

They also hope to get humanitarian assistance delivered by sea and through Venezuela's remote border with Brazil.

Analysts warn that there may be no clear victor and humanitarian groups have criticised the opposition as using the aid as a political weapon.

Fearful of what they might encounter, some Venezuelans in Cucuta said they planned to stay away.

But others said they'd face the risks and go.

Oscar Herrera, 25, took an 18-hour bus ride to Colombia to buy his infant medicine for a skin irritation earlier this week.

Hernan Parcia, 32, a dad-of-three, said he planned to go with his entire family.

He added: "I'm pained by what's happening to my country. They can count on me." 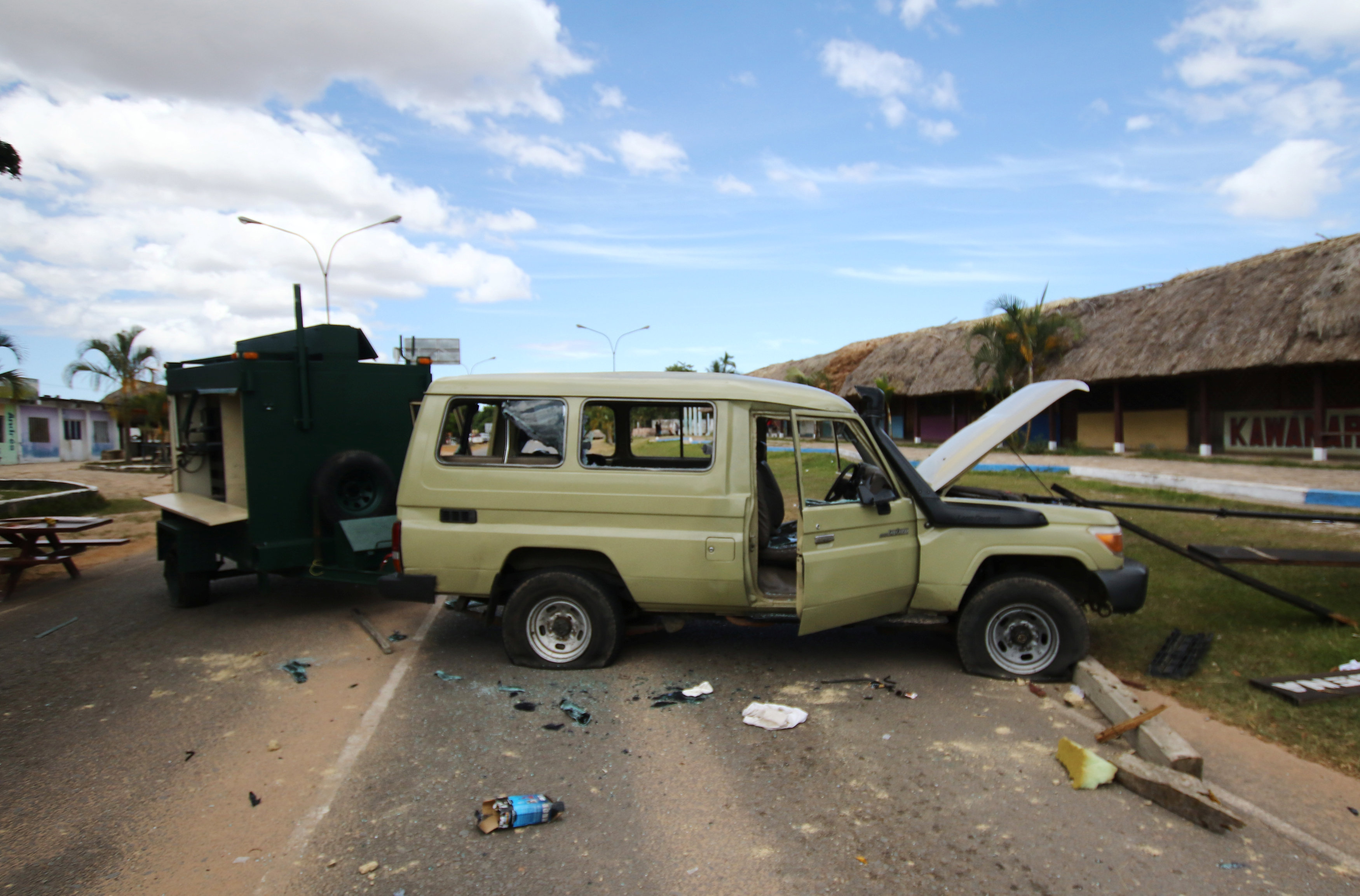 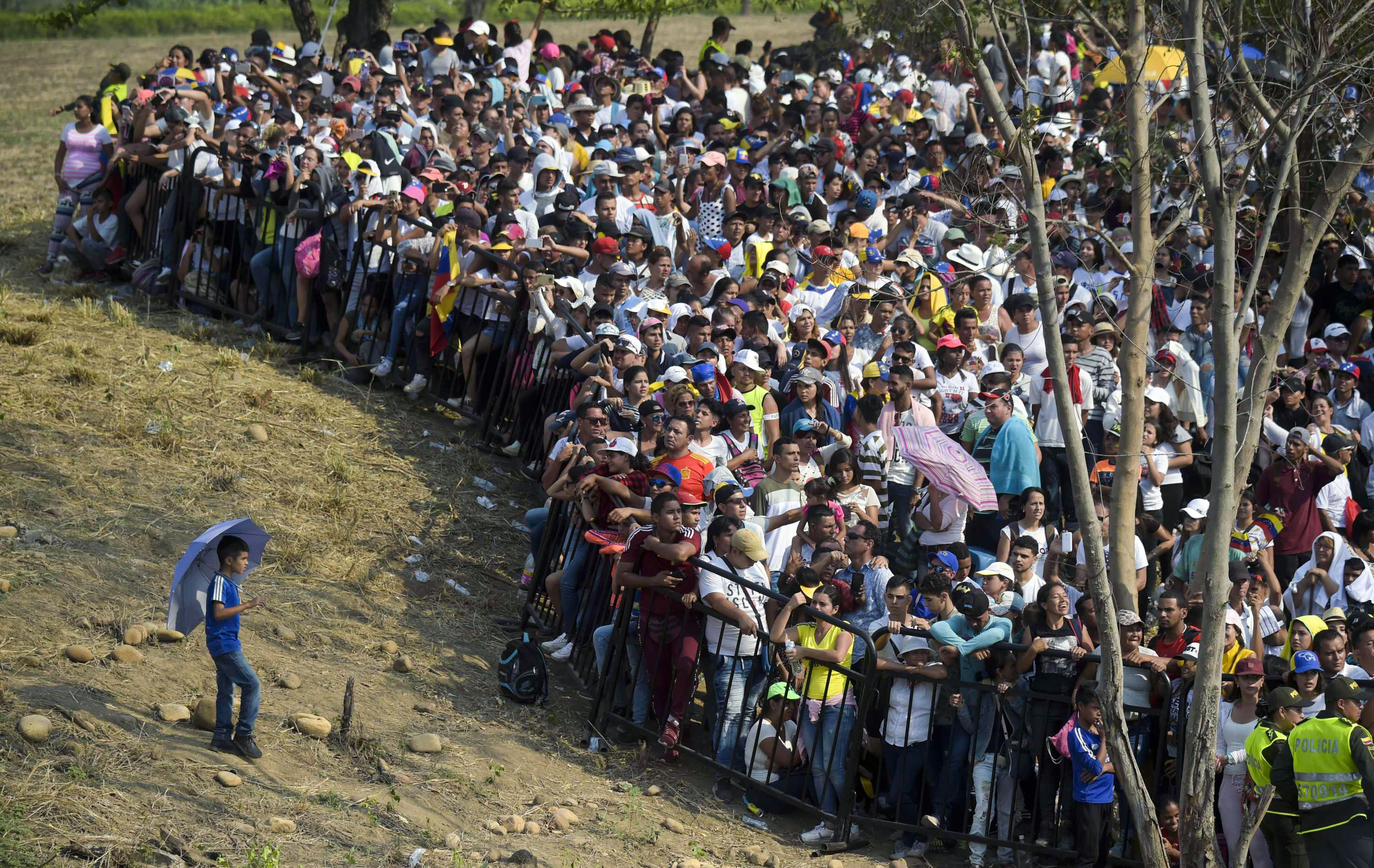 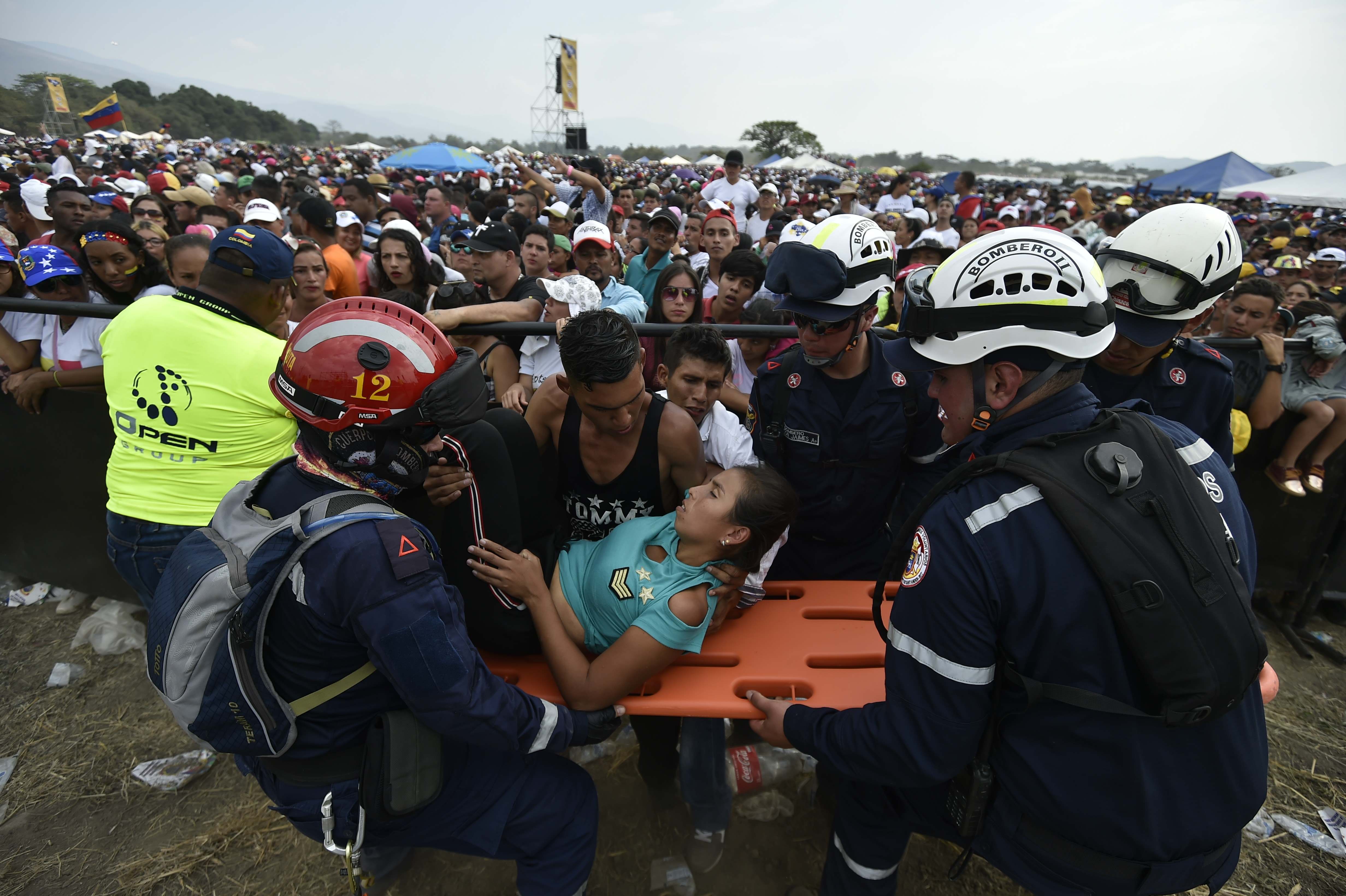 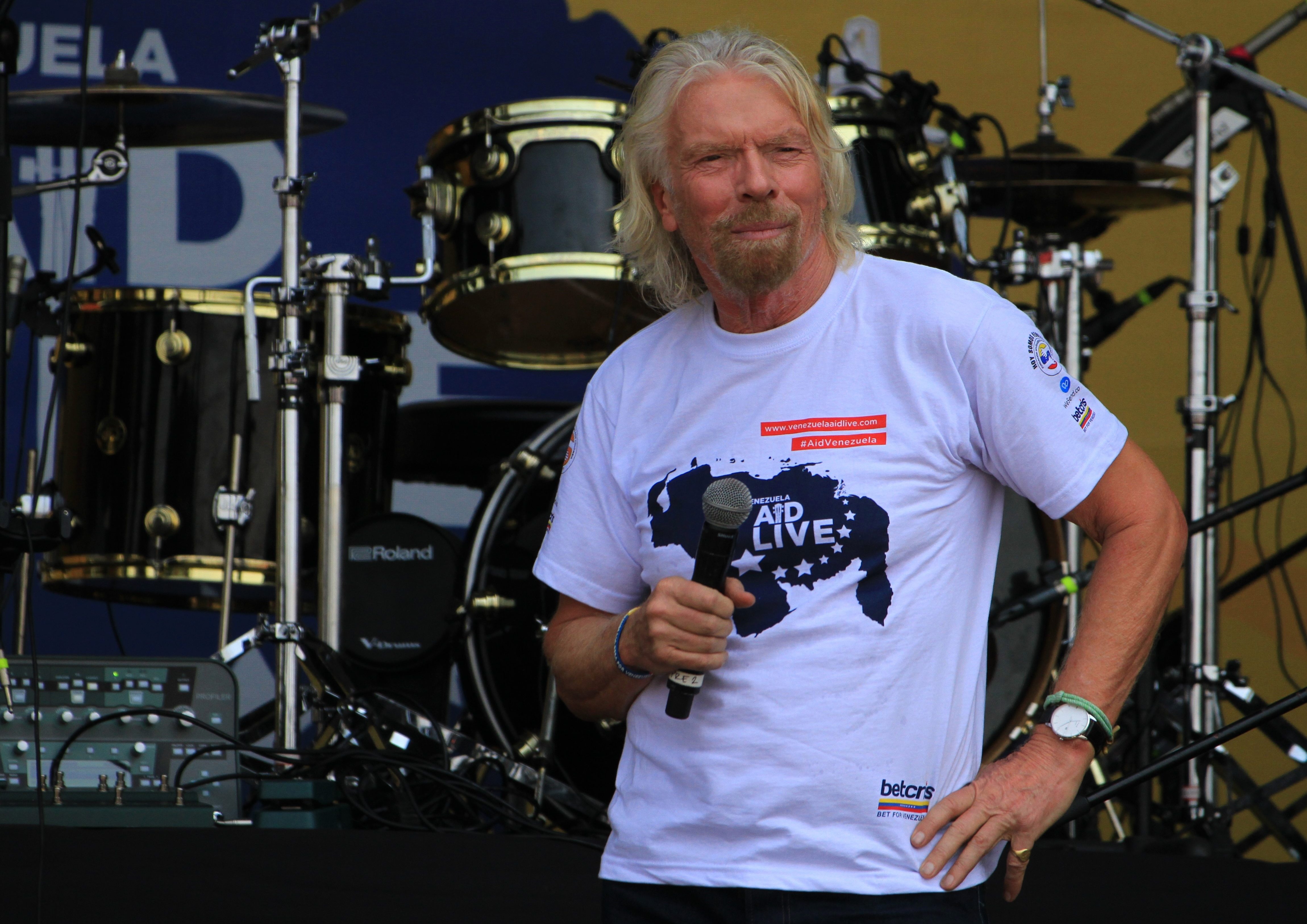