SEOUL (Reuters) – The United States broke off talks with South Korea on increasing Seoul’s contribution to the costs of hosting U.S. troops, after the two sides failed to narrow their differences on Tuesday in a row that has raised questions about the American deployment. 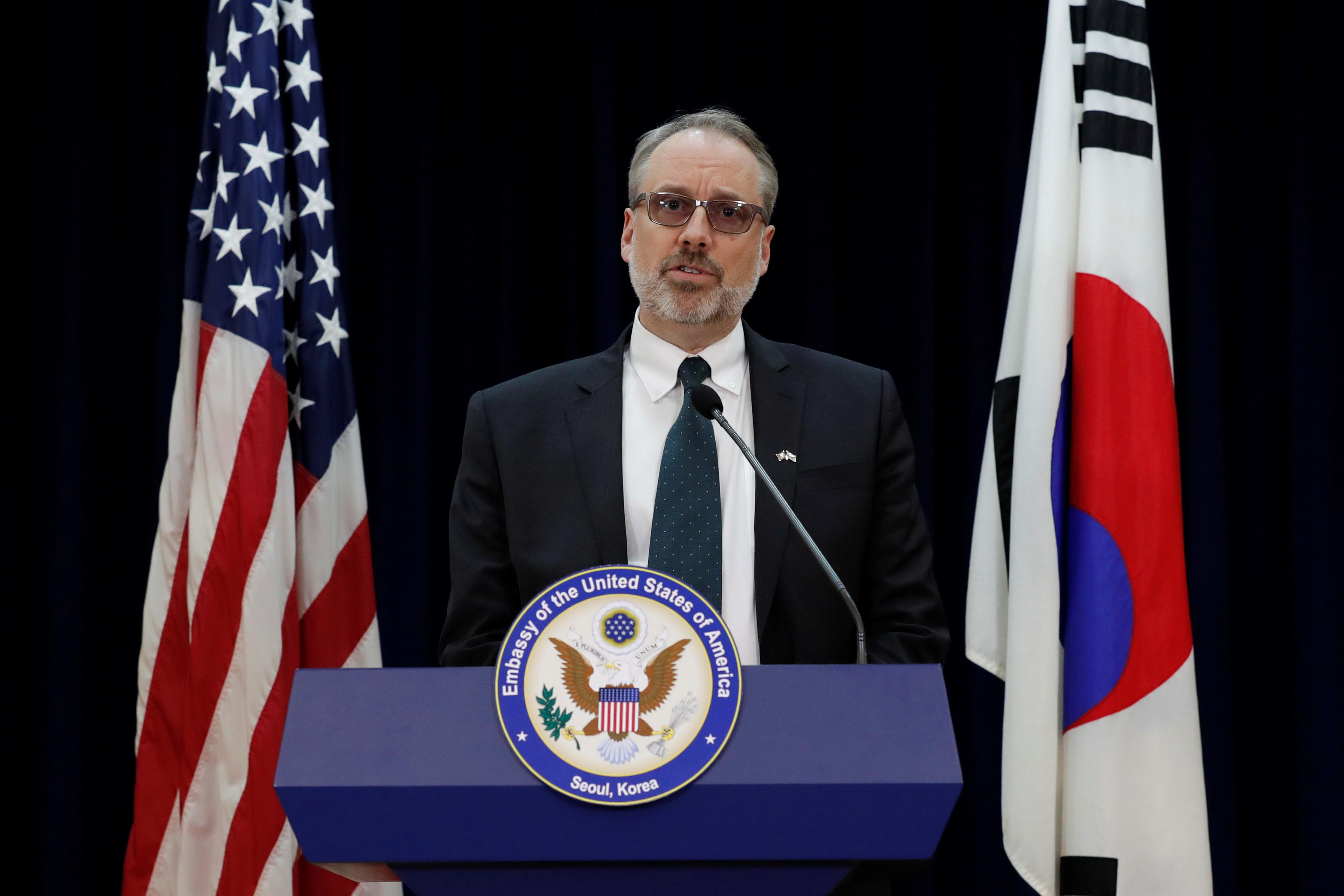 The breakdown in talks was a rare public sign of discord in the “airtight” alliance that has for 70 years formed a buffer against North Korean aggression, with each side blaming the other for being unprepared to compromise on sharing the costs of keeping 28,500 U.S. military personnel in South Korea.

U.S. President Donald Trump has insisted that South Korea pay more – and has also suggested pulling the troops out altogether.

“It is true that there is a substantial difference between the U.S. side’s overall proposal and the principles we pursue,” South Korean negotiator Jeong Eun-bo told a news conference. “The talks could not proceed as planned as the U.S. side left first.”

The two Koreas remain in a technical state of war under a truce, not a peace treaty, that ended the 1950-53 Korean War.

The talks took place amid stalled U.S. efforts to reach a negotiated end to North Korea’s nuclear and missile programmes.

South Korean lawmakers have said the United States is seeking up to $5 billion a year, more than five times the 1.04 trillion won ($890.54 million) South Korea agreed to pay this year.

Neither side has publicly confirmed the numbers, but Trump has said the U.S. military presence in and around South Korea was “$5 billion worth of protection”.

Jeong said the United States had demanded a sharp increase in South Korea’s contribution, while South Korea was seeking a “mutually acceptable” sharing of the burden.

The meeting in Seoul ended early, after about 80 minutes, followed by a rare news conference by U.S. negotiator James DeHart.

DeHart said the Americans broke off the talks to give the South Korean side “time to reconsider”.

“Unfortunately, the proposals that were put forward by the Korean negotiating team were not responsive to our request for fair and equitable burden sharing,” DeHart told a briefing.

“It’s upsetting that the United States is employing brinkmanship in negotiations with a key ally, which shows eroding trust in the alliance built on shared values,” he told Reuters.

The dispute has stirred debate in South Korea about the U.S. presence, with some activist groups calling for a big reduction or even a withdrawal of the force.

A group of 47 South Korean members of parliament, which must ratify any agreement, last week accused the United States of threatening to pull its troops out.

“U.S. forces are here also for their own interests, as an outpost aimed at keeping China and Russia in check,” the group said. “They can’t just pull out with a surprise tweet from Trump.”

Jeong said the United States had not raised the issue of a reduction or withdrawal of its troops.

Trump has long railed against what he says are inadequate contributions from allies towards defense costs. The United States is due to begin separate negotiations for new defense cost-sharing deals with Japan, Germany and NATO next year. 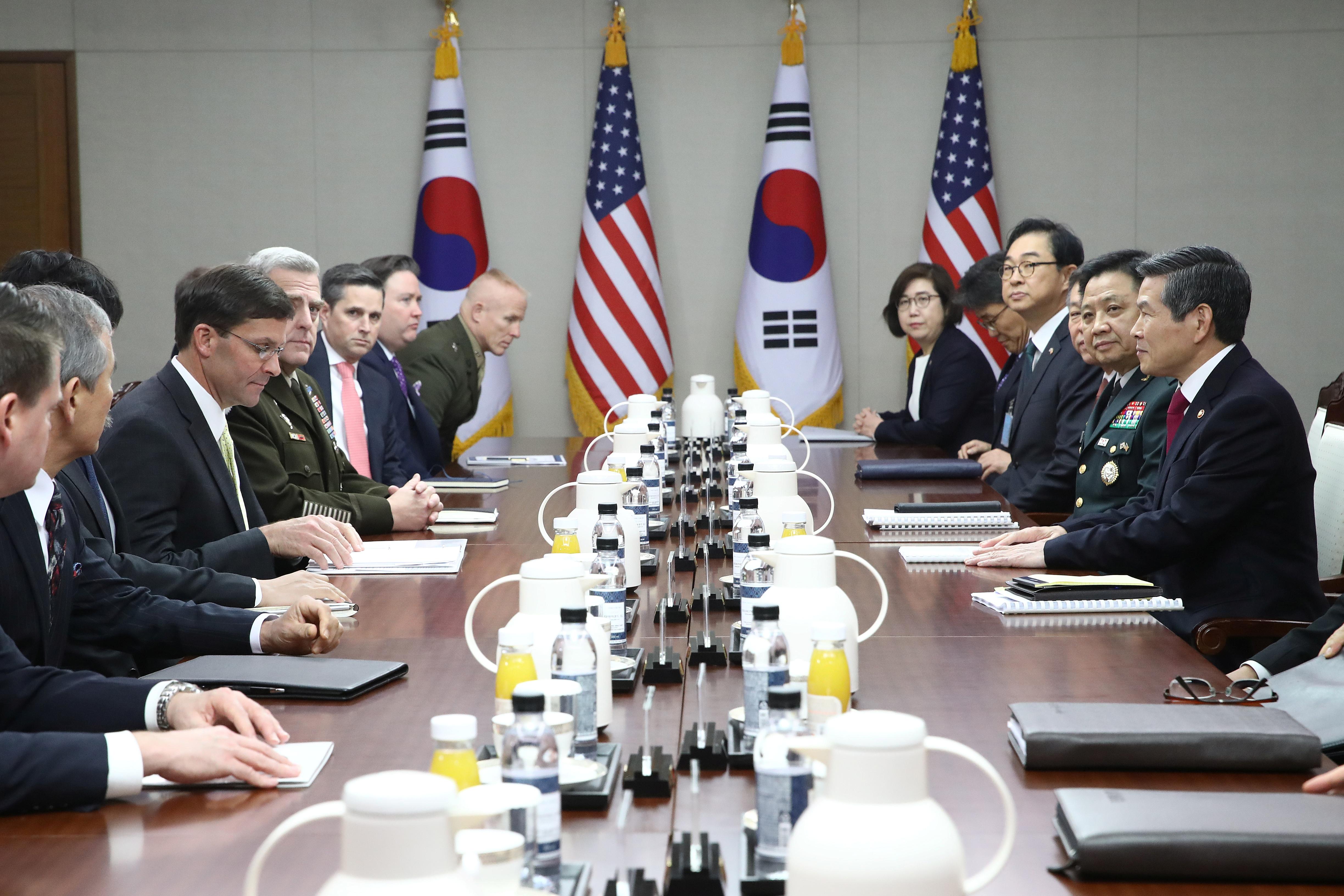 U.S. Defense Secretary Mark Esper, asked if he was willing to withdraw any forces if an agreement with South Korea was not reached, declined to say what the United States might do, noting the State Department was leading the negotiations.

“South Korea is a wealthy country. They can and should contribute more,” Esper said during a trip to the Philippines.

Jeong declined to go into details of the negotiations but the Yonhap news agency reported the United States wanted South Korea to pay for more categories of expenses.

Defens, SOUTHKOREA, talks, Us, USA
You may also like:

Albatrosses pushed to ‘divorce’ because of climate change, study finds