WASHINGTON (Reuters) – The chief U.S. envoy for North Korea said on Monday that “diplomacy is still very much alive” with Pyongyang despite a failed summit last month, but cautioned that Washington was closely watching activity at a North Korean rocket site and did not know if it might be planning a new launch. 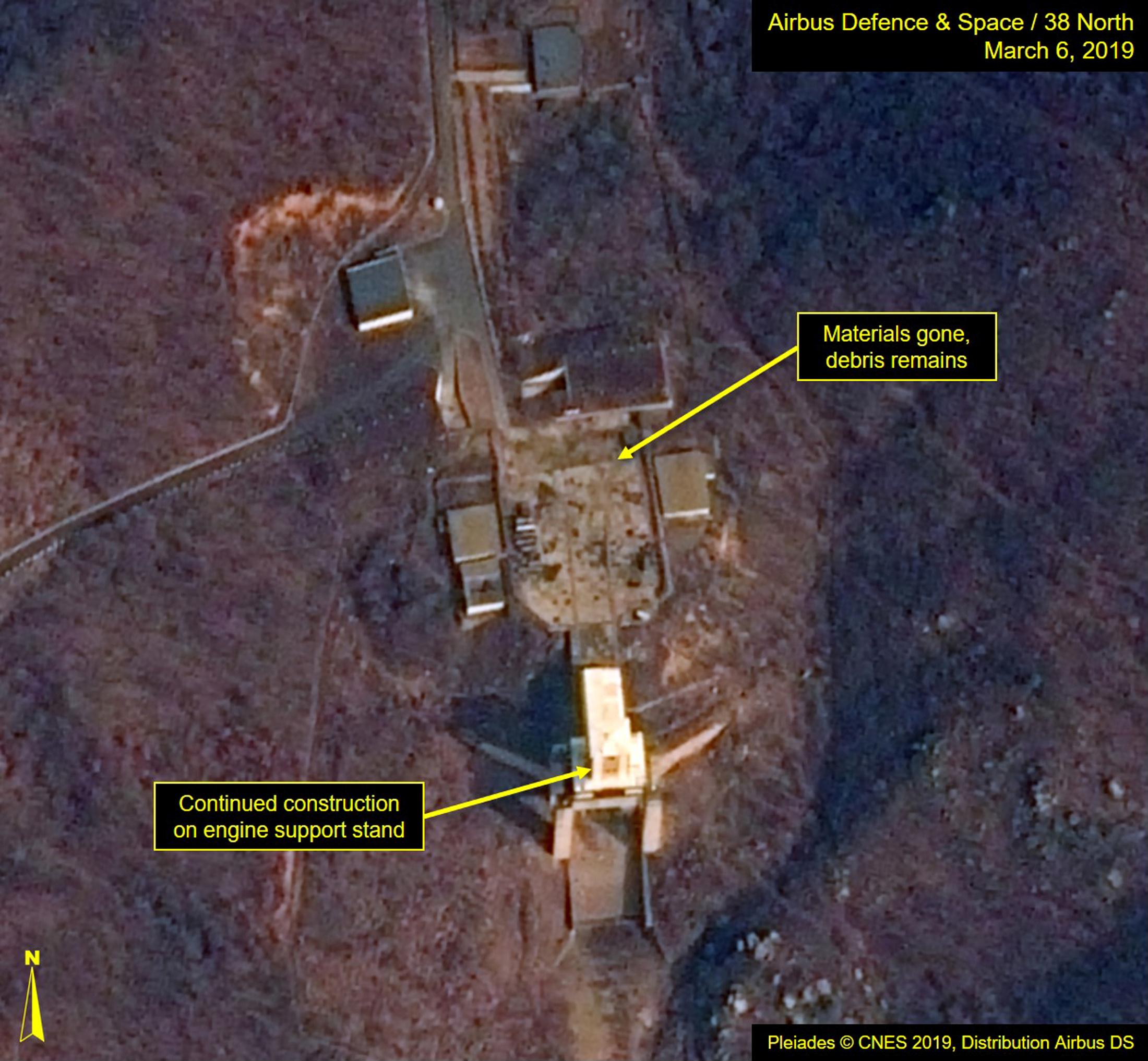 Stephen Biegun told a conference in Washington that although U.S. President Donald Trump and North Korean leader Kim Jong Un parted on good terms after their Feb. 27-28 summit in Hanoi, big gaps remained between the two sides and North Korea needed to show it was fully committed to giving up its nuclear weapons.

Biegun, the U.S. special representative for North Korea, stressed that U.S.-led sanctions, which Pyongyang wants dropped, would stay in place until North Korea completed denuclearization. He rejected an incremental approach sought by Pyongyang, and said that easing sanctions for partial steps would amount to subsidizing North Korea’s weapons programs.

As Biegun spoke at the Carnegie Nuclear Conference, the Center for Strategic and International Studies (CSIS) think tank issued a new report on activity at North Korea’s Sohae rocket launch site, in which satellite images from Friday showed possible preparations for a launch.

In the course of nearly a year of diplomatic engagement with the United States, North Korea has maintained a freeze on missile and nuclear tests and space rocket launches in place since 2017. Trump has repeatedly stressed this as a positive outcome of the diplomacy.

Biegun said Washington did not know what the activity spotted in North Korea meant. He said the Trump administration took it “very seriously” but cautioned against drawing any snap conclusions.

“What Kim Jong Un will ultimately decide to do may very much be his decision and his decision alone,” Biegun said, adding that Trump had made clear last week he would be “very disappointed” if North Korea were to resume testing.

An authoritative U.S. government source familiar with U.S. intelligence assessments said they did not conclude that a launch was imminent, given North Korea’s apparent desire to keep negotiations going with the United States. However, the source said Pyongyang appeared to want to make clear it retained the capability to resume launches at any moment.

“Diplomacy is still very much alive,” Biegun said. He offered no specifics on when new talks might be held and did not say whether any talks had taken place since the summit, which collapsed over differences on U.S. demands for Pyongyang’s denuclearization and North Korea’s demand for sanctions relief.

“It’s certainly our expectation that we will be able to continue our close engagement,” Biegun said.

The State Department has declined to say whether there has been any direct engagement between the two sides since the summit.

A national security adviser to South Korean President Moon Jae-in said on Tuesday the United States should seek the gradual denuclearization of North Korea because an “all-or-nothing” strategy will not help break the impasse in talks.

To bridge the gap, Moon could pursue an unofficial inter-Korean summit as he did last year before the first summit between Trump and Kim, and then visit Washington, the adviser said.

Trump has said he remains open to more talks with Kim. U.S. Under Secretary of State for Arms Control and International Security Andrea Thompson told the Washington conference she thought there would be another summit.

Asked if there would be a third meeting, she said Secretary of State Mike Pompeo and Trump had “been very clear that they remain open to the dialogue. They haven’t got a date on the calendar but our teams continue to work towards that.”

Thompson said it was “incredibly important” that all countries continued to maintain U.N. sanctions on North Korea until it gave up its nuclear weapons.

“We are not letting the foot off the gas. We are going to continue with the pressure campaign,” she said.

At the White House on Monday, spokeswoman Sarah Sanders scoffed at reports that China was wary of holding a summit with Trump on trade after he walked out of his meeting with Kim without a deal.

Trump on Friday stressed again his belief in his personal rapport with Kim.

The CSIS report said commercial satellite images acquired last Wednesday and Friday showed North Korea had continued preparations on the launch pad at its Sohae launch facility and at the engine testing stand there.

“Based on past practices, these activities could be consistent with preparations for the delivery of a rocket to the launch pad or engine to the test stand; or they could be North Korean coercive bargain tactics,” it said.

Trump said after his first summit with Kim in Singapore last June that Kim had promised to dismantle the test stand, a pledge the North Korean leader reiterated and expanded on at a summit with Moon in September.

Pyongyang has used Sohae to launch satellites into space since 2011, and Washington says its work there has helped develop missile technology. A satellite launch in April 2012 killed off an Obama administration deal for a freeze in North Korean nuclear and missile testing reached weeks earlier.

Defe, NORTHKOREA, nuclear, Us, USA
You may also like: