Ukraine ‘running out of space for prisoners’ after Russian retreat

Ukraine: Russians must 'dig in and wait for winter' says Clarke

Ukrainian President Volodymyr Zelensky has visited the liberated territory in Ukraine after his forces clawed back 3,000 square miles in a matter of days. During his visit to the city of Izyum, a key area in the northeast of Ukraine, Mr Zelensky thanked his troops for their efforts as the country takes the initiative in the war. He also warned Russia that his military intends to take back the remaining occupied territories. Mr Zelensky’s defence officials have also claimed “panic” and “refusals to fight” have plagued Moscow’s forces.

In fact, various reports and expert analyses echo this. On the Today in Focus podcast by the Guardian, the newspaper’s defence editor Dan Sabbagh explained how the Russian retreat unfolded.

Host Michael Safi asked: “What did this Russian withdrawal look like? It sounds like it was sudden and panicked. These guys were running for their lives.”

Mr Sabbagh responded: “Let’s be clear, the Russians ordered a withdrawal at some point over the weekend. Some units did so in a disciplined fashion, others basically panicked. It was a straight-up rout.”

The podcast then played a clip from a recent news report, in which the presenter says: “Mounds of munitions lie where their owners fled, so swift was the Russian retreat they didn’t even have time to finish their lunches, according to Ukraine’s most senior soldier.” 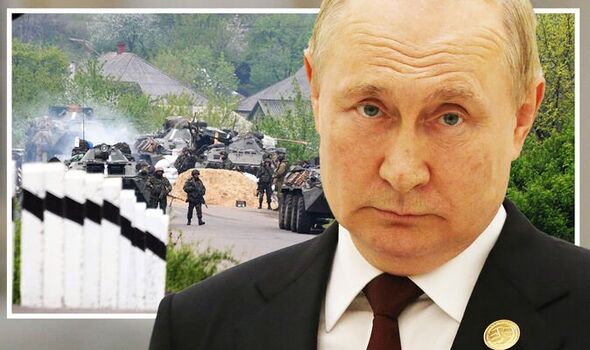 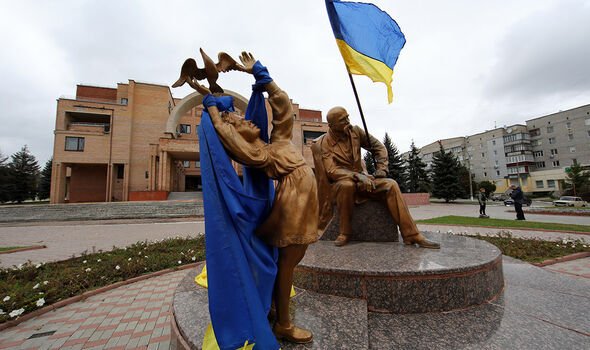 Another news reporter also said: “One Ukrainian presidential adviser said so many Russian troops were captured that they are running out of space to keep all of their Russian prisoners.”

Mr Sabbagh added that Russian soldiers fleeing in a chaotic fashion has become a regular occurrence during the war. Low morale played a big part in the Russian military’s struggles.

He added: “So Russian soldiers did what I’m afraid they’ve made a habit of doing. On the way out they looted what they could.

“They also went out in some disarray, leaving behind large amounts of military equipment. Ukraine says it has captured quite a lot of Russian soldiers.” 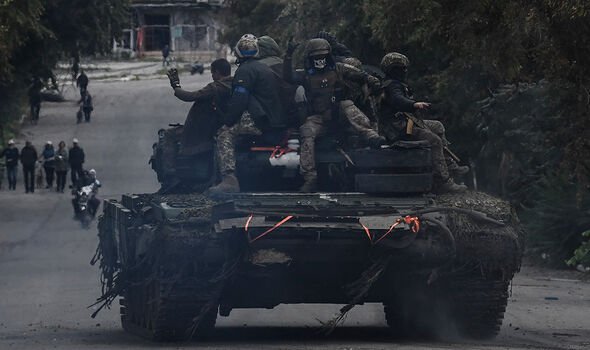 However, despite Ukraine’s huge advances, Mr Sabbagh warned the country has also seen many of its soldiers captured by Russia.

He continued: “We have to be a little careful here. There’s no question this shows the weak and soft morale of Russian forces, but these weren’t in the main the best quality Russian forces.

“Generally, Russia has more Ukrainian prisoners than Ukraine has Russian prisoners, it has to be said.”

Nevertheless, recent developments in Ukraine have only served to further humiliate Russian President Vladimir Putin. When he sent his troops into the country in February, many believed the Kremlin was hoping to take control of Ukraine in just days. 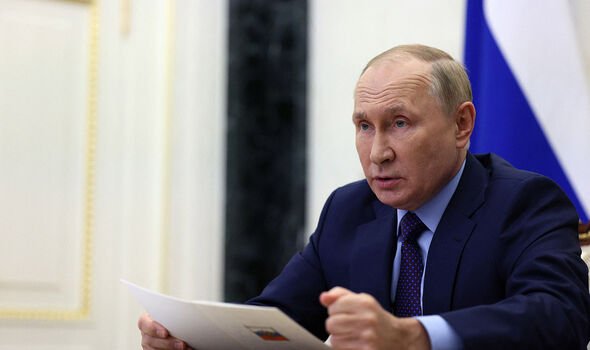 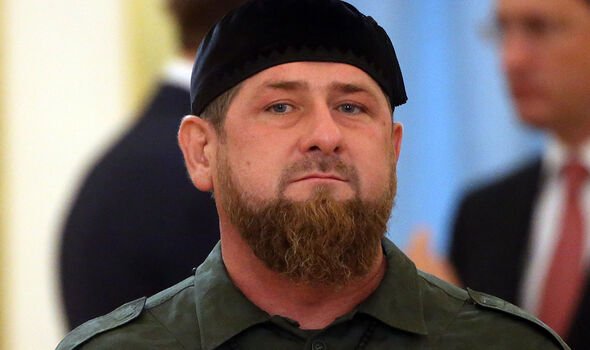 But this never happened. Russian forces were forced to retreat from areas near the capital Kyiv to focus on fighting in the east. The latest retreat near Kharkiv even has people in Russia questioning Putin.

The Russian President is facing calls to resign from deputies in 18 districts of Moscow and St Petersburg, it has been reported. They have signed a statement warning the President’s actions are “detrimental to the future of Russia and its citizens”.

The Chechen leader Ramzan Kadyrov, previously a staunch supporter of Putin’s, has also expressed concerns. He said this week: “If changes are not made, I will be forced to go to the country’s leadership to explain to them the situation on the ground.”

As reported by the Moscow Times, the local officials in Moscow and St Petersburg could be punished for challenging Putin’s rule. In recent months, dissenters such as journalists, lawyers, and activists have been arrested for voicing opposition to the invasion.