The 72-year-old Afghan War veteran of the Afghan War described the moment he saw a big column of Russian troops approaching him, in his hometown of Bucha, north Ukraine. Valentyn Didkovskiy explained how he began to prepare his grades and his launcher,  and then went on to discuss the moment he began to hit the column of Russia’s armoured vehicles. Mr Didkovskiy then went on to explain how he caused maximum damage when he hit a fuel truck, which caused a major fire in the aftermath.

“I prepared my grenade launcher and four grenades, I ran to the gate but it wasn’t a good position.

“The column was just 30 meters away, I walked behind the house, there was a trailer parked by the fence and I climbed it quietly.

“Suddenly I spotted a fuel truck and I thought maybe it’ll stop some of them.

JUST IN: Biden declares monkeypox public health emergency as cases in US soar 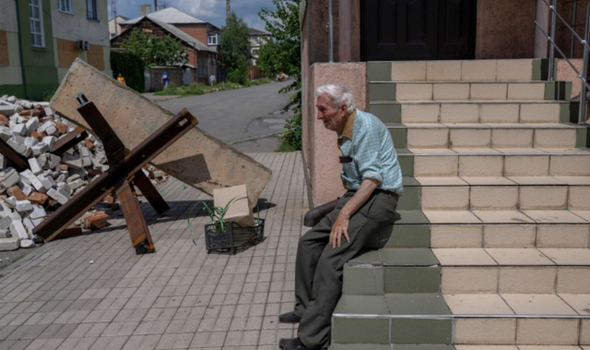 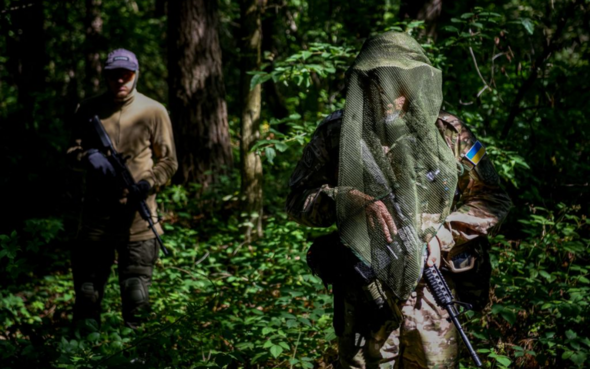 Mr Didkovskiy added: “I fired my grenade launcher when I hit the fuel truck a huge fire started.

“You can see that even the pole is burned, and all the trees that are now cut down were burning.

“The Russian orcs couldn’t move because the fuel had spilled. I threw a grenade there, another here and a third one there.

“I still had one in my hand with a finger on the pin, just in case.

“There was a personnel carrier with its engine running, the orcs were climbing out of it, I saw them taking off their uniforms and changing into civilian clothes.

Although Mr Didkovskiy may be a well-versed army veteran due to his time spent in Afghanistan he is, unfortunately, unable to enlist in the Ukrainian army due to his age.

But Ukrainian government officials have offered a loophole to their citizens.

Many of Ukraine’s militias have offered training to men and women who are ordinary civilians, so they can take up arms and fight if they want to.

Many have accepted the offer and have stayed behind much like Mr Didkovskiy, to fight for their country.

At the start of the illegal invasion, civilians came together to make camouflage nets and mass amounts of Molotov cocktails to throw at Russian tanks.

There are even videos that have been produced and released by Ukraine’s government, to advise citizens on which parts of the Russian tanks they should aim for, in order to cause maximum injury. 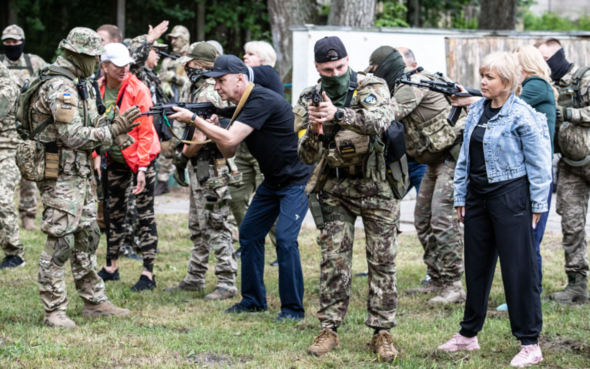 Western aligned NATO countries have been giving weapons and training to Ukraine’s civilians and militants.

Mr Kirby said: “The artillery is a specific item the Ukrainians asked for because of the specific fighting they expect is going to occur in the Donbas.

“And we know the Russians also believe the same thing because we see them moving artillery units into the Donbas as well.”