Unarmed black man, Isaiah Brown, 32, 'shot multiple times by white cop who was giving him a ride home in Spotsylvania'

AN unarmed black man is in intensive care after being shot 10 times by a police deputy who gave him a ride home when his car stalled and then returned when the man called 911 shortly after.

Isaiah Brown, 32, is in intensive care with 10 bullet wounds after being shot outside his home in Sporsylvania, Virginia early Wednesday morning, his family says. 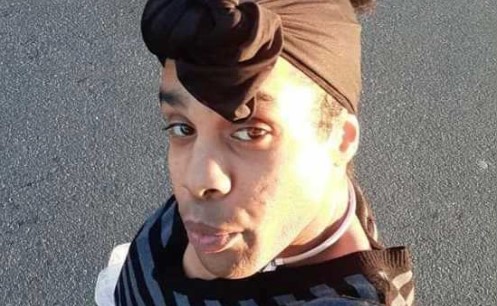 Brown's siblings told NBC 4 their brother was unarmed, with only his phone in his hand, when the shooting took place near their home.

"The officer just started shooting at him for no reason. I didn't hear a warning shot. All I heard was 'Hands up!' one time. And all he had was his phone, so I know he put his hands up," Tazmon Brown, the victim's brother, said.

The incident began at around 2.30am on Wednesday morning when Brown's car broke down at a gas station on Route 3, several miles from his home.

A police deputy, who is white, gave Brown a ride to his home.

Brown's brother spoke to the deputy when they arrived, who assured him Brown wasn't in any trouble.

“He was like, ‘Your brother is fine. He’s not in trouble. His car broke down and I gave him a ride,” Tazmon said.

However, the same deputy returned later after Brown placed a 911 call about a domestic disturbance.

The officer then ended up shooting him multiple times outside the home.

According to NBC 4, the sheriff's office categorized Brown's call as a domestic disturbance between him and a family member.

That family member was his brother Tazmon, a law enforcement official said.

Tazmon, meanwhile, contests that he believes his brother just wanted a lift back to his car because he was worried it would get towed.

“I’m just still trying to figure out where he felt the threat at, to feel the need to shoot," Yolanda Brown, the victim's sister, said.

After shooting Brown, the deputy performed CPR on him, family members said.

He was unarmed when he was shot, Virginia State Police have confirmed.

Officials with the department say they have body camera footage of the shooting but said they will not release it publicly.

They said they could not immediately comment on “any motive or circumstances” related to the shooting.

Black, Brow, Isaiah, man, unarmed
You may also like: