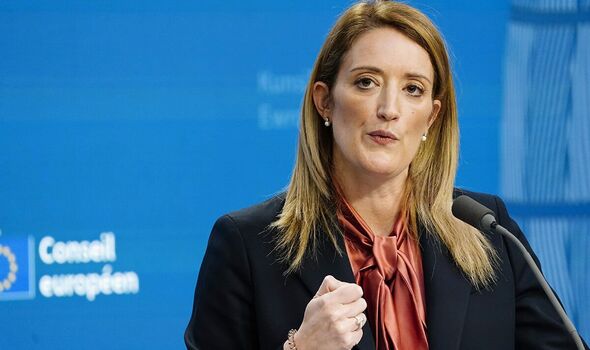 The President of the European Parliament has launched an urgent procedure to waive immunity of two MEPs following request from authorities in Belgium in connection with Qatar-linked corruption investigation. Roberta Metsola wrote on Twitter: “Following a request from the Belgian judicial authorities, I have launched an urgent procedure for the waiver of immunity of two Members of the European Parliament. There will be no impunity. None.”

Last month, police launched a fresh round of raids on political figures in Brussels in connection with alleged corruption involving Qatari interests.

It has led to surging fears the scandal could threaten to trash EU democracy.

Ms Metsola told a parliamentary session of MEPs in Strasbourg on December 12: “The European Parliament is under attack.”