US Army ‘lied’ about deaths of four soldiers at hands of ISIS: Pentagon claimed unit went on ‘rogue’ capture-kill mission but secret documents suggest they were FOLLOWING orders that top brass tried to cover up

A new documentary has made the explosive claim that senior US Army officials lied to the public and the families of four special forces soldiers about the circumstances of their deaths in an ISIS ambush in Niger.

The ABC News film, 3212 Un-Redacted, is set to be released on Thursday through Hulu, offering an in-depth investigation of the October 4, 2017 massacre near the village of Tongo Tongo.

Top military brass including General Thomas D. Waldhauser, then head of US Africa Command, claimed that the squad had gone rogue and conducted an unauthorized capture-kill mission targeting an ISIS subcommander, while claiming they were conducting simple reconnaissance.

But documents and interviews revealed in the new documentary suggest that in fact, Squad 3212 was following direct orders, and that military leaders appear to have been covering their own tracks, according to a review of the film by Rolling Stone.

‘The Army let me down. They let my son down, and then they lied about it,’ said Wright’s grieving father in a trailer for the film. 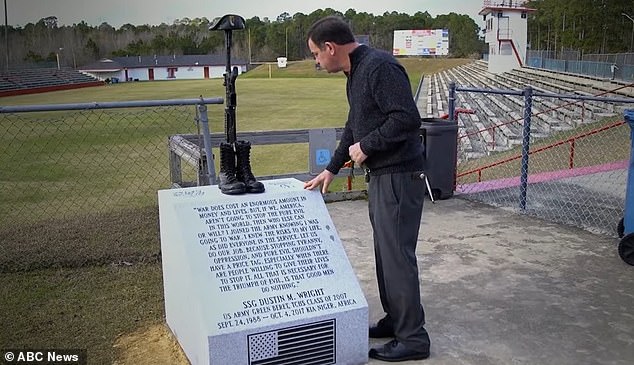 The grieving father of Staff Sergeant Dustin Wright (above) said in a new documentary: ‘The Army let me down. They let my son down, and then they lied about it.’ 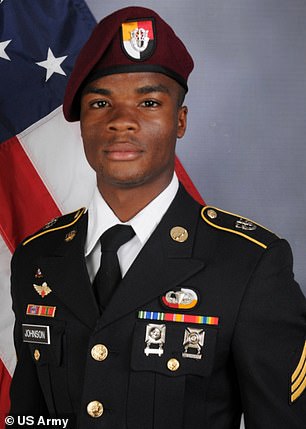 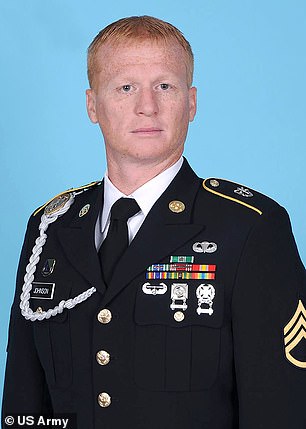 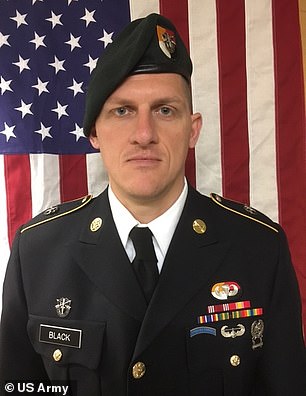 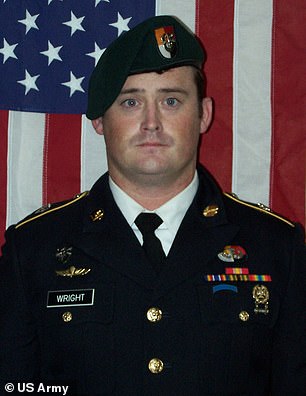 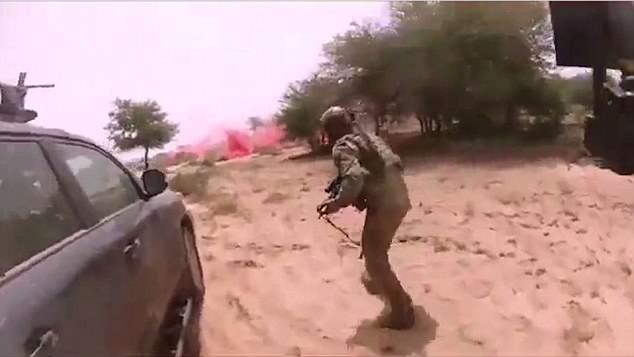 In footage of the ambush, US soldiers use a Landcruiser for cover as they drive it toward colored smoke that has been deployed to obscure their retreat and signal air support

The Pentagon did not immediately respond to a request for comment from DailyMail.com on Wednesday evening.

The ambush occurred one day after US soldiers and Nigerien forces attempted to locate and capture or kill Doundou Chefou, an ISIS subcommander in the region.

After two failed attempts to locate the insurgent, the convoy was returning to base when partner Nigeriens insisted on stopping in Tongo Tongo to eat and meet with village leaders. The meetings dragged out, leading the US soldiers to suspect that they were being stalled and delayed.

After leaving Tongo Tongo, the unarmored convoy fell into a trap and the Nigerien supporting forces melted away. In a chaotic confrontation, outnumbered three to one and without air support, the US forces lost four soldiers.

In a press conference discussing the findings of an AFRICOM investigation, General Waldhauser claimed that Squad 3212 lied about its stated mission and never disclosed it was seeking Chenfou.

But, according to the documentary, even a redacted AFRICOM report contained information contradicting that version of events. 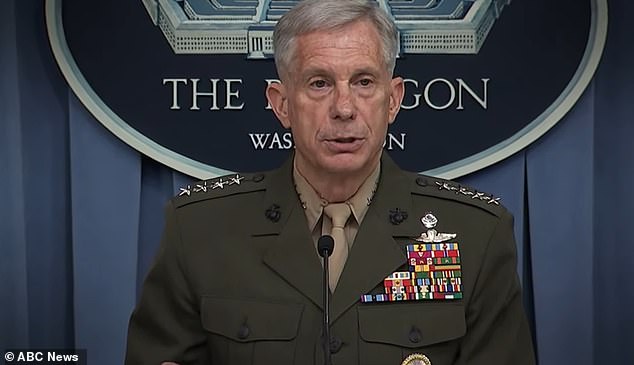 General Waldhauser claimed that Squad 3212 lied about its stated mission and never disclosed it was seeking Chenfou, a claim that the documentary disputes as false 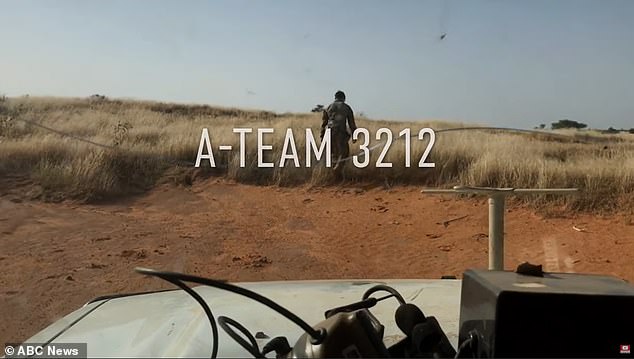 The ABC News film, 3212 Un-Redacted , is set to be released on Thursday through Hulu

According to the report, 3212 was headed back to base when the unit received orders to head northwest toward the border of Mali, where officials had detected a cell-phone signal that suggested Chenfou was in the area.

ODA 3212 Captain Mike Perozeni is on record vigorously objecting to the new objective, requiring his team to forge off into the desert at night.

Perozeni’s protest over the order to pursue Chenfou flies in the face of the claim that the team was on a rogue mission to capture the insurgent — a discrepancy that has never been explained.

The documentary also portrays interviews with family members of the fallen soldiers, who say that the Pentagon’s falsehoods and inconsistencies about the incident were present from the beginning.

The Wright family, for example, was told that he died in mortar fire, but his brother states that the body showed no signs of that and he clearly perished from small arms fire. 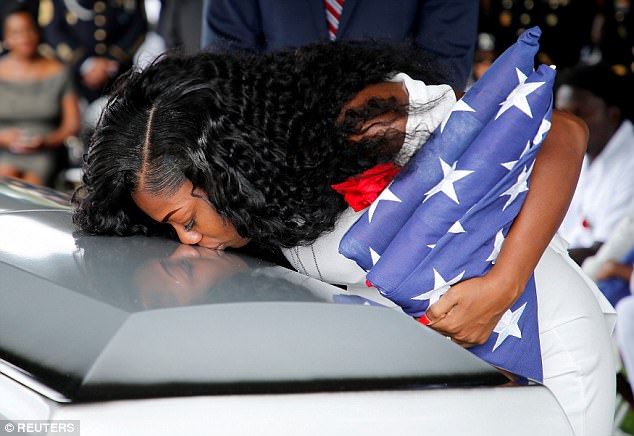 Myeshia Johnson kisses her husband La David Johnson’s casket at his funeral in Hollywood, Florida, on October 21, 2017. She says the Army lied about how he was killed

And La David Johnson’s wife was originally informed that he had been fatally thrown from the back of a moving vehicle.

Graphic video included in the documentary, which was first reviewed by DailyMail.com in 2018, clearly reveals that La David Johnson was driving the unarmored SUV, however, and later perished in a hail of machine-gun fire as he fled on foot.

While some of these discrepancies can be chalked up to early confusion in the fog of combat, the documentary makes the case that military leaders intentionally obfuscated facts in order to protect Painter and his boss, Colonel Brad Moses.

The film proposes that Squad 3212 was sent, ill-equipped and without proper support, on a foolish, dangerous mission, and then was set up to take the blame in order to protect military brass.

The attack raised questions about the US military’s role in Niger, where about 800 US military personnel are stationed to train local forces and operate drones.

Across Africa, the US military maintains a network of 29 bases, according to a declassified map from 2019.

Some two-thirds of the approximately 6,000 U.S. troops in Africa are stationed at Camp Lemonnier in Djibouti City.