A U.S. Army private who fought in World War II and died less than three weeks before the Nazis surrendered, ending the war in the European theater, was posthumously awarded medals Wednesday. 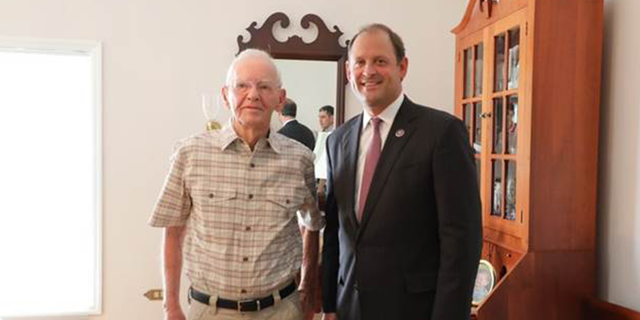 “Over seven decades later, I am honored to finally deliver long-overdue recognition for Private Hardy’s extraordinary service that his family deserves,” Congressman Barr said in a statement provided to Fox News. “Private Hardy was part of our greatest generation and gave the ultimate sacrifice so that all generations that came after him would have their freedoms and way of life preserved. His story is an inspiration and no matter how many decades pass, his legacy and impact will never be forgotten.”

William Hardy, a nephew of Gordon Hardy and son of Donald Hardy, told Fox News there wasn’t a day that went by where his father didn’t think about his brother, even though he was rarely discussed in their home growing up. 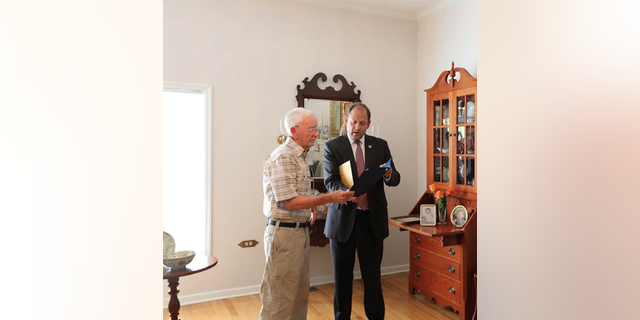 But his father was deeply moved when, to his surprise, Rep. Barr showed up at his house to present the medals, William said.

The medals and decorations posthumously awarded to Pvt. Hardy were a Bronze Star, a Purple Heart, a Combat Infantry Badge, a European-African-Middle Eastern Campaign Medical with a Bronze Service Star, an Army Good Conduct Medal, a WWII victory medal and an Honorable Service lapel pin.

“It was an overwhelming experience for him to see those seven medals and know that (his brother) had finally been recognized after 76 years,” William said. “And at the age of 94, my father was overwhelmed with emotion. And that’s not something you see from that generation.”