US security agencies are keep a close eye on two Iranian warships that may be headed toward Venezuela.

An Iranian frigate and a former oil tanker known as the Makran are currently sailing south along the east coast of Africa, anonymous sources told Politico on Saturday.

Intelligence officials remain mystified by Iran’s motivations with the two vessels and they are unsure what kind of cargo they may be holding. However, if the ships do end up in Venezuela it could be a sign Iranian President Hassan Rouhani is trying to intimidate Washington.

The 755-foot long Makrtan was commissioned this year. Iranian officials have boasted of the its missile and weapons capabilities, and it can allegedly carry up to six helicopters.

Both Iran and Venezuela are under heavy sanctions from the United States, and they have become closer allies in recent years. 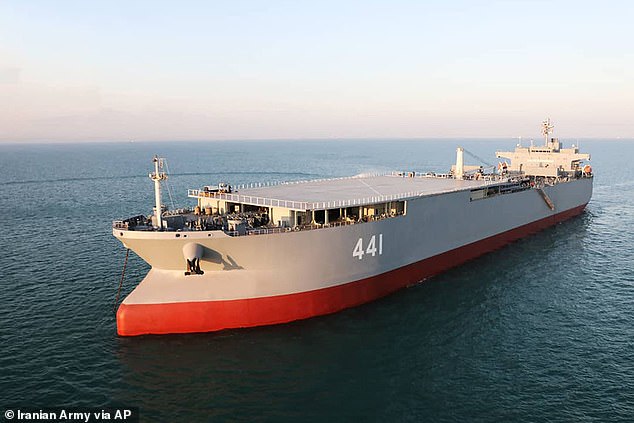 US security agencies are keep a close eye on two Iranian naval vessels that may be headed toward Venezuela. The former oil tanker, Makran, is one of two ships currently sailing south along the east coast of Africa

Iran has also established both a car assembly plant and a  huge cement factory in  Venezuela.

However, according to Politico, President Nicolás Maduro’s government has ‘been advised that welcoming the Iranian warships would be a mistake’.

The presence of the Iranian vessels so close to the United States – less than 1,500 miles – could complicate Joe Biden’s plans to begin negotiations with the Islamic country. 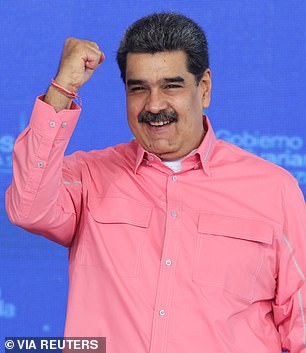 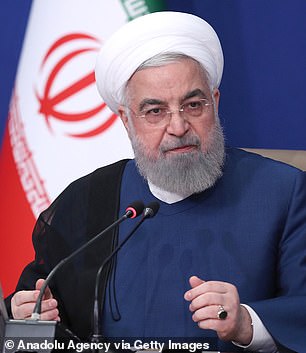 Back in 2018, former President Trump abandoned the Iran Nuclear Deal that Obama struck with Tehran.

Earlier this month, Senator Pat Toomey, a Republican, demanded Biden keep sanctions in place against Iran after the country’s elite Revolutionary Guards released a chilling propaganda video which depicts the United States Capitol being blown up by a missile and its soldiers ‘liberating’ Jerusalem.

The Islamic Republic’s Revolutionary Guards Corps (IRGC) broadcast the video on Iranian state-run television before a televised speech to the nation by Supreme Leader Ali Khamenei.

Toomey stated: ‘The Biden admin’s priority should be ensuring Iran cannot carry out such an attack, not capitulating by removing sanctions.’ 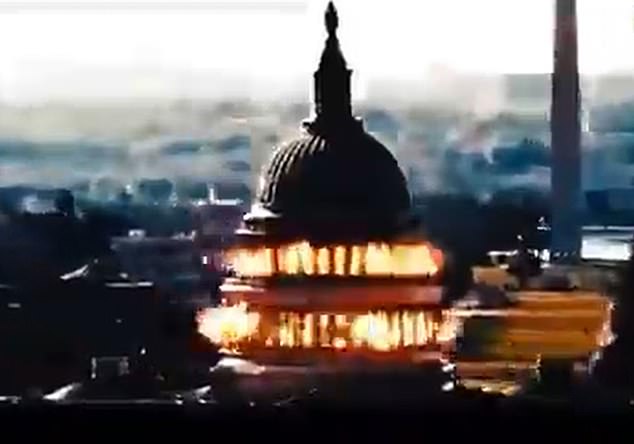