ONE of America's most wanted terrorists with a $5million bounty on his head has reappeared in Kabul as Taliban leaders gather to map out the future of the war-torn country.

Al-Qaeda terrorist Khalil Haqqani pledged a new era for Afghanistan as he was seen leading prayers for Taliban fighters at a mosque in the Afghan capital on Friday in front of cheering fans. 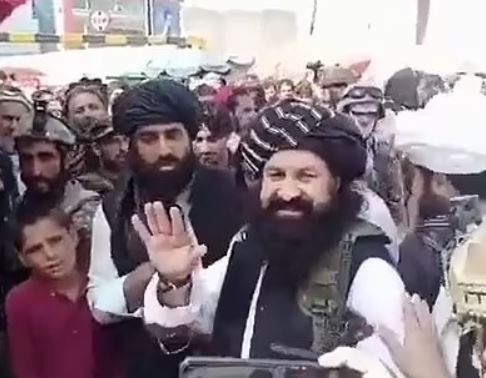 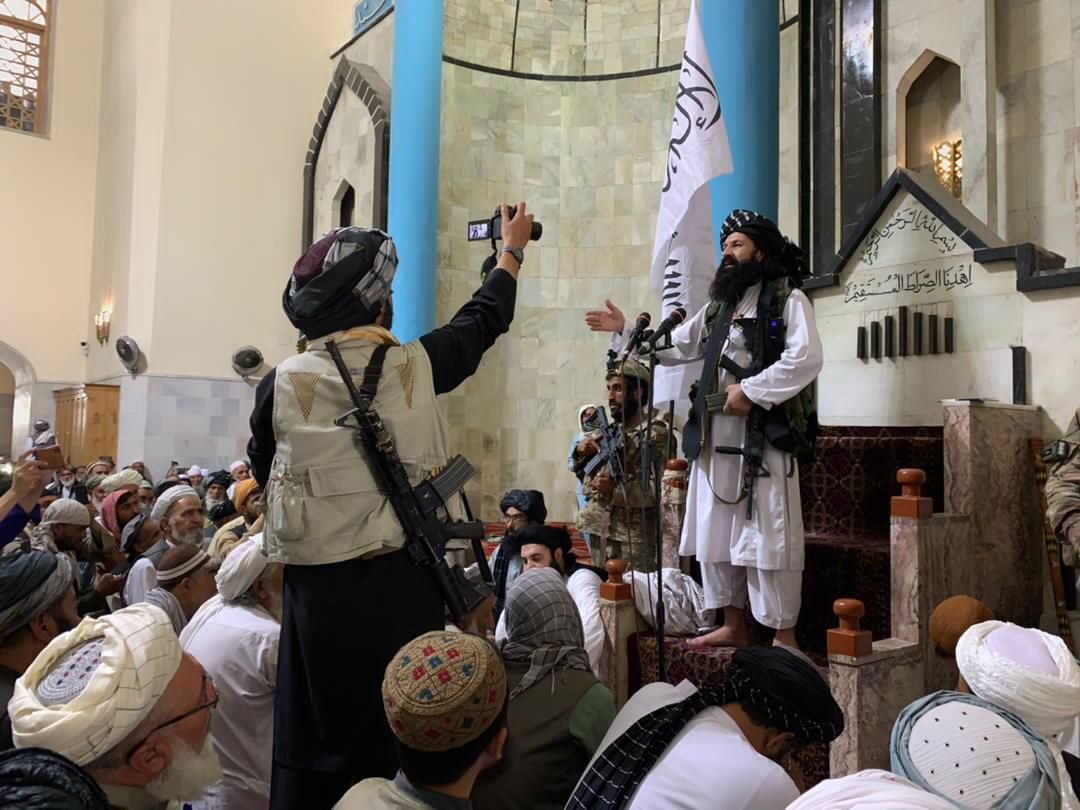 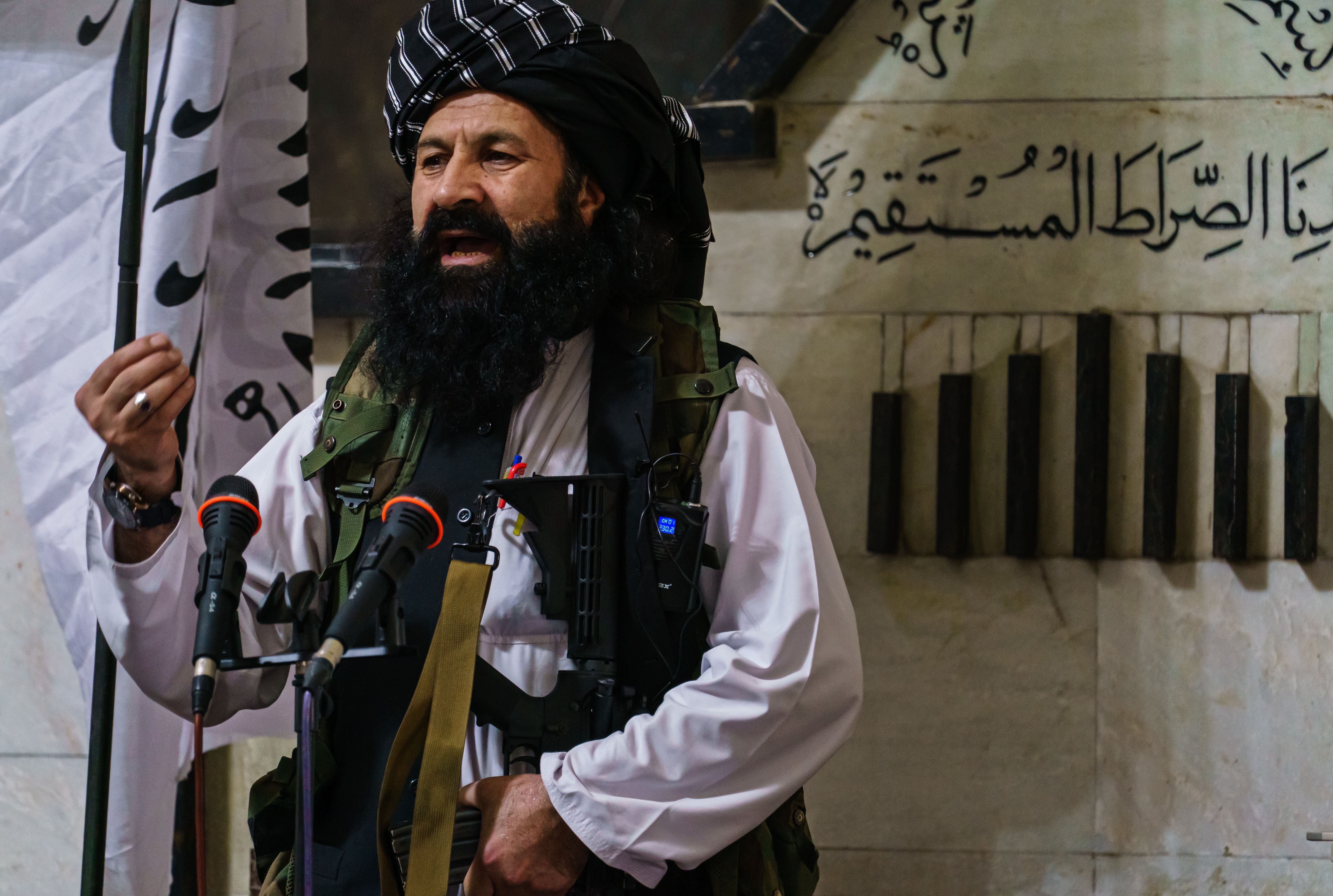 The Haqqanis have been blamed for some of the deadliest terror attacks across the world in recent years, claiming the lives of civilians, government officials and foreign forces.

They have been designated a foreign terrorist group by the United States – and the jihadists are also under United Nations sanctions.

Despite their reputation, they are expected to be powerful players in the new regime following the Taliban's takeover of Afghanistan last week – casting doubts on the group's pledge not to harbour terrorists.

According to the New York Times, Haqqani told the crowd on Friday: "Our first priority for Afghanistan is security. If there is no security, there is no life.

"We will give security, then we will give economy, trade, education for men and women. There will be no discrimination."

Another key leader of the Haqqani network – Anas Haqqani – was also in the capital on Friday.

The shadowy group – one of the most powerful networks behind the Taliban’s rise to power – was formed by Jalaluddin Haqqani, who gained prominence in the 1980s as a hero of the anti-Soviet jihad.

At the time, he was a valuable CIA asset as the United States and its allies, such as Pakistan, funnelled arms and money to the mujahideen.

🔵 Read our Afghanistan live blog for the latest updates

He later allied with the Taliban who took over Afghanistan in 1996, serving as a minister for the Islamist regime until it was overthrown by US-led forces in 2001.

The Haqqanis have a reputation for frequently using suicide bombers – including drivers in cars and trucks packed with huge amounts of explosives – and have carried out deadly assaults on major targets.

According to the US National Counterterrorism Center, Afghan forces intercepted a Haqqani truck in eastern Afghanistan in October 2013 that contained nearly 28 tonnes of explosives.

There is the possibility of a 9/11 style spectacular, on government buildings, sports grounds, major targets.

The Haqqanis have also hugely contributed to the Taliban's fighting ranks.

They are the group's "most combat-ready forces", UN monitors said in a June report.

A British intelligence officer told VOA: "The fact we have Khalil al-Rahman Haqqani in charge of Kabul security is dismaying.

"The Haqqani and Al Qaeda have a long history together, you could argue they are intertwined, and it is highly unlikely they will cut ties."

And retired diplomat Ivor Roberts said putting the Haqqani network in charge of security is like the "fox being put in charge of a chicken coop".

It comes as security experts warned the UK faces an “immediate” danger of a terror attack on the same scale as 9/11 after the Taliban gained control of Afganistan.

British counter terror officers feel the takeover could give al-Qaeda back the “ungoverned spaces” where Bin Laden plotted.

Former MI5 boss Lord Jonathan Evans told The Mirror: "If they get the opportunity to put down infrastructure to train and to operate then that will pose a threat to the West.

"There’s also the psychological effect of the inspiration that some people will draw from the failure of Western power in Afghanistan.

"In practical terms and in terms of ungoverned space, but also in psychological terms, it probably means an increase in threat over the coming months and years."

Colonel Richard Kemp, former commander of British forces in Afghanistan said: "There is the possibility of a 9/11 style spectacular, on government buildings, sports grounds, major targets."

He added: "If they cannot get the US, the UK remains a large target.

"Freedom in Afghanistan, as we have seen with 9/11, will give them time and help to plan such an attack."

Six days after the Taliban's takeover of Afghanistan, thousands are still scrambling to leave the country via a chaotic evacuation dubbed one of the most difficult airlifts in history.

Al, Most, Qaeda, terror, Us, wanted
You may also like: