A NEW top-of-the-line stealth craft, the MQ-25 Stingray Tanker Drone, made a stunning public debut as it was loaded onto a US Navy aircraft carrier for its first round of deck-handling trials.

The debut was captured in a photo slideshow the Naval Air Systems Command (NAVAIR) posted to Twitter. 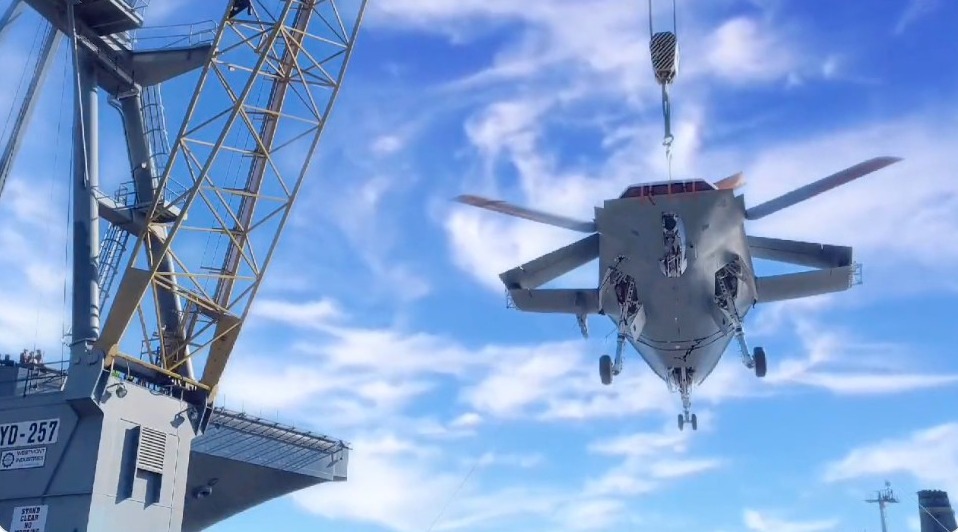 Reports from The Drive detailed the gauntlet of tests the drone demonstrator has undergone this year, including refueling tests with strike fighters and radar planes.

While the outlet reports that the Stingray won't go through flight tests in the immediate future, the on-carrier tests are a vital part of Navy preparations to use the drone in the future.

According to The Drive, the US Navy calls for a total of 72 MQ-25s.

Military officials hope to reach an initial operating capacity by 2025.

Efforts to expand the Navy's fleet of unmanned aircraft have resulted in high-tech developments, like a solar-powered plane that will be able to fly for up to 90 days on its own.

These can carry out 30-hour flights but the Navy is eager for longer flight times.

The use of drones in warfare was drastically increased throughout the occupation of Afghanistan.

President Biden appears poised to continue the use of drone strikes, even after withdrawing boots-on-the-ground troops from Afghanistan.

Those developmental programs are especially important as other global superpowers race to create new, high-powered aircraft and spacecraft.

Most recently, China has developed a "hypersonic glide vehicle" with mysterious capabilities.

US intelligence has also detected Russia massing 175,000 troops on the border with Ukraine preparing for a "massive offensive" as soon as early next year.