Police are hunting two vandals who destroyed a football club’s defibrillator kit just hours after Christian Eriksen suffered a cardiac arrest while playing in the Euros.

Footage of the destruction of the life-saving piece of kit has sparked outrage on social media as Buxted FC and Sussex Police appeal for help to catch those responsible.

In the video, a young man and woman, who appear to be in their late teens or early twenties, can be seen opening the £2,000 defibrillator case and throwing the equipment to the ground. 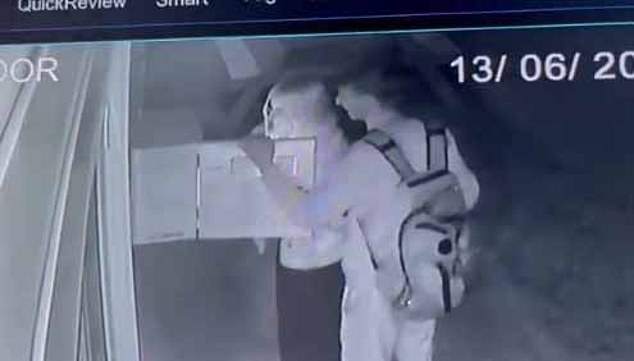 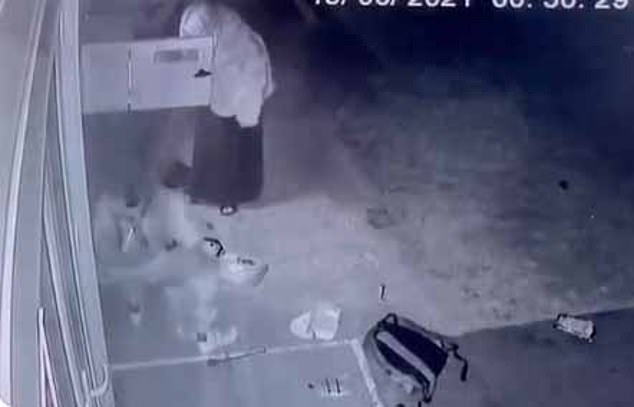 They appear to be filming themselves as they take turns stamping on the equipment before the young man then repeatedly throws it to the ground.

The couple then turn their attention to the defibrillator’s case and appear to try and remove it from the wall but, when that fails, they appear to spit in it.

The club said the incident, which occurred in the early hours of Sunday morning, was ‘heartbreaking’.

Writing on twitter, Buxted FC, in Uckfield, Sussex, said: ‘Last night at 12:50am, our defibrillator was vandalised.

‘It was caught on CCTV so if anyone has any information about who these two people are then please report it to Sussex Police.’

It comes after Danish footballer Christian Eriksen was ‘gone’ after he suffered a cardiac arrest during his side’s Euro 2020 game against Finland on Saturday.

Christian Eriksen collapsed after suffering a cardiac arrest during Denmark’s Euro 2020 game with Finland. He received prolonged treatment on the pitch before being taken to hospital 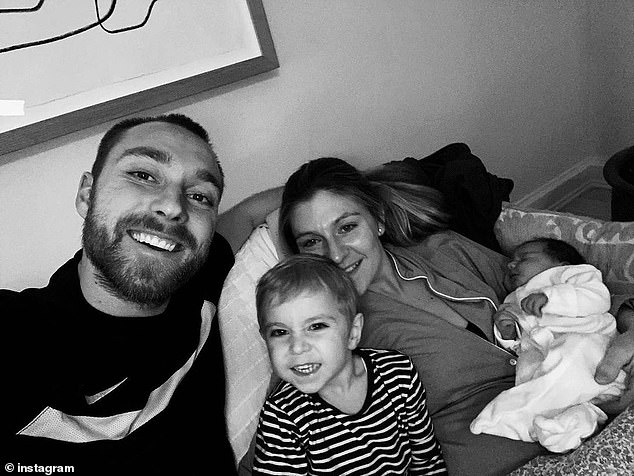 Erikesen, pictured with his family, has since issued a statement thanking fans for their support, and vowed to get to find out why he experienced such a sudden and serious health emergency

Eriksen required 13 minutes of CPR after collapsing just before half-time but was taken to hospital in a stable condition, where he remains.

The 29-year-old has since issued a statement thanking fans for their support, and vowed to get to find out why he experienced such a sudden and serious health emergency.

The footage, posted on the Buxted FC twitter account, has been viewed more than 150,000 times since it was posted on Sunday evening.

It was retweeted by actor Martin Kemp who described what had happened as ‘the pits’.

‘I rarely get upset, angry or surprised by people’s behaviour but this is the pits,’ he said.

‘I hope they will be disgusted with themselves when they get caught.’ 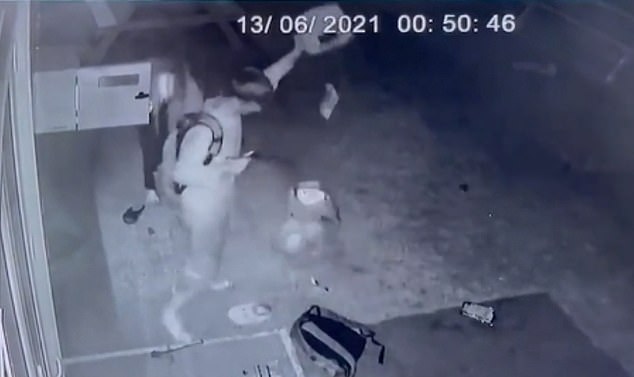 Pictured: CCTV captured the male suspect hurling the expensive equipment to the ground 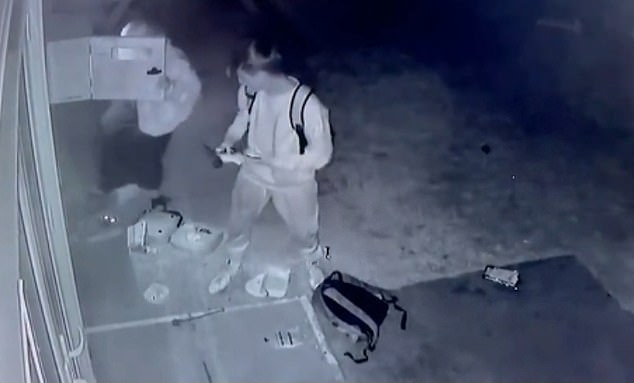 Piers Morgan described the incident as ‘absolutely disgusting’, adding: ‘Particularly after Christian Eriksen’s life was saved by one of these machines yesterday.

‘If you know who these vermin are, please call the police immediately, before they do it again.’

‘Those things save people’s lives and someone has come and trashed it,’ he said.

‘The whole world saw what happened to Christian Eriksen on Saturday so why would anyone think that’s OK?

‘Everyone at the club is a volunteer, we work hard for what we’ve got, but now we’ll have to raise funds to replace it.

Mr Turner said before the incident, Buxted FC had been celebrating winning the mid-Sussex division one league trophy.

‘Now I think we’re more upset than angry after what’s happened,’ he said.

He added that the community had been ‘brilliant’ in its support and many people had offered to help install a new defibrillator.

‘Social media has been brilliant, it’s amazing what people can do when people come together,’ he said.

McDonald’s Fun Football, a charitable arm of the fast-food giant, offered their help to finance a replacement defibrillator.

They said: ‘We would be happy to pay for a new one for your club, we are following you now so please DM us if we can be of any help.’

caught, CCTV, on, smashin, vandals
You may also like: