The recent announcement that Cabrini will be opening a women-only mental health hospital in Elsternwick has been met with enthusiasm by many mental health advocates.

As Cabrini’s Sue Williams and Sharon Sherwood point out, many women do not feel safe accessing mainstream mental health services where harassment, abuse and assault are still appallingly common. The Mental Health Complaints Commissioner detailed shocking incidents of sexual harassment and assault in its 2018 report, The right to be safe. 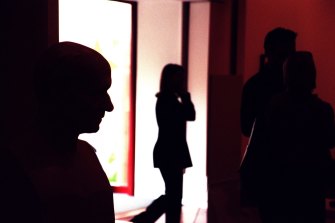 This report is just one of numerous reports and studies highlighting the unacceptably high rates of gendered violence in mental health inpatient units over many decades.

Small scale pilots and programs in acute and sub-acute settings have shown that the number of violent incidents is reduced and women feel more comfortable, safe and relaxed in a women-only environment, better supporting their recovery.

The need for separate spaces for women and gender diverse people is clear. These can take the form of gender-separated facilities within mixed gender services or stand-alone women’s mental health services, like what’s planned at Cabrini.

But safe and appropriate mental health support shouldn’t be a privilege available only to women who can afford private health services. 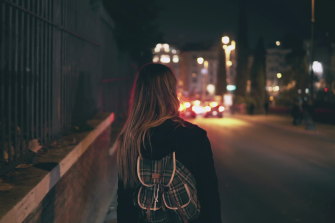 Women make up more than half the users of mental health services.Credit:Shutterstock

Three years on from The right to be safe, the Victorian government has committed to implement all the recommendations of the Royal Commission into Victoria’s Mental Health System, including a recommendation that all new and existing mental health inpatient facilities be designed or upgraded to enable gender separation.

The government has also committed to develop a 35-bed specialist women’s mental health service, not dissimilar to the Cabrini model, via a public-private partnership which would be accessible to public patients.

These initiatives are well overdue and to be applauded. The Mental Health Complaints Commissioner’s report was aptly titled because women have a right to be safe. But is not being abused or assaulted the best women can hope for when they need mental health support? After all, isn’t safety a basic human right?

Women who need mental health support deserve more – a service system designed around their unique needs and the gendered context of their lives.

Gender-separated spaces and specialist services are an important part of the picture, but women make up around half the population and more than half of mental health service users. Overall, women experience poorer mental health than men.

Women and girls deserve a public mental health system that isn’t designed around the needs of men, steeped in gender bias, and which too often devalues and dismisses their concerns and experiences.

So what would a better mental health system for women and girls look like?

First, it would recognise that mental health is influenced by both sex and gender – women experience different risk factors and symptoms and respond differently to treatment for both biological and social reasons. It would centre the insights and experiences of women with lived experience of mental illness and psychological distress through co-design.

It would prioritise primary prevention of mental ill-health – that is, addressing the underlying reasons why women experience poorer mental health than men – the scourge of gendered violence, the disproportionate share of unpaid care shouldered by women, entrenched financial disadvantage, sexist portrayals in media and advertising. In short, it would tackle gender inequality.

It would treat women with respect, take their experiences seriously, jettison outdated stereotypes that suggest women experiencing mental distress are just too emotional or seeking attention.

It would recognise the heavy toll exacted on the mental health of too many women and girls by family and sexual violence, respond sensitively and avoid re-traumatising them through inappropriate or oppressive interventions.

It would be staffed by a workforce trained to provide gender-sensitive care, and with more women –particularly women with lived experience – in senior roles.

It would be responsive to the diversity of women’s needs and experiences, including those of young women, Aboriginal and Torres Strait Islander women, migrant and refugee women, LGBTIQ women and gender diverse people, and women with disabilities.

It would value women’s strengths and empower them to develop the skills they need to address the challenges in their lives.

It would include women in clinical trials so treatments are developed that actually work for them and don’t have unacceptable side effects. And it wouldn’t rely on medication or hospital treatment, but offer women a meaningful choice of treatments in the community, and assist them with the practical support they might need, like child care or transport.

COVID restrictions have amplified the gendered social and economic inequalities which drive poor mental health among women, leading to a spike in demand for mental health support.

The royal commission provides a once-in-a generation opportunity to redesign Victoria’s mental health system to better support the mental health and wellbeing of women and girls. Now is the time for change; we can’t afford to fail half the population any longer.

Mischa Barr is policy and health promotion manager at Women’s Health Victoria and chair of the Women’s Mental Health Alliance.

a, bett, Deserve, Victorian, Women
You may also like: