The NYPD reported that two officers suffered minor injuries during the protest, which was attended by about 100 marchers; officials could not immediately say how the cops were hurt.

At least some of those arrested were accused of attacking Daily News photographer Sam Costanza at the intersection of Sixth Avenue and 54th Street in the mistaken belief that he was a cop, sources said.

The photog was surrounded and struck after one of the marchers recognized him from a BLM protest outside the NYPD’s 6th Precinct house in Greenwich Village last year, according to sources.

The agitated protester began yelling, “He’s a cop,” inciting many of his fellow marchers.

About a dozen people surrounded the photog, shoving him and beating him with their fists and other objects, sources said.

The NYPD confirmed the attack, telling The Post “a member of the media” was assaulted, and police made “a number of arrests.”

The photographer, who suffered a bloody nose, was not seriously injured and declined medical attention, police said. 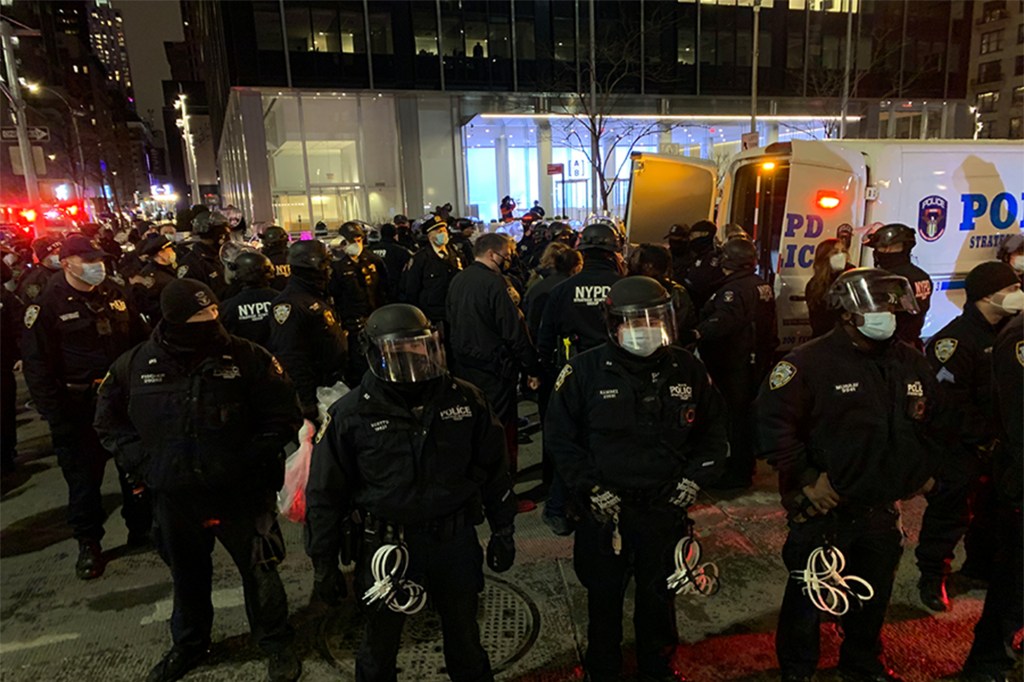 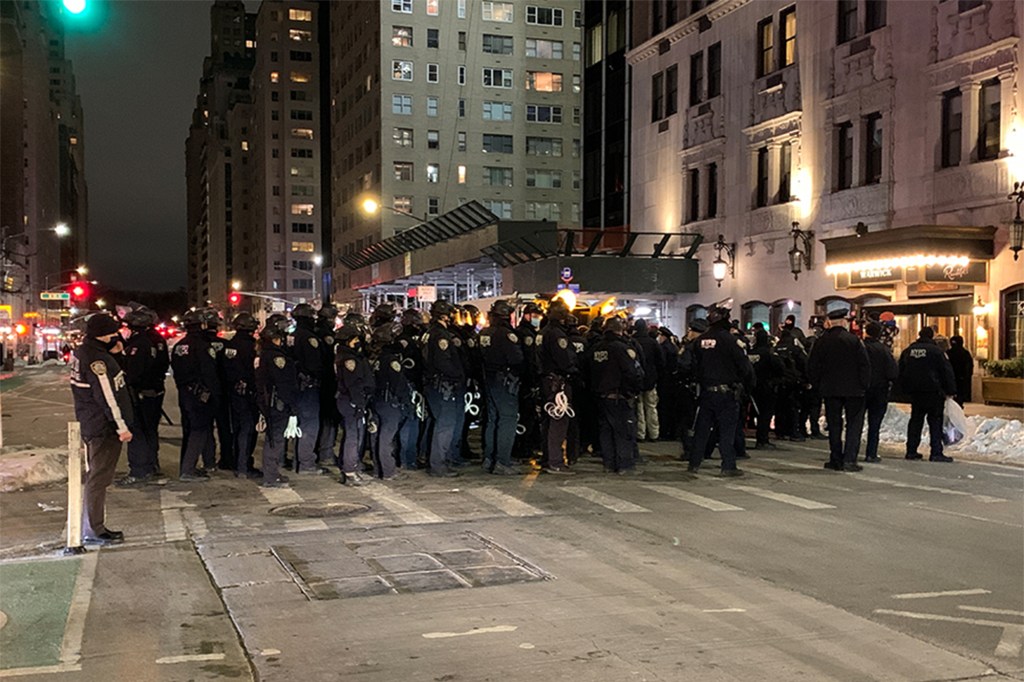 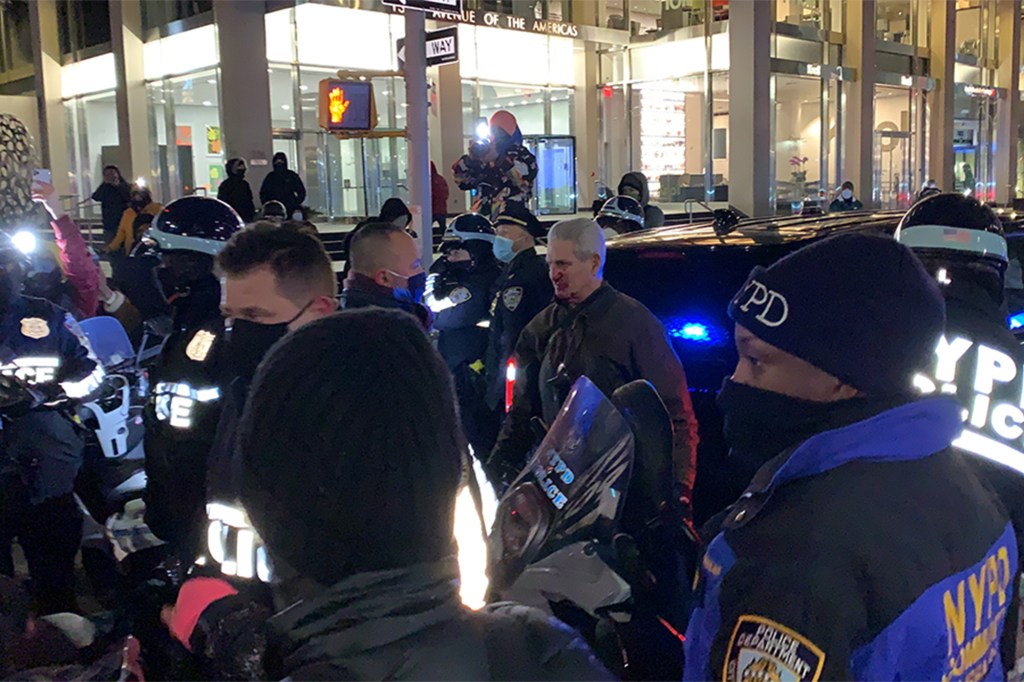 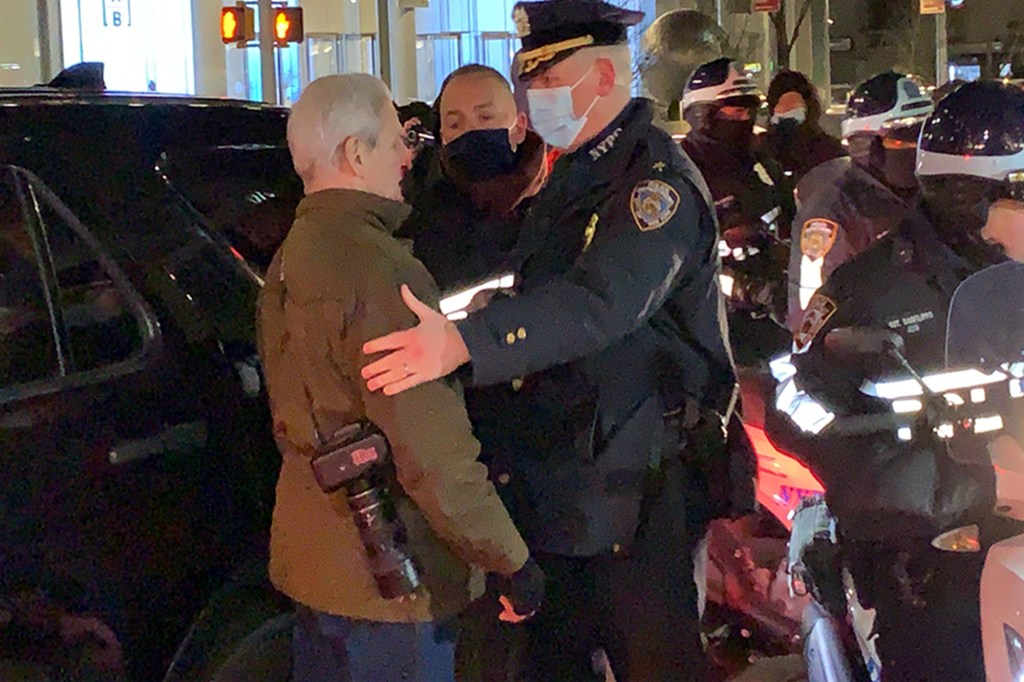