Presiding via video link from the Kremlin at the launch ceremony in the former imperial capital of St Petersburg in northern Russia, Putin said such icebreakers were of strategic importance for the country. 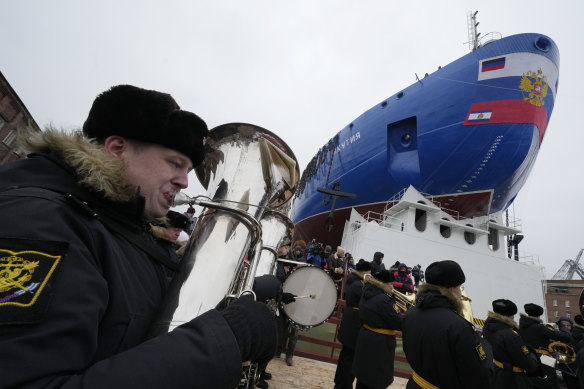 “Both icebreakers were laid down as part of a large serial project and are part of our large-scale, systematic work to re-equip and replenish the domestic icebreaker fleet, to strengthen Russia’s status as a great Arctic power,” Putin said.

The Arctic is taking on greater strategic significance due to climate change, as a shrinking ice cap opens up new sea lanes. Vast oil and gas resources lie in Russia’s Arctic regions, including a liquefied natural gas plant on the Yamal Peninsula.

Putin smiled as the Yakutia nuclear icebreaker was launched into the water in the docks and stood as the Russian national anthem graced the raising of the Russian flag on the Ural icebreaker which will begin work in December. 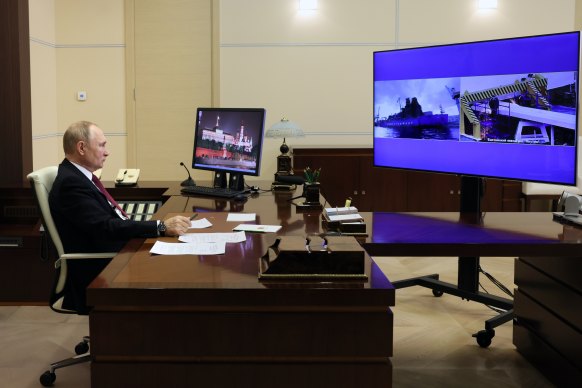 Two other icebreakers in the same series, the Arktika and the Sibir, are already in service, and another, the Chukotka, is scheduled for 2026.

Putin said a super-powerful nuclear 209-metre icebreaker known as “Rossiya”, with a displacement of up to 71,380 tonnes, would be completed by 2027. It will be able to break through ice four metres thick.

“They are needed for the study and development of the Arctic, to ensure safe, sustainable navigation in this region, to increase traffic along the Northern Sea Route,” Putin said.

“The development of this most important transport corridor will allow Russia to more fully unlock its export potential and establish efficient logistics routes, including to Southeast Asia.”

Putin, who came to power in 1999 promising to end the chaos triggered by the collapse of the Soviet Union, has quietly strengthened Russia’s presence in the Arctic, where Russia has more than 24,000 km of coastline stretching from the Barents Sea to the Sea of Okhotsk.

More recently, Putin’s leadership has been bogged down in the unsuccessful invasion of Ukraine, which he started on February 25. Russia has poured men and resources into the war with few victories.

Since 2005, Russia has reopened tens of Arctic Soviet-era military bases, modernised its navy, and developed new hypersonic missiles designed to evade US sensors and defences.

Arctic experts say it would take the West at least 10 years to catch up with Russia’s military in the region, if it chose to do so.