Vomit, trashed hotel rooms and one VERY wild night: Inside the Olympic Village party that saw Aussie sport stars mark a rowdy end to the Games

Officials have hauled the Australian men’s rowing and rugby teams over the coals after a wild weekend of partying at the end of their Tokyo Olympics campaign.

The party came as the rowing and rugby teams completed their Tokyo competitions and prepared to fly home the following day.

But the traditional celebrations on Friday and Saturday nights are said to have gone beyond acceptable limits while the Olympic Village is in Covid lockdown. 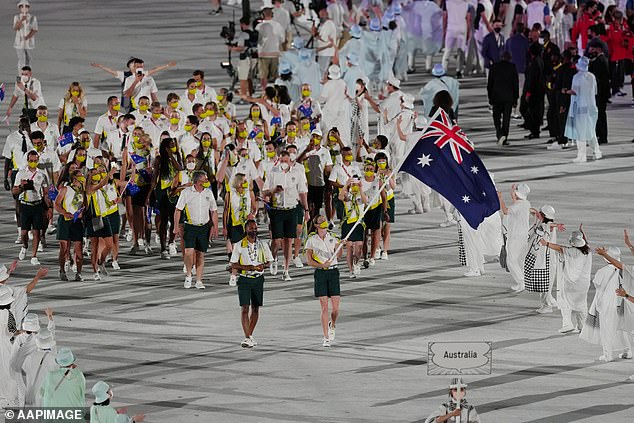 Under the strict restrictions, drinking is only allowed in athletes’ rooms and no socialising is permitted.

But the Australian Olympic Commitee admitted the men’s teams went too far.

‘A few individuals did leave their rooms in a messy and unacceptable state prior to departing back to Australia,’ an AOC spokesman told the Daily Telegraph.

‘Two apartments had minor damage, one each involving athletes from the men’s rowing and rugby teams.

‘The CEOs of both organisations have apologised to the AOC and have made their own enquiries into the athletes’ behaviour.’ 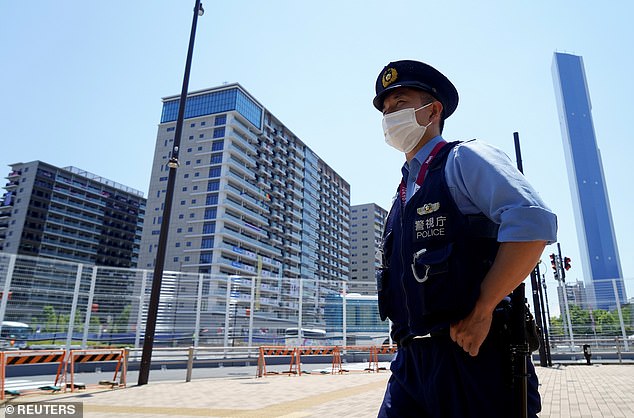 Athletes have been rushed out the country following the end of all their events at Tokyo 2020 under Covid restrictions in a bid to minimise any possible outbreaks.

As a result, there have been many athletes trying to fit in their celebrations at the end of years of training and dedication throughout the two weeks of the Olympics.

On Monday, Australian sprinter Rohan Browning, 23, vowed to drink every bottle of Asahi Japanese beer he could find after his 100m campaign came to an end.

‘I’m looking forward to celebrating and I don’t think there is an Asahi that is safe in Tokyo city tonight,’ Browning joked in a TV interview. 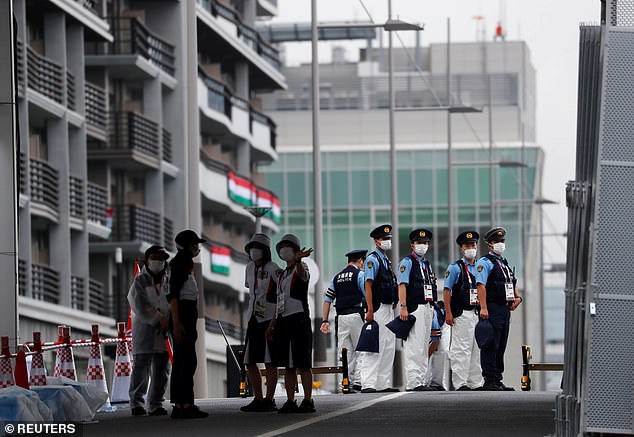 Under strict Covid restrictions, drinking is only allowed in athletes’ rooms and no socialising is permitted. Seen here is a general view of the Olympic Village where athletes are living

‘Let’s be clear, the vast majority of athletes have absolutely done the right thing through their stay and been model citizens both on and off the field of play,’ he said.

‘A few have let themselves down and, as we have high standards, the matters were reported to the national federations and they will deal with those athletes involved.

‘It has all been appropriately dealt with and we have put the matter behind us here. I continue to be happy impressed by the behaviour and spirit of this team.’

And, hotel, rooms, Trashed, Vomit
You may also like: