VW Golf flies through the air after striking parked car

This is the heartstopping moment a car which shot through a junction and is thrown into the air after colliding with a parked car.

CCTV footage from the scene in Bradford, West Yorkshire, showed the car drive across a junction where it is struck by another vehicle sent out of control.

The white VW Golf initially strikes a parked Honda Civic on its right hand side and pirouettes across the road where it collides with two other vehicles, including a VW Passat. 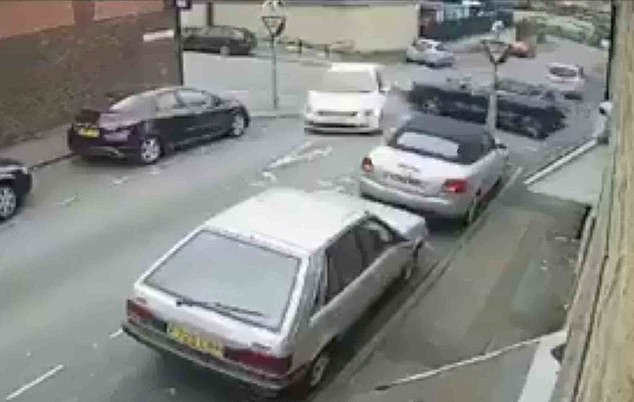 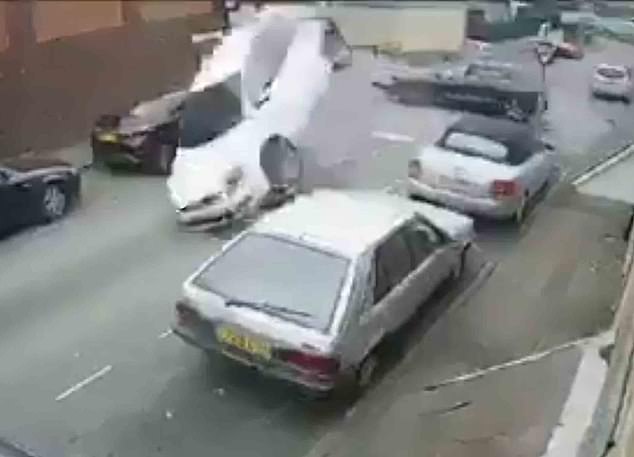 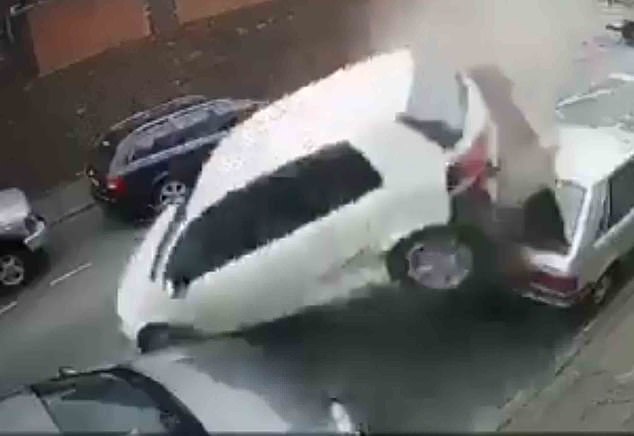 The passenger of the VW Golf is shown getting out of the badly damaged car before walking a short distance towards the car on the junction which stopped at the scene of the collision.

The passenger then returns to his vehicle, before the driver moves the wrecked car down the road.

A second camera angle showed the extent of damage inflicted on the VW Golf.

The badly damaged Golf’s rear bumper was hanging off as a result of the collision. 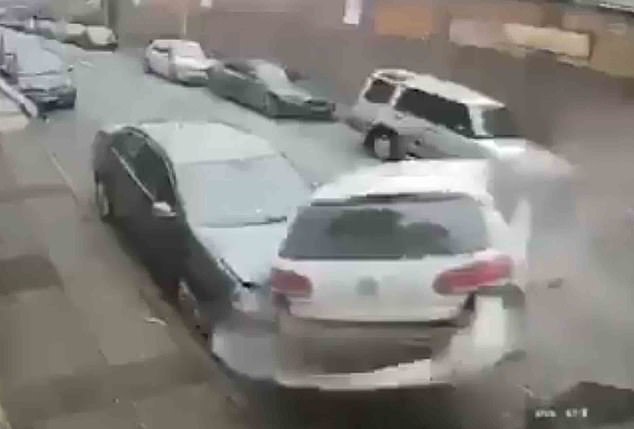 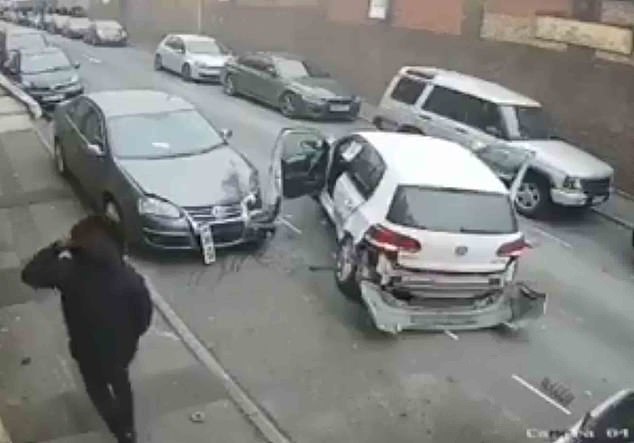 The clip was shared on Facebook by a local page who captioned their post: ‘Trying to park up on Woodland Street off White Abbey Road.’

One Facebook user, Susan Lillie Joans said: ‘Oh my. They were lucky to be walking.’

Nasmin Miah wrote: ‘How can they just casually just walk off!! This is disgraceful.’

John Bedworth added: ‘That’s what happens when you think you can just drive straight over and not check.’

MailOnline has approached West Yorkshire Police for a comment.

Air, flies, Golf, the, through, VW
You may also like: