People waiting patiently to cross the road were told it was safe by a green woman traffic signal yesterday in locations across the capital.

Transport for London (TfL) installed the specially designed symbols, which includes a diverse range of images, as part of International Women’s Day.

TfL says the reimagined symbols ‘serve as a reminder of the huge contribution women make to all aspects of society, including the transport network’. 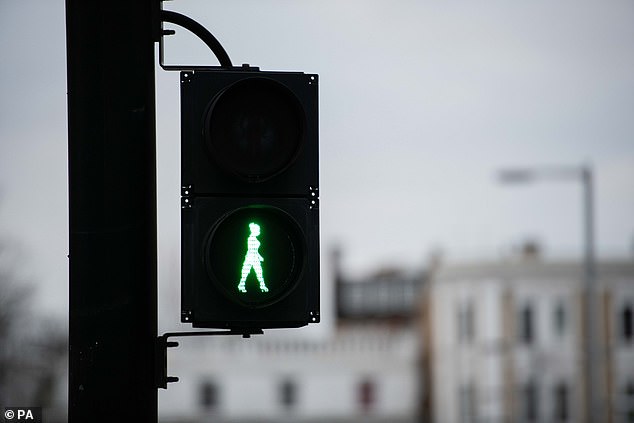 Londoners will have spotted the new green woman crossings on high streets in Dalston, Tooting, Clapham, Brixton, Tottenham and Lewisham and by King’s Cross St. Pancras Tube station, as well as in Camden Town Centre, Hyde Park, the Southbank and along Exhibition Road in South Kensington.

‘It is important we commemorate the hard work, contributions and success of women across London every day and even more so on International Women’s Day. 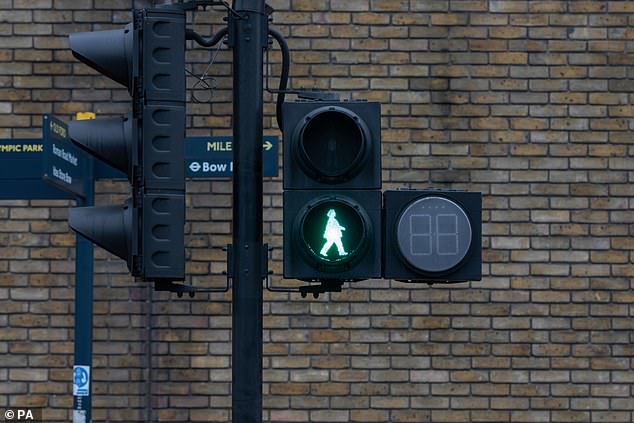 It is hoped the new look figures will remind people of the huge contributions made by women across society, including transport 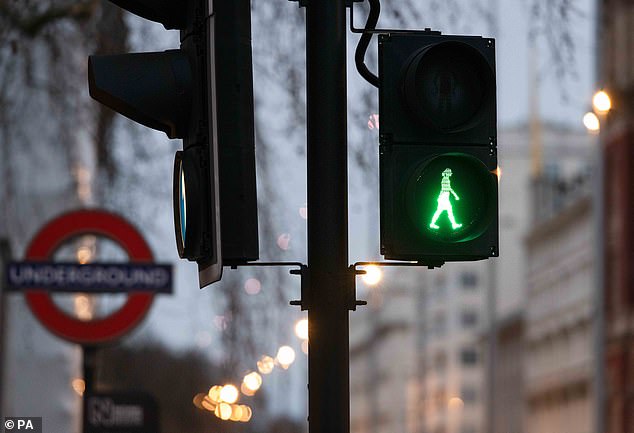 ‘We hope that by increasing the visibility of women with these signals in public and shared spaces, Londoners will be reminded of the huge contributions of women.’

The signals were produced for free by Siemens Mobility, who installed them alongside TfL’s partners, Telent and Cubic.

The designs have been created in line with the safety features of the green man figure, ensuring pedestrians relying on the green signal to cross the road can still recognise the cue indicating it is safe to do so.

TfL has also pledged to inspire more girls and women to consider a career in transport by actively encouraging more women applicants to its graduate schemes and apprenticeships.

for, Green, Little, the, wait, woma
You may also like: