Norman Tulloh achieved international recognition in agricultural research and education, particularly in the field of animal production and spent most of his career as a leading academic at the University of Melbourne.

He was a World War II veteran and was made a member of the Order of Australia (AM) in 2004.

Born in Horsham, Victoria, to Ivan and Eliza Tulloh (nee McCall), Norman grew up at Longerenong Agricultural College where his father was the principal in the 1930s. He attended Dooen Primary School and Horsham High School before beginning an agricultural science degree course at Melbourne University in 1940 and living in Ormond College.

His studies were interrupted by the war, during which he served in the army in Papua New Guinea and Darwin. He completed his master’s of agricultural science in 1951 and working with CSIRO, he was seconded to the Australian high commission in London as Australia’s scientific liaison officer in 1952. 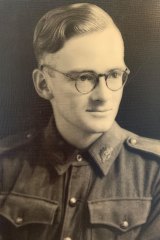 It was in London he met Ailsa Robertson, a chemistry graduate and research assistant originally from Brisbane, who had been taken on as assistant scientific liaison officer. They married in Brisbane in 1954 and settled in Melbourne where they had three children Andrew, Bruce and Judith. Many happy years of family life followed with Norman taking an active role in each of his children’s lives and enjoying his interests as a keen dinghy racer, golfer and fisherman.

In 1957, Norman was appointed to a senior lectureship at the University of Melbourne. He completed a PhD on interbreed body composition in cattle, which was conferred in 1963. Along with colleagues Derek Tribe, Yvonne Aitken and Jack Wilson, Norman co-authored the textbook Agricultural Science – an Introduction for Australian Students and Farmers, which became the standard text in schools and colleges for the next 20 years.

In 1972, Norman made the first of many visits to Indonesia as part of the Australian-Asian Universities Co-operation Scheme (AAUCS), which helped set up and fund research projects in animal husbandry abroad.

He became the academic director of AAUCS in 1978. The author of five books and about 100 other publications, his outstanding achievements have been recognised by many awards. He was awarded a personal chair at the University of Melbourne as professor of animal production in 1974, he attained his doctorate of agricultural science in 1975 and served as dean of the Faculty of Agriculture and Forestry from 1976-78.

Norman was elected a member of the Australian Academy of Technological Science and Engineering (AATSE) in 1981 and he supervised more than 80 PhD and master’s projects. He was honoured with the title of emeritus professor (1987) and membership of the Order of Australia (AM) for services to agricultural science as a researcher, educator and administrator in 2004.

His wartime memories and led him to produce two books – Darwin 1942. An Army Truck Driver’s Diary from World War II and Letters Home (1943-45) from the 41st Australian Landing Craft Company. He then prepared for publication a diary his late father had written while serving in the 23rd Battalion, 6th Infantry Brigade, 2nd Division, AIF, in World War I. Printed copies of all three diaries are available at the Australian War Memorial, Canberra.

Norman’s onset of nerve deafness began in the 1960s and he wore a hearing aid for most of his professional career. Profoundly deaf at 66, he received a cochlear implant under the supervision of Professor Graeme Clark. For the next 25 years, he returned to the Royal Victorian Eye and Ear Hospital for regular follow-up and to contribute to research as one of the oldest implant recipients.

He was foundation secretary of the Darwin Defenders group, formed in 1998 to commemorate the bombing of Darwin by the Japanese in 1942 and continued an association with this group until his final years. He was active in the Wallaby Club, Greenacres Golf Club and Friends of Surrey Park. 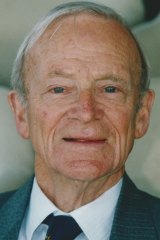 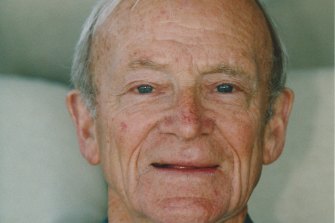 Aca, achieved, veteran, War, World
You may also like: