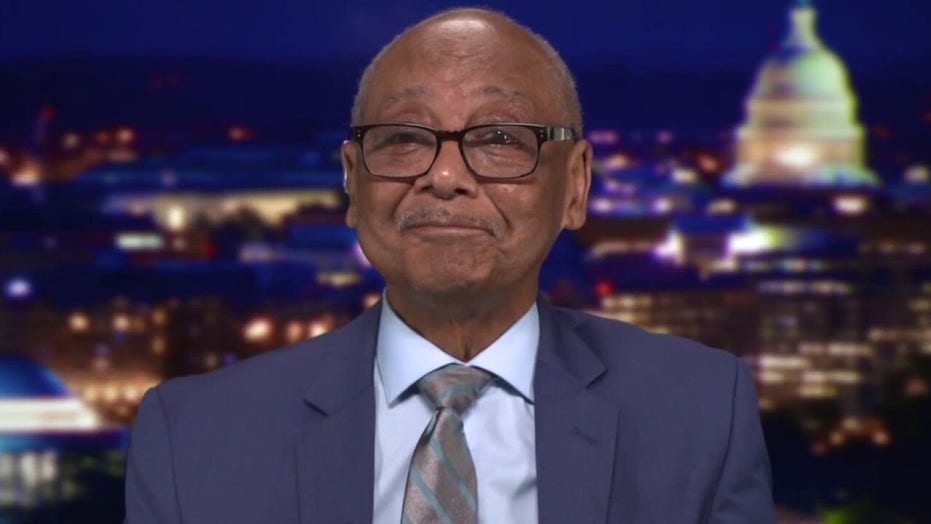 Woodson: ‘Character’ is what moves people from ‘poverty to prosperity’

The Woodson Center founder joins ‘Life, Liberty & Levin’ to discuss the push to end ‘institutional racism’ in the U.S.

A week after America celebrated its independence — and in the midst of a romanticization of socialist principles from American politicians, celebrities and athletes — the people of Cuba took to the streets on Sunday to wave American flags high in the air in opposition of their oppressive communist government.

In a heartbreaking scene for Americans that have witnessed their media tear down American symbolism and vow to burn flags on a global platform, the people of Cuba — who experience the torment of living under a communist dictatorship first-hand — continue to believe that the American flag symbolizes a never-ending promise of opportunity, equality and freedom.

Fueled in recent years by the cowardly Colin Kaepernick, preference for communist ideals and redefining American symbols as representations of “white supremacy” continues to only grow in popularity among media figures looking to benefit off the dangerous rhetoric — while citizens under the dictatorship rule continue to be tortured, killed and starved by their government.

According to the Fox News report, the Cuban protesters walked the streets hoisting American flags high and chanting “we are not afraid.”

Watch as OutKick’s Clay Travis goes in on Kaepernick, whose net worth of over $20 million couldn’t be a better indicator of the oxymoronic politics the washed up QB chooses to promote.

“After Colin Kaepernick decided to not stand for the nation anthem, he met the media immediately thereafter and he was wearing a Fidel Castro t-shirt. If you were in any kind of way intellectually sophisticated about the arguments that you were making, I don’t know if the best representative sample of freedom of speech that you can choose is a communist dictator from a country where they still have to drive cars from the 1950s and the 1960s.

“Not only that, Kaepernick then played against the Miami Dolphins and defended, because he was asked about it by a lot of Latin American former refugees from Cuba, all over Venezuela, who have seen the hard hand of socialism face to face, he was asked about it … and he praised Cuba! As if Cuba were in some way something that the United States should be emulating.”

As the video from Cuba reverberates the stance that Clay has defiantly stood for since Kaepernick donned the Dunce cap, the fight to preserve our nation’s ideals continues to not only affect Americans, but those fighting and dying around the globe to keep the hope of freedom alive.

“So I think what Kaepernick represents, in many ways, is an unsophisticated understanding of the basic tenets of capitalism, of democracy, of history. This is a guy who has decided that hating America makes him a lot of money … which is an ultimate irony, right?”

American, Flags:, fly, high, Watch
You may also like: