THIS is the terrifying moment a van ploughed into a crowd following an alleged row.

Footage shows the vehicle swerving towards pedestrians in Bolton in the early hours of this morning. 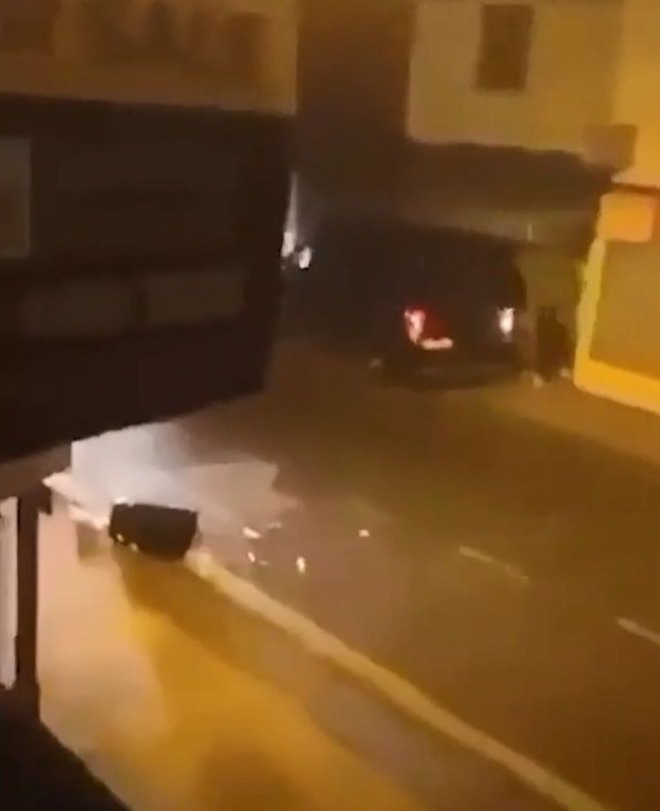 One person can be seen jumping out the way as the van careers into a group of people.

Bystanders then rush to the aid of those hit as the video comes to an end.

Miraculously no one was hurt in the attack, which police described as "domestic related".

They confirmed a 27-year-old man has been arrested on suspicion of attempted murder and remains in custody. 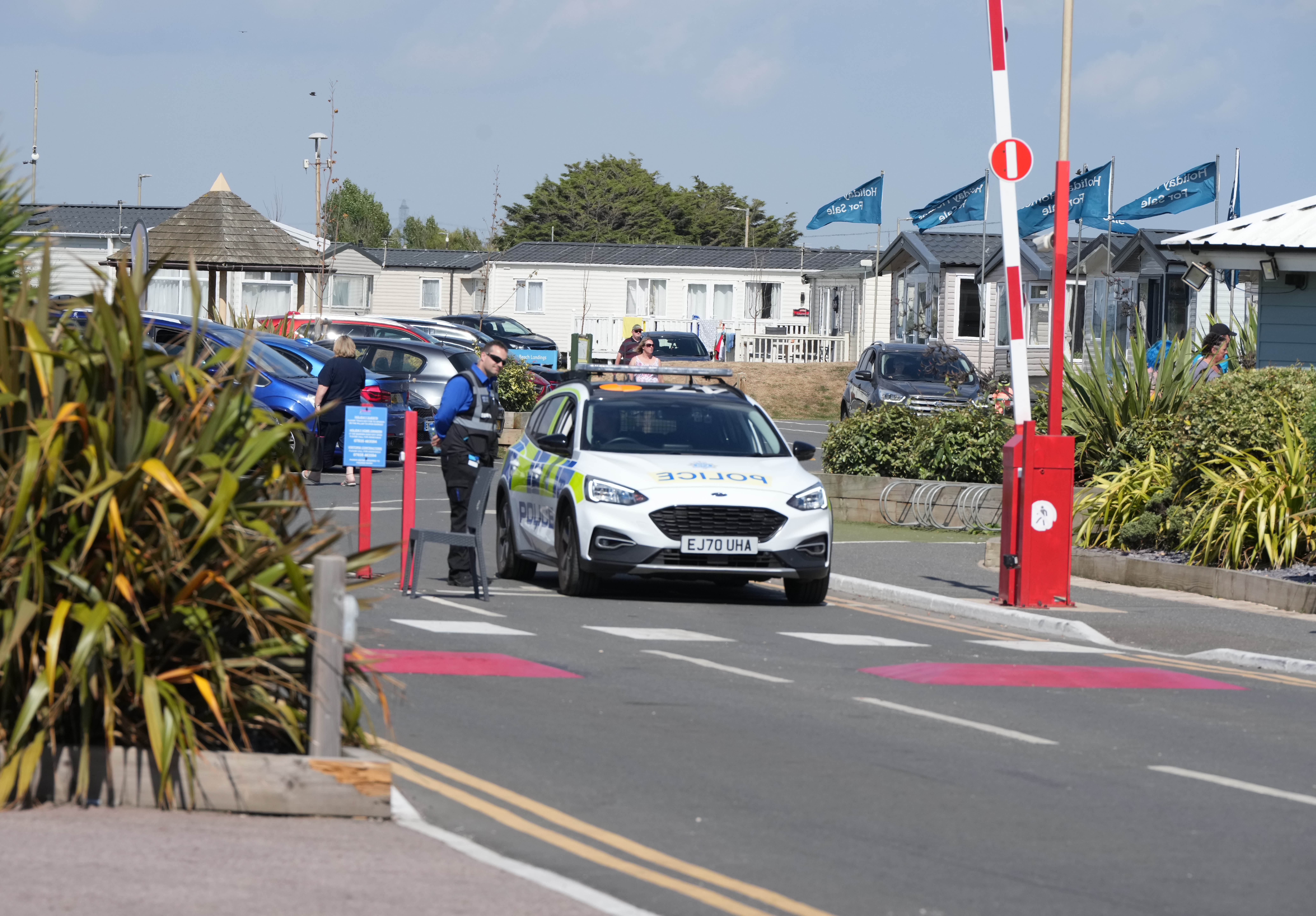 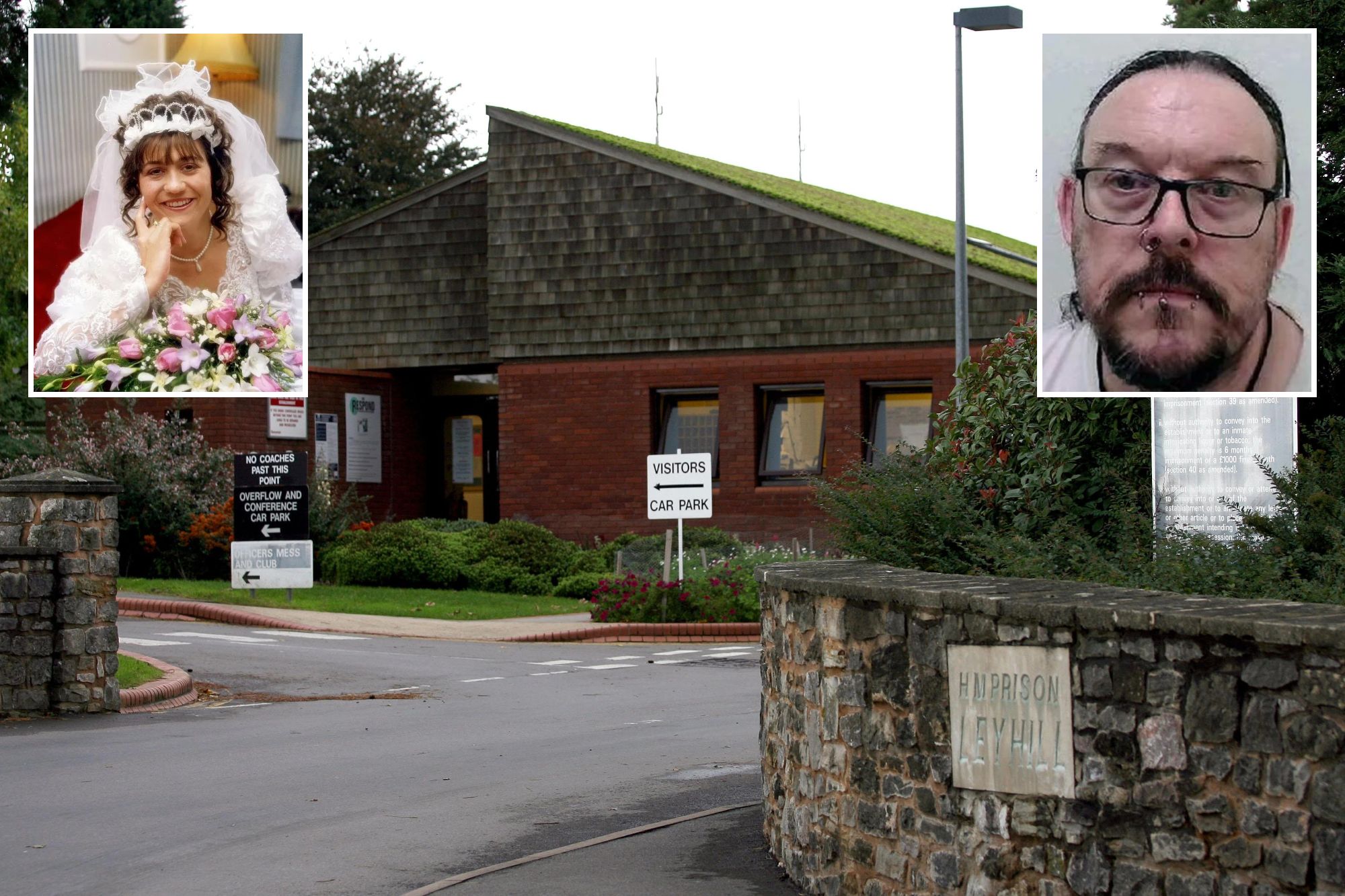 Dramatic pictures show shards of glass strewn in the road and a bin tipped on its side following the horror.

Detective Inspector Stuart Woodhead, of GMPs Bolton CID, said: “Thankfully no one was seriously hurt during this incident but the outcome could have been very different, hence why we have arrested the suspect on suspicion of attempted murder.

"Following enquiries we believe this to have been a domestic related incident with the suspect believed to have been driving into a group of people who he was involved in an altercation with.

“The suspect remains in custody for questioning and a scene will remain in place on Market Street today while our investigation continues." 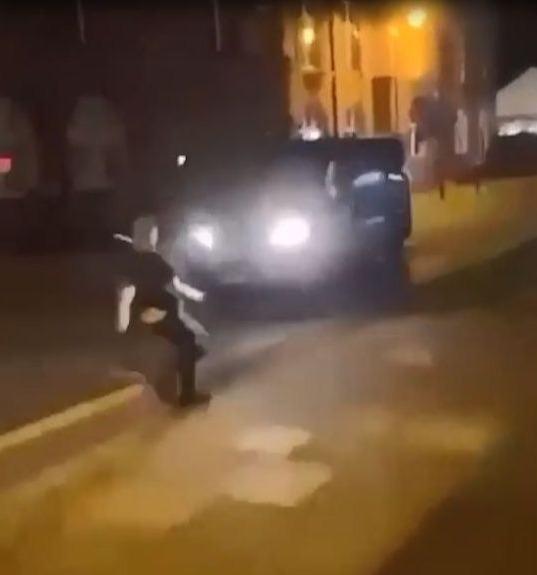 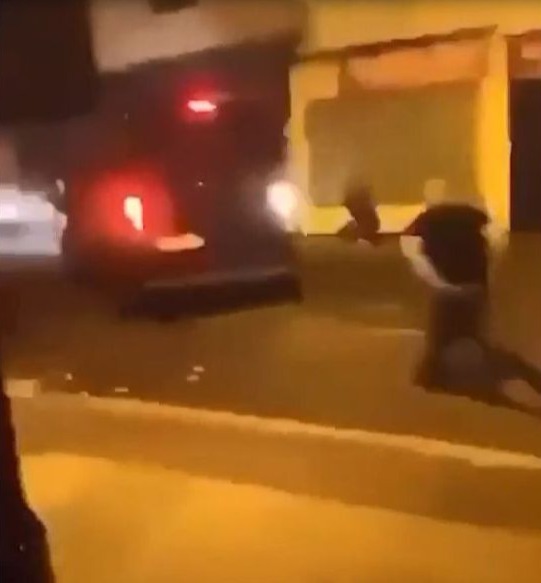 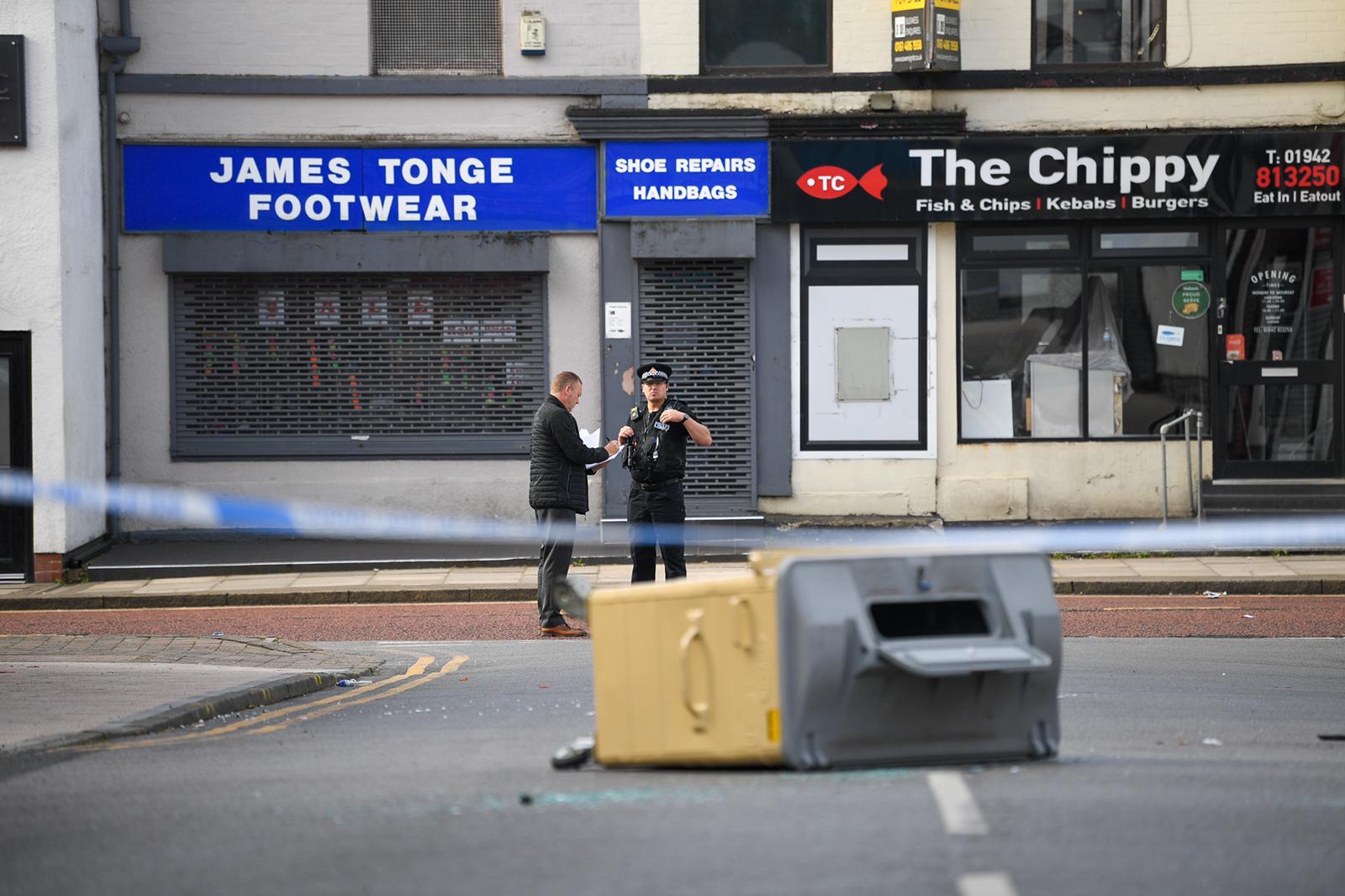 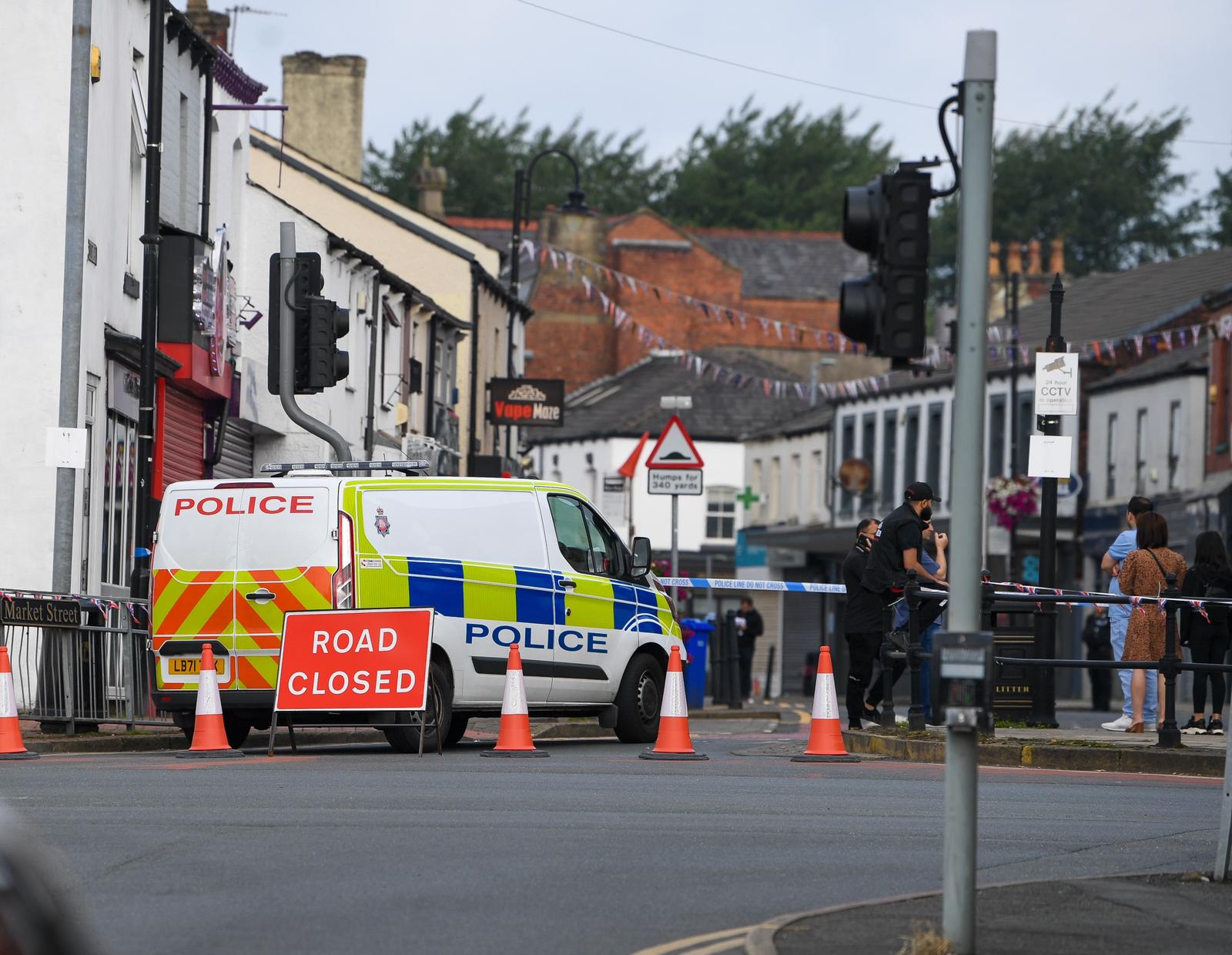