With Victoria on the cusp of standard-setting reforms to the way in which the government – and governments in the future – will handle pandemics, there is cause for watchful optimism.

The amendments that have been conceded by the government in the last two rounds of negotiations provide a far better framework in which the need for extraordinary, urgent government action to keep the community safe, is met with a number of extraordinary, fit-for-purpose transparency, oversight and accountability mechanisms that are consistent with Victoria’s democratic commitments. 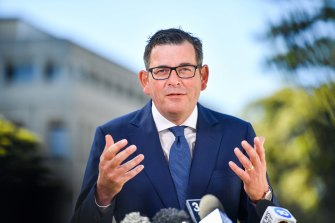 This compromise has been the result of a series of constructive discussions between the government and an increasing number of members of the crossbench. This engagement, which has also been informed by a number of experts (including ourselves), bodes well for the proposals in the legislation, the success of which will ultimately rest on the government and the Parliament undertaking their respective roles seriously, and responsibly.

We think the proposed legislation is standard-setting – but the proof will be in the implementation. That’s not surprising. The legislation has been drafted in the midst of a pandemic, with the ticking clock of an expiring emergency declaration over its head.

In the circumstances, what has been achieved is laudable and there are many dimensions of the legislation that we think will be – or should be – adopted in other jurisdictions in Australia and abroad. And, of course, there is the fact that we are still learning about pandemic management.

The legislation itself provides for this very fact with a more robust independent statutory review requirement, commencing no later than 18 months after the legislation’s introduction. This is one of the most important parts of the proposal.

When the time comes, the government must make the most of that opportunity by appointing persons robustly independent and expert, and by adopting a well-publicised, transparent review process (including submissions) that re-evaluates the transparency, oversight and accountability mechanisms.

The major scrutiny and oversight change is the establishment of a cross-party, joint parliamentary committee – the Pandemic Declaration Accountability and Oversight Committee. This Committee will be responsible for the oversight of all orders and instruments made under a pandemic declaration, and has the power to recommend that they be disallowed (that is, overruled) by an absolute majority of a joint sitting of Parliament.

This is still weak: given the current numbers in Parliament, it will ensure the government can block any disallowance recommendation. This, then, remains of concern, and its operation should be carefully examined in the future review.

The proposed committee will also have the power to call witnesses and request documents in the course of investigating and reporting on the directions and orders. While the remit of the committee might appear limited to reviewing the pandemic orders and instruments, we hope that, given that most of the government’s pandemic response is through such orders, the committee will also exercise general oversight and become the dominant oversight force for this, and future, pandemics.

The government must not control more than half the seats on the committee, and the chair must not be a member of a political party forming the government. But, given the importance of their casting vote, a critical question is how the independent chair is chosen. The current bill states that its members are to be appointed “according to the practice of Parliament” in appointing “joint select committees”. It will be critical to ensure the committee chair is (and continues to be) selected in a way that ensures independence and is acceptable to both the government and the opposition.

The committee also must be adequately resourced, including with an experienced secretariat, as it has responsibility for technical matters such as reviewing compliance with the Charter of Rights and Responsibilities. These issues must be monitored and reviewed in the independent review process of the legislation in 18 months time to ensure that this committee is performing its role.

The other major win for oversight and accountability in this framework is the transformation of Detention Review Officers – lawyers subject to the direction of the Minister and override of the Chief Health Officer – to statutorily independent Detention Appeals Officers. The forced detention of individuals during a pandemic may be necessary for the health of the wider community. But it is an extraordinary power, and it is appropriate that an extraordinary, fit-for-purpose avenue of appeal is set up for affected individuals.

There are other wins in the amendments: Victorians can be relieved that the proposed aggravated offence – under which certain breaches of pandemic laws could have been punishable by fines of almost $50,000 and two years’ imprisonment – has been eliminated from the bill.

As a result of an amendment secured in the previous round of negotiations, there is no longer an explicit exemption from the Equal Opportunity Act, and any differentiations must relate to a public health reason. Further, although the right to safe forms of protest is not explicitly mentioned in the bill, the government has indicated that it will make provision for that in guidelines.

The latest round of amendments to the proposed pandemic management legislation have, finally, provided fit-for-purpose emergency powers as well as fit-for-purpose transparency, oversight and accountability. While much will still turn on its implementation, and there will be need for amendments, no doubt, when the time for its review comes up, we believe the framework that has now been agreed is an excellent start to an Australia-wide discussion about how to protect public health in a way that respects our democratic commitments.