Follow
Home » World News » We tried to spice up our sex lives but got our privates stuck in hoovers, fell off balconies and snapped willies

We tried to spice up our sex lives but got our privates stuck in hoovers, fell off balconies and snapped willies

KEEPING things exciting in the bedroom is no easy task, but some couples take things a little too far and land themselves in all sorts of embarrassing situations – literally.

This week a half-naked woman fell from a balcony during a passionate romp on the balcony of an apartment in Taipei, Taiwan.

Miraculously the unnamed thrill-seeker survived after her horror fall was cushioned by a car roof, but she did require hospital treatment.

Meanwhile in Nepal, a 45-year-old got his penis stuck in the neck of a plastic bottle during what's believed to have been a sex game gone wrong.

The International Journal of Surgery Case Reports said his manhood was trapped for two months before he sought help – and could have rotted if he'd waited any longer.

In Britain alone, a whopping 62 per cent of us reported suffering injuries during sex according to a Superdrug survey earlier this year.

Here we look at some of the worst – from rampant sex marathons that led to hospital visits to props that got stuck where they shouldn't.

A circus performer got himself into quite the sticky situation when he superglued his penis to the inside of a vacuum cleaner.

Dan Blackner, known as Captain Dan the Demon Dwarf, was waiting to go on stage when he noticed a problem with one of his props.

A vacuum attachment that allowed him to pull a Henry the Hoover with his penis had become loose.

With minutes to go before his performance in The Circus of Horrors, Dan tried to fix the apparatus with superglue.

In 2007, he told the Daily Mail that it was “the most embarrassing moment” of his life when he wheeled his way into A&E with the vacuum still attached to his privates.

Dan added: “I just wished the ground would swallow me up. Luckily, they saw me quickly so the embarrassment was short-lived." 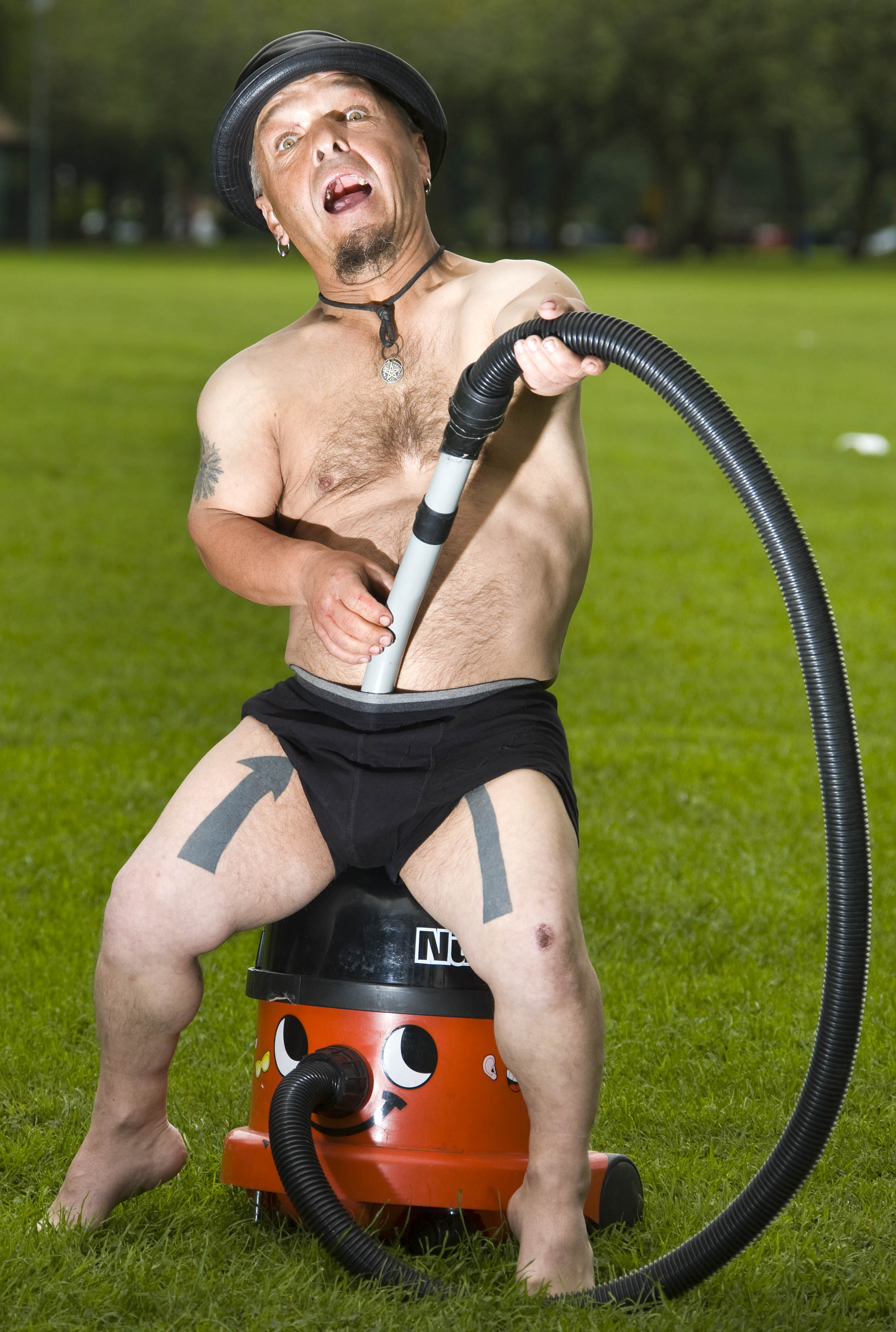 One frisky fitness fanatic in Germany was arguably a little too obsessed with the gym because he tried to combine his love of weightlifting with sex.

The man raced to the hospital with purple, swollen genitals after getting his penis stuck in the hole of a 2.5kg (5lb 8oz) weight.

Doctors spent three hours trying to free him from the heavy metal disc before they were forced to use a grinder and a vibrating saw.

They eventually managed to remove it and later a photograph of the painful-looking injury was leaked online. 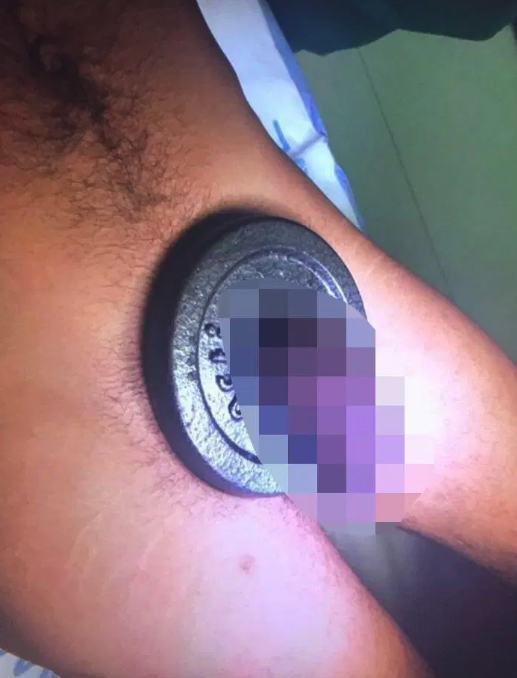 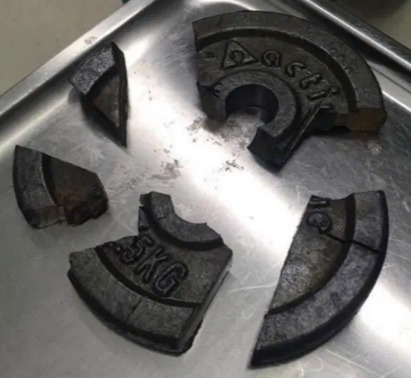 Relationship experts often advise couples to keep things fiery in the bedroom – but one couple took that tip a little too much to heart.

Things started to get heated for Doug Bartlett and Anna-Marie Richardson after a boozy afternoon in Brighton.

In 2018, she told The Sun there was around 15 minutes of foreplay before she reached into her bag and pulled up what she “thought was lube”.

Anna-Marie continued: “I then poured it all over his manhood and carried on doing what I was doing with my hand.

“After about 10 seconds, he started SCREAMING… he jumped off the kitchen table writhing in pain.”

Unknowingly, she had actually doused his penis with hot sauce.

Unfortunately, when Dan tried to run to the bathroom he tripped over Anna’s shoe and knocked himself out.

Luckily for him, his quick-thinking partner poured yoghurt over his manhood, which she later said was “the best thing for genital burns”.

Thankfully there were no lasting injuries and Anna claimed “it definitely bonded us as a couple” as well as being “one hell of a pub story”. 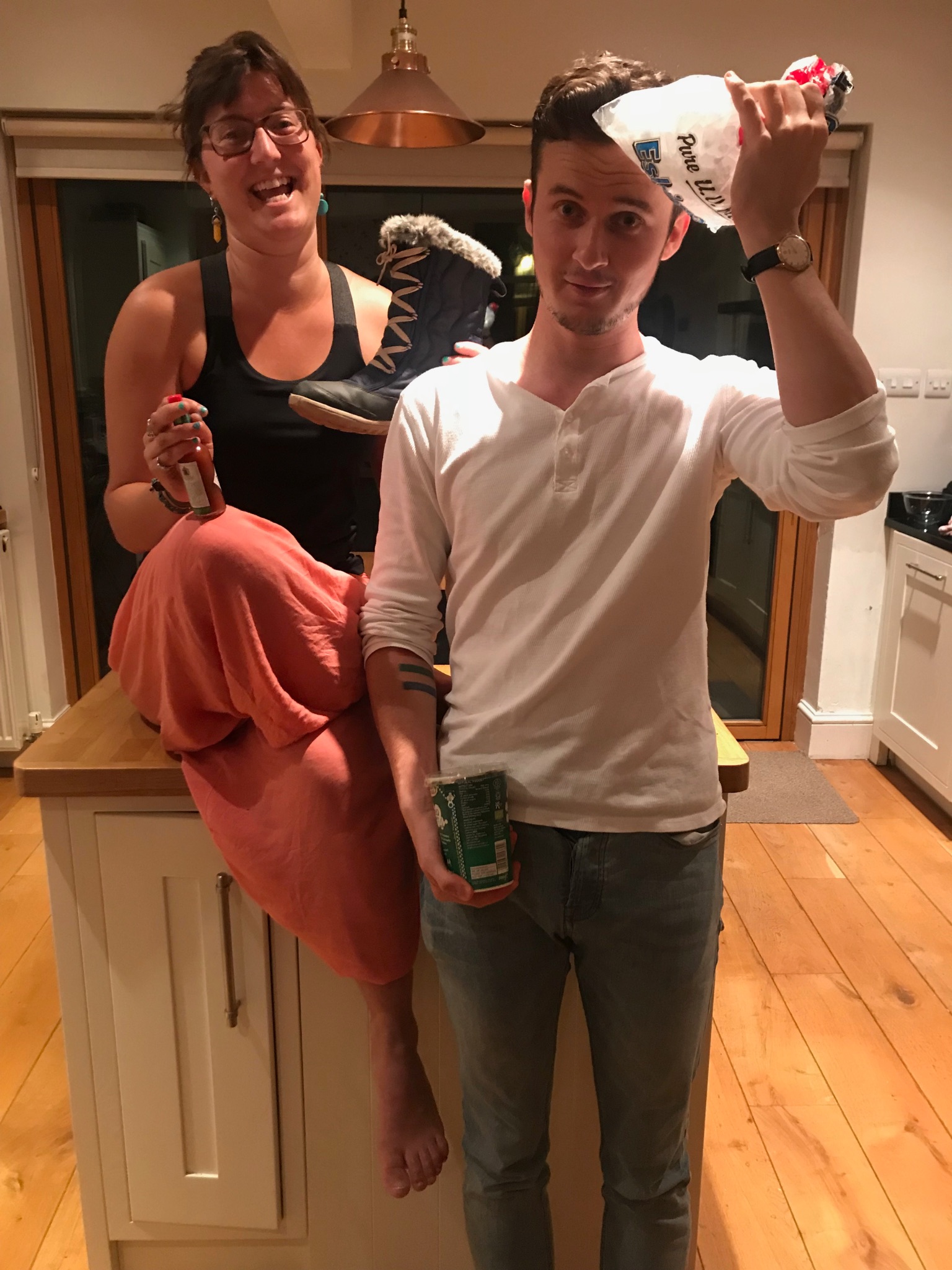 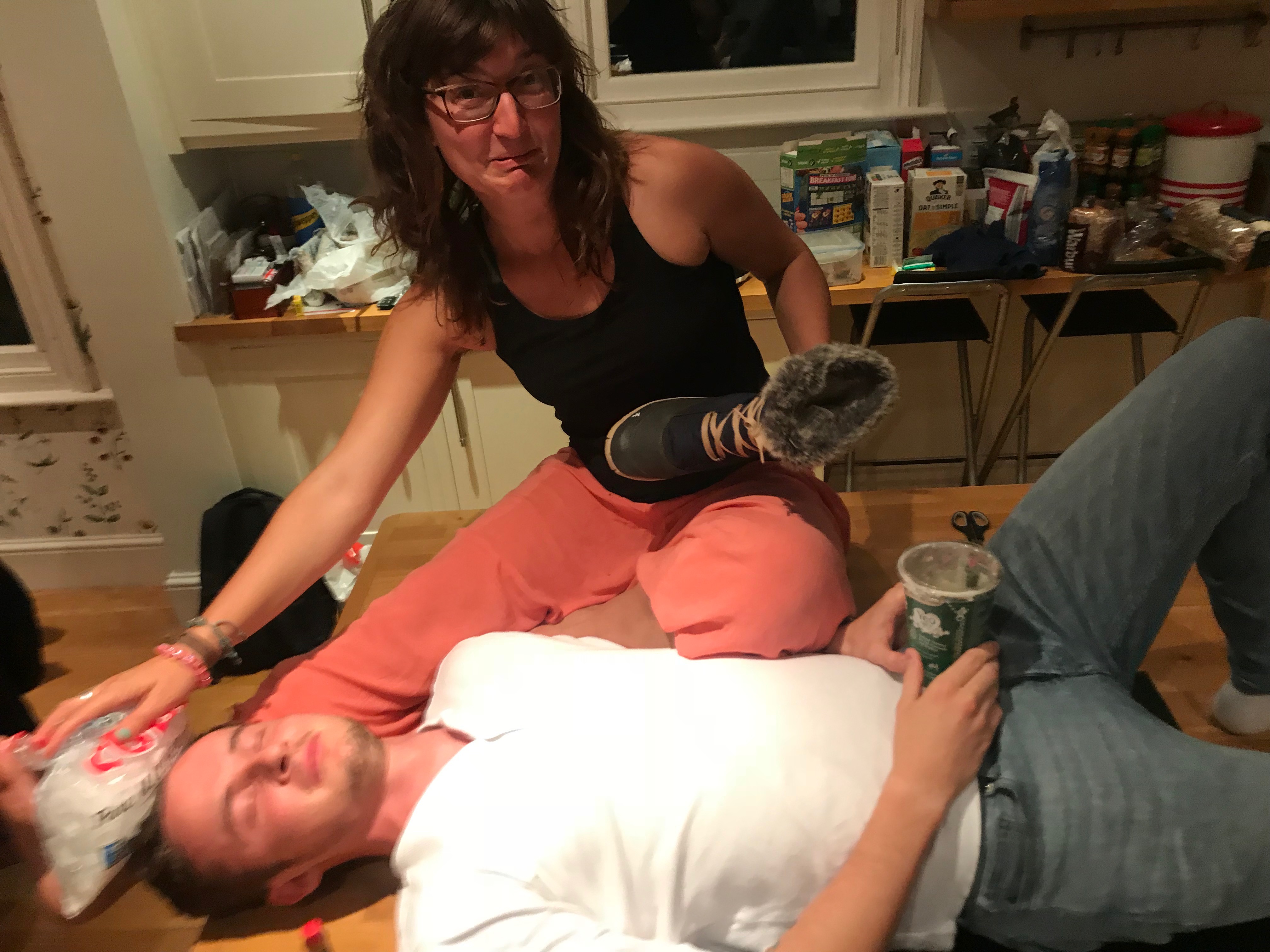 The 26-year-old admitted to tearing his foreskin during sex when he said: “I’ve snapped my banjo.”

He told Vice that the second tear left his member looking like a “f***ed-up carrot” and there was “blood all over her”. 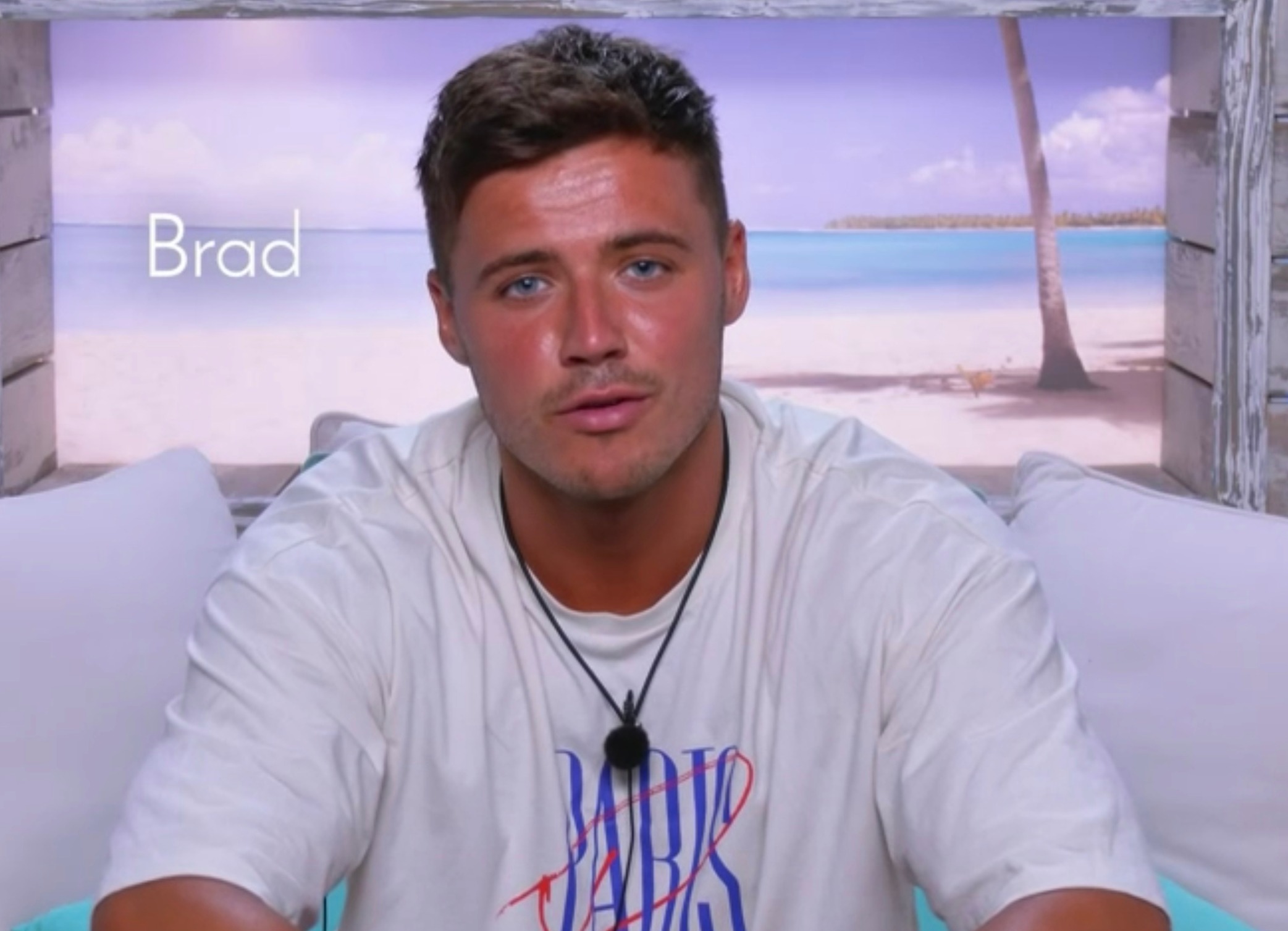 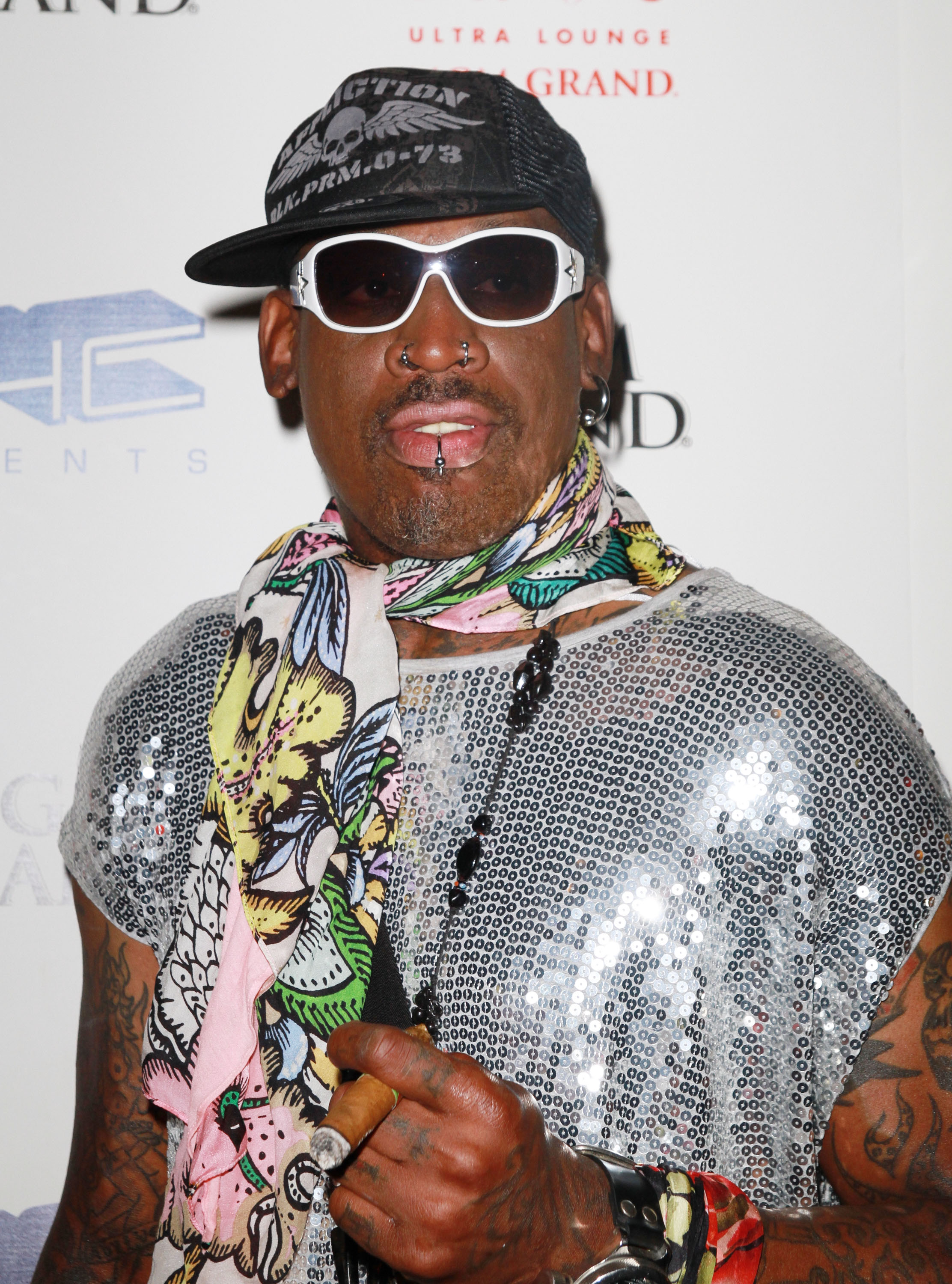 Earlier this month we reported how one kinky fella from Sussex got his testicles stuck in a combination padlock and had to be freed by firefighters using bolt cutters.

The lock was placed on his manhood during a sex game and because he didn’t know the code, the lock remained there for 48 hours before he finally sought help.

A source told The Sun that the unnamed bloke was “a tad embarrassed but mightily relieved” to be free of his trapping.

They said: “The poor fella was having a bit of fun in the bedroom and got caught in a tight spot… it’s thought it was some kind of bondage session.”

Similarly, a Thai man suffered permanent disfigurement after losing the key to a padlock that was clamped around the base of his genitalia in July. 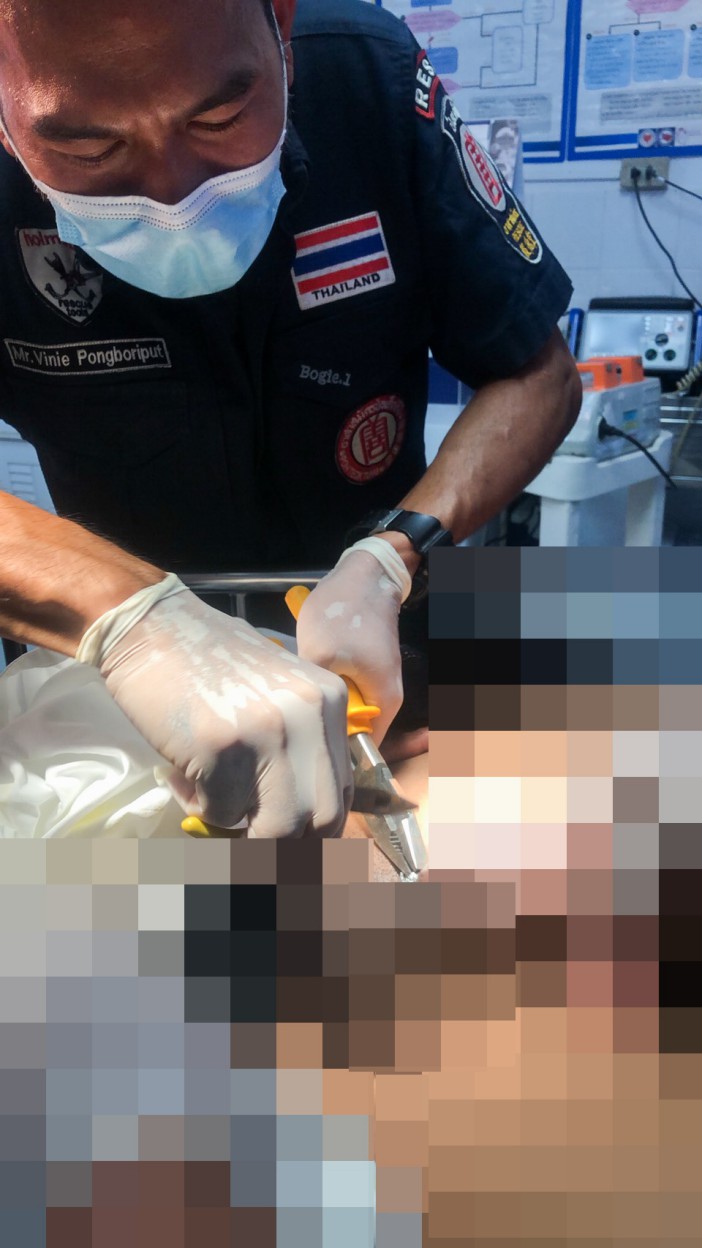 One unlucky man had to be rushed to A&E after breaking his penis during a steamy sex session in Lagos, Nigeria.

Medic Olumide Adeuyi claimed the randy bloke was “pounding away vigorously” at 5am in a hotel when he suffered his shocking injury.

He wrote on Twitter last year: “In a bid [to] give [the] hardest and strongest thrust from a little distance outside the box, he crashed his penis on the mons pubis.

“The next thing he heard was a sound ‘kam’ [and] the penis was bent."

Surgeons operated on the unnamed man for three hours.

The “sharp blow” to his erect member was compared to a “car accident” and it is not known if the man has since recovered. 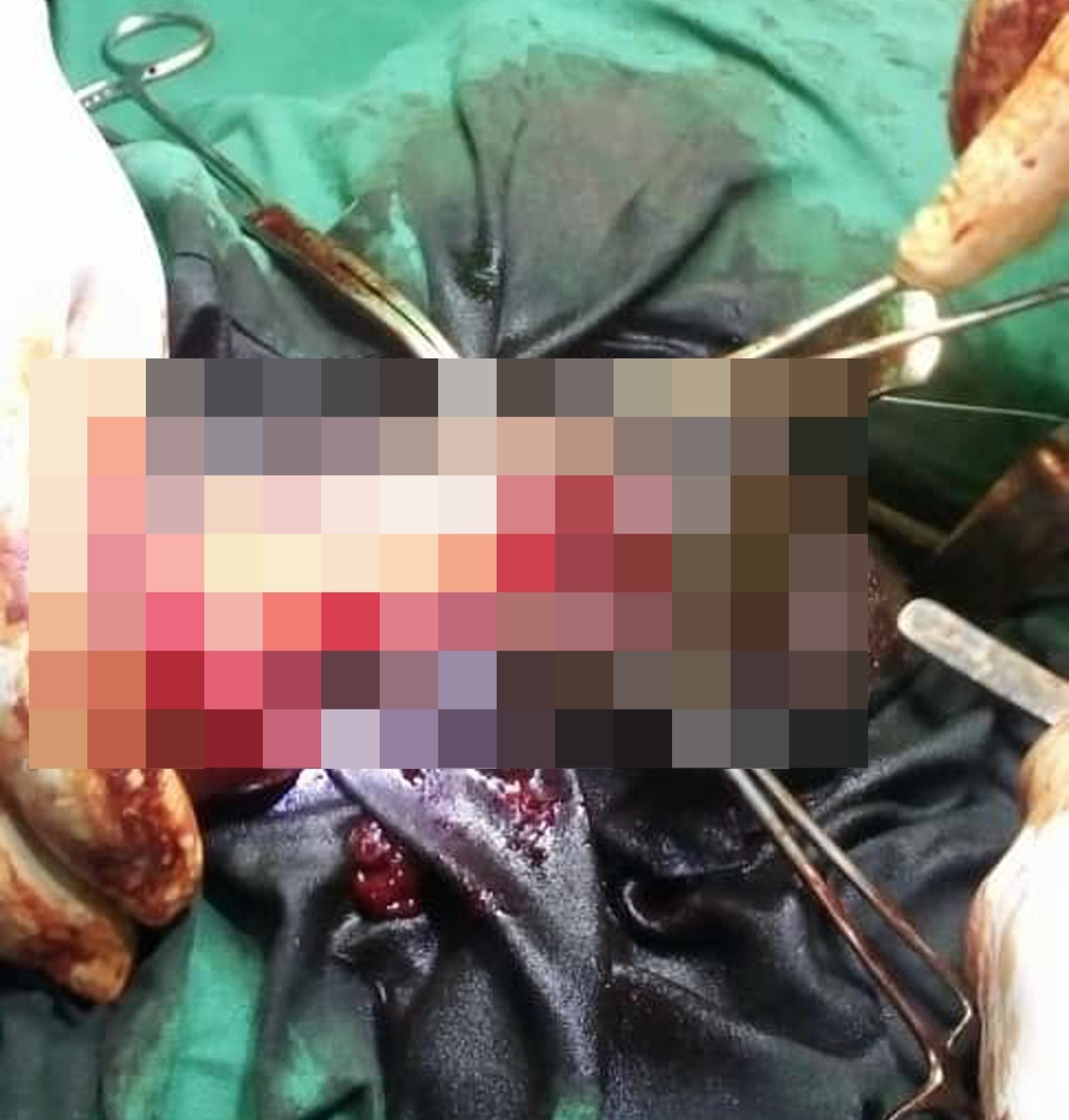 Lord of the ring

One man in his sixties, from Lake Forest, Illinois, went to desperate lengths to solve erectile dysfunction.

After doing some "research" online, he put his wedding ring on his penis – but after getting erect the band cut off the blood flow to his member.

Dr Robert Hartman, a urology specialist who treated the unnamed gent, explained: “None of the blood was able to go back into his body, it all got trapped.”

Not only was the man’s penis “swollen” but it was “borderline necrotic” – if he hadn’t sought help sooner it would have needed to be amputated.

After local firemen were unable to remove the metal band, Dr Hartman had to use a saw blade to cut the bloke free himself.

He told the Daily Mail: “As we were trying to remove the ring with the tool, it would glow bright orange, like molten.

“It looked just like the Lord of the Rings ring… but on a penis.”

Fortunately, the gentleman recovered and Dr Hartman advised him to use Viagra instead of his more extreme and risky method.

Similarly, a Moroccan drug addict had to be rushed to hospital earlier this year after trying to “prolong” his erection.

He put a 4cm (1.6in) gold band on his penis and testicles but it got stuck and after 12 hours turned blue due to a lack of blood flow.

Marrakech University Hospital surgeons tried to free his genitals with bolt cutters but the 1cm (0.4in) band was too thick.

They were forced to use a rotating saw with metal sheets on either side to prevent the blades from cutting his manhood.

During the op, one doctor had to pour cold water on the man’s genitals to prevent him from being burned by the heat from the saw.

The Daily Mail reported that the man’s penis returned to normal size and colour 12 hours later and he suffered no lasting damage. 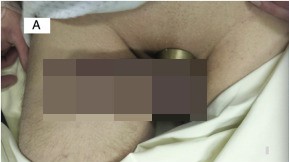 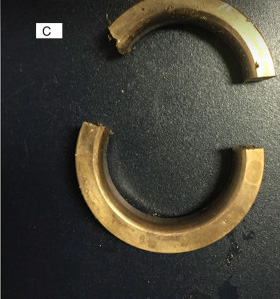 MMA fighter Ray Elbe also suffered a brutal injury when “passionate” love-making turned into a scene from a horror movie.

On TLC’s Sex Sent Me To The ER, he recalled things were “a little bit intimate” while his partner was on top of him.

Ray said: “Unfortunately, as she went a little bit too high [and] I slipped out.

“When she came back down I was still obviously fully erect and basically [she] bent me over the top.”

Ray heard a weird noise and watched in terror as “blood just spurt all over the place”.

Despite suffering a fair few “significant injuries” in the MMA arena, he insisted this wound was one of the worst and described it as “brutal”.

The injury bent his penis out of shape and as he ran to the bathroom to grab a towel to stem the bleeding he passed out.

He recalled: “There was so much blood loss that I felt light-headed and then I lost consciousness.

“I ended up cracking the bottom of my jaw on the floor as I fell.”

He needed a gruelling 12-hour op to repair the injury, which had “broken the spongy tissue” in his penis, Dr Jordan Moskoff explained.

Surgeons cut the skin around his penis, “went into the two tubes and stitched them back together” – and eight weeks later, he was fully recovered.

Ray claimed the only perk was that it was a bonding moment for the couple and added: “We’re probably always going to be together for life because of this injury.

“That was the first time I had really experienced a woman that had legitimately and honestly was 100 per cent committed to me.” 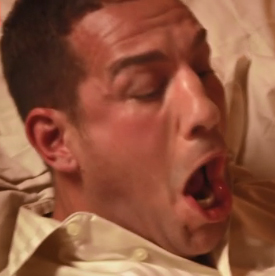 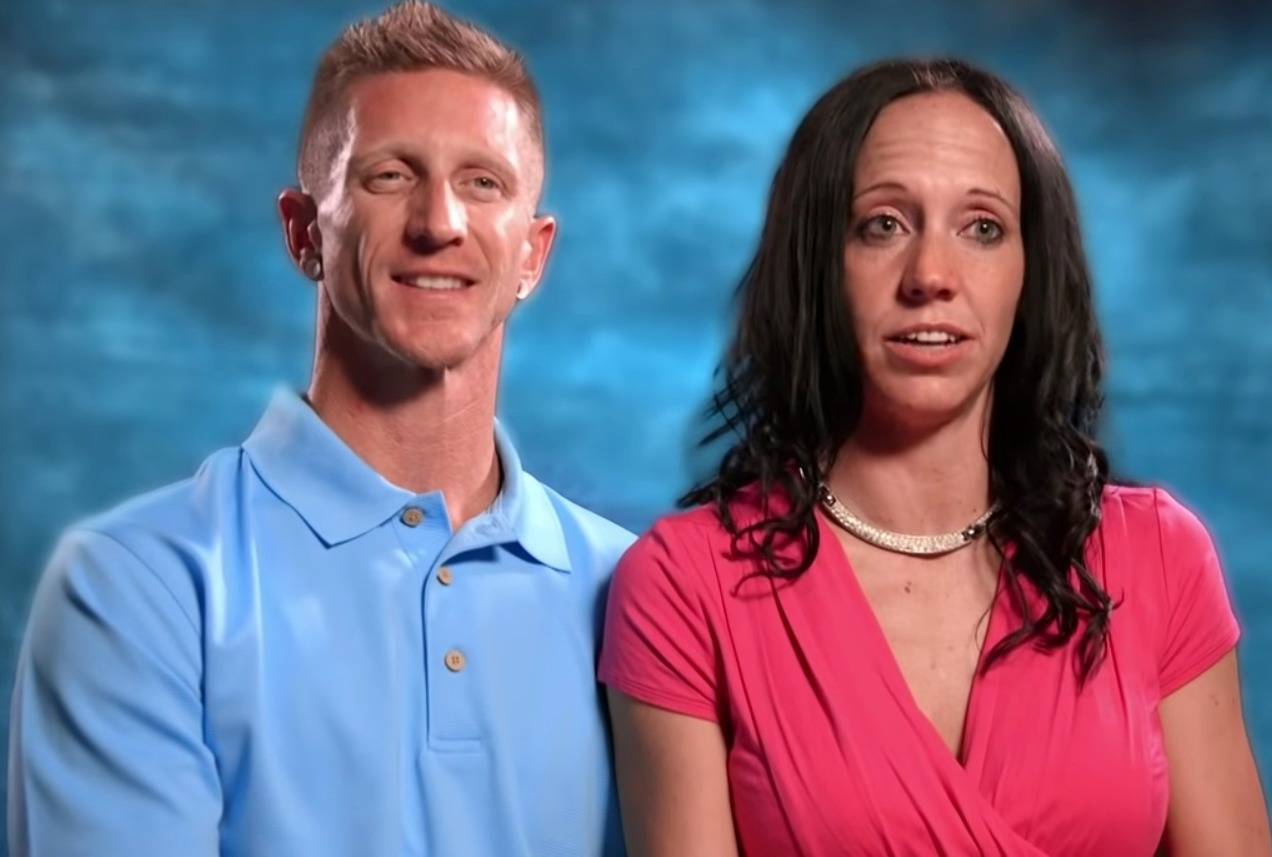