Growing up in Far North Queensland all Tom Spottiswood wanted to do was move to Melbourne to play music.

“I just saw it as an absolute mecca of arts and culture and music, and I just thought that’s where I need to be straight away,” he says.

When he finished high school, the 17-year-old left his country town for Melbourne, where he did eventually live out his dream – gigging Melbourne pubs full-time as a guitarist and vocalist. 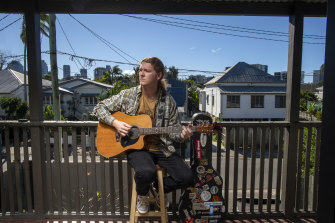 Queenslander Tom Spottiswood returned to his home state after Melbourne’s lockdowns ruined his work opportunities as a musician.Credit:Rhett Hammerton

But that all changed when the pandemic hit. After enduring Victoria’s first six-week lockdown in early 2020 and the evaporation of his music income, when the threat of a second lockdown loomed he fled for Brisbane where he could play music full-time.

Although Jobkeeper kept him afloat last year, the mental anguish of seeing his industry shudder to halt again was too much to bear. “I just thought I couldn’t do it again,” he said.

He is one of many musicians who have had to consider leaving the Melbourne music industry to find more stable work, get a second job or leave the state altogether over the past 15 months.

As the city slowly emerges from its fourth lockdown, the industry has warned that Melbourne is at risk of losing its status at the country’s cultural capital. 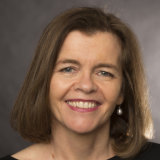 With bars and nightclubs limited to seated service and a cap of 50 patrons indoors, peak body Live Performance Australia criticised the Victorian government this week for what it considers a lack of clarity over when venues can operate as normal again.

“Victoria’s reputation as Australia’s cultural and major events capital is in tatters,” CEO Evelyn Richardson said. “Government is showing a complete disregard for one of our state’s most distinguishing and hard-fought economic, social and cultural brand attributes.”

Those concerns were echoed in a recent analysis conducted by market research firm IBISWorld, which warned Melbourne was at risk of losing its status as one the world’s live music capitals due to ongoing lockdowns, restrictions and a loss of participation in the workforce.

IBISWorld analyst Arthur Kyriakopoulos said Australia’s music and arts sector was not expected to surpass pre-pandemic revenue until after the 2025-2026 financial year.

Music Victoria CEO Simone Schinkel said the situation was most acute in Melbourne. Earlier this year, a survey conducted by RMIT found about 58 per cent of respondents had considered leaving the Victorian music industry and there was a huge increase in the number of people seeking work elsewhere.

“We’re bleeding intellectual property at the moment…we’re losing the skills even just in terms of security and support staff and crew,” she said. “Lots of our previous helpers, have switched industries, to ones where they can get work, and I don’t think we’ll get them back.”

The Victorian government this week announced a $20 million events support package, but Ms Schinkel said it wasn’t enough to stem the bleeding.

“The problem for everyone at the moment is that the amount of support that’s on offer is nowhere comparable to the sort of losses we’re experiencing,” she said. 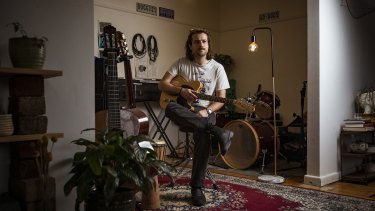 Liam Wilkerson played in three different rock bands and was making the majority of income from gigging. When COVID-19 hit he had to get work with a disability support service teaching music, where he remains working four days a weekCredit:Chris Hopkins

Liam Wilkerson, a Reservoir musician in rock band Tap Dog, is one of many full-time musicians who has taken on a day job as a result of the pandemic.

He began working at a disability support service mid-last year teaching music four days a week, and says although his gigging dreams are still alive and kicking, he can’t see how he could rely on a gigging income anytime soon.

“Without the ability to bring 300 people into a small room it’ll be tough to make an income,” he said.

Meanwhile, Mr Spottiswood has been fielding calls from other Melbourne musicians also considering making the shift north. While has no plans to come back anytime soon, he doesn’t think Melbourne has lost its music status just yet.

“You still can’t deny how much goes on in Melbourne, there’s definitely a lot less going on up here in regards to music and culture,” he said. “But I miss [Melbourne] for what it was two years ago.”

losing, Pan, skills, the, Were
You may also like: