What time will Boris Johnson meet Queen and Liz Truss speak at No10?

Boris Johnson heads to Balmoral to see The Queen at 11.20am before Liz Truss is invited by monarch to form a new government at 12.10pm – how today will unfold as Britain gets a new PM

Boris Johnson and Liz Truss will travel to Balmoral for the appointment of the new prime minister today – with Mr Johnson meeting the Queen at 11.20am before his successor has an audience at 12.10pm.

Under normal circumstances, the pomp and drama of the appointment is mostly in London over the course of an afternoon, with the outgoing premier speaking outside No 10 before a short car ride to Buckingham Palace.

But this time in a break with tradition, the departing and incoming prime minister will both have to make the 500-mile journey to the Queen’s Aberdeenshire retreat due to concerns over the 96-year-old monarch’s mobility.

Mr Johnson made a farewell address outside No 10 at the unusually early time of 7.30am today – in which he said he would offer ‘fervent support’ to Miss Truss’s government – before departing Downing Street for the last time.

Miss Truss and Mr Johnson are expected to fly to Aberdeen on separate planes – a journey likely take a couple of hours, with concerns that poor weather could result in it taking longer than usual. 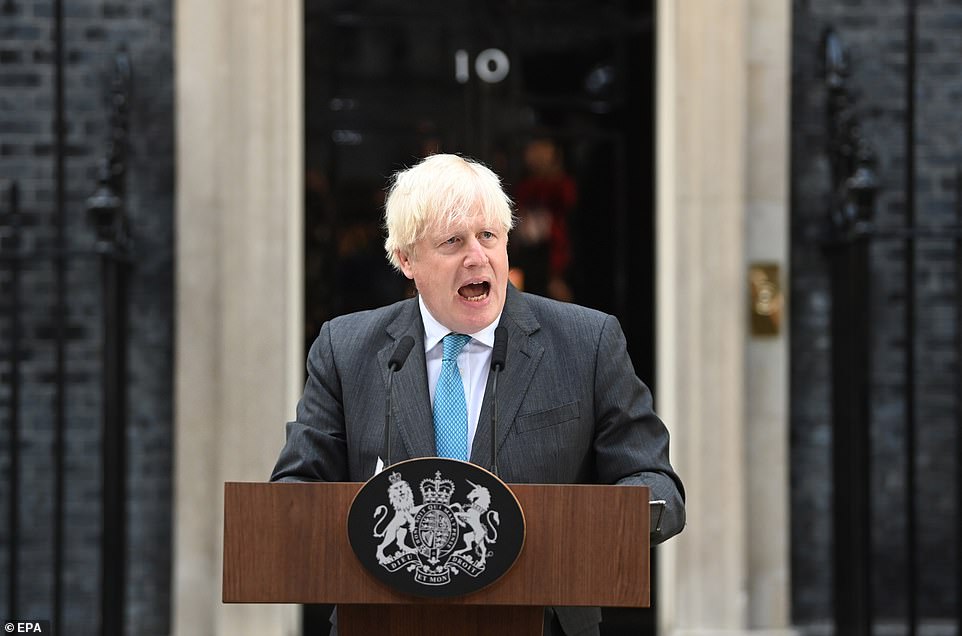 7.30am — Prime Minister Boris Johnson makes a farewell speech outside 10 Downing Street in Westminster this morning 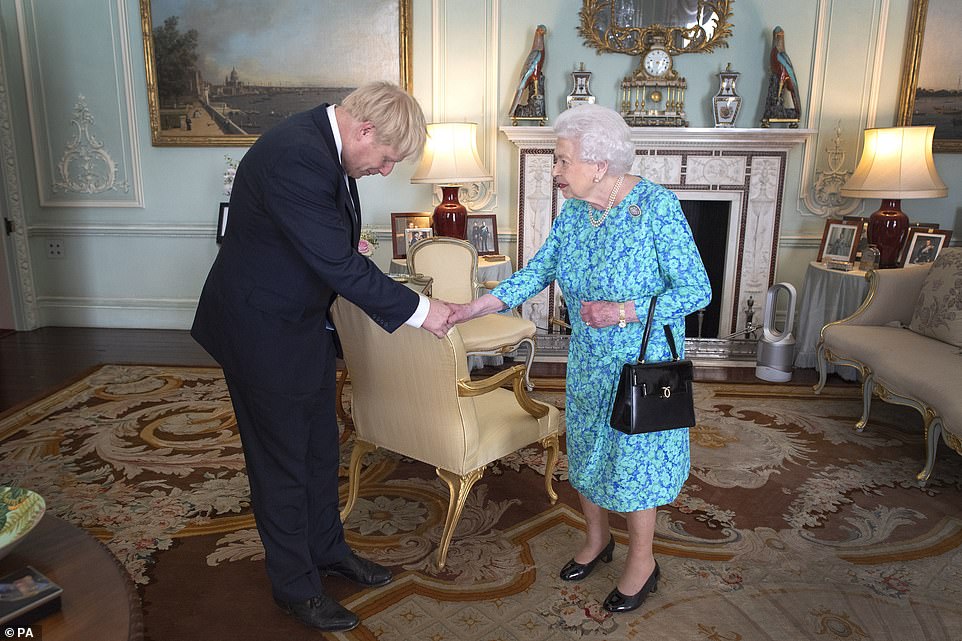 11.20am — Boris Johnson will meet the Queen at Balmoral. They are pictured together after he was elected Tory leader in 2019

The thunderstorms also meant that Mr Johnson’s speech was held earlier than normal – with the Met Office expecting both London and Balmoral will be hit with thunder, lightning and rain today.

Mr Johnson is expected to arrive at the door of Balmoral Castle at 11.20am for an audience with the Queen in which he will formally tender his resignation, in what has been described by allies as likely to be a ‘very sad’ occasion for him.

Boris Johnson pledged his ‘fervent support’ for successor Liz Truss as she prepared to take over as Prime Minister and deliver a plan to address the energy crisis.

In his farewell speech outside No 10, the outgoing Prime Minister said his successor’s administration would do ‘everything we can’ to help people struggling with the cost-of-living crisis.

Ms Truss, who will travel to Balmoral to accept the role of prime minister from the Queen later today, is thought to be drawing up plans for a freeze in bills which could cost around £100billion.

The Prime Minister said Vladimir Putin was ‘utterly deluded’ if he thought he could succeed by ‘blackmailing and bullying’ the British public through restricting gas supplies, driving up world prices.

Mr Johnson said: ‘We have and will continue to have that economic strength to give people the cash they need to get through this energy crisis that has been caused by Putin’s vicious war.

‘I know that Liz Truss and this compassionate Conservative government will do everything we can to get people through this crisis and this country will endure it and we will win.’

Mr Johnson’s departure will, as is the custom, be private and off camera.

Once he has left, the new Tory leader will be invited in for her private audience with the Queen. Miss Truss is due to arrive at Balmoral at 12.10pm and will be appointed Britain’s next prime minister and asked to form an administration.

After around 30 minutes with the Queen, Miss Truss is then expected to fly back to London and arrive at Downing Street to address the nation for the first time as PM at around 4pm. The new PM’s departure, as is the custom, will be filmed.

The weather could result in Miss Truss addressing the nation for the first time as prime minister this afternoon inside No 10 rather than outside the Downing Street door, as is tradition.

Lord O’Donnell, who was cabinet secretary when David Cameron took over from Gordon Brown, said ‘people are forgetting the passion’ of the day.

He told BBC Radio 4’s Today programme: ‘This is an incredibly exciting day for that person coming through the door at No 10, it’s the highlight of their career and that may be the biggest moment in their lives’.

Miss Truss will be greeted by the Cabinet Secretary at the door of No 10 and get clapped in by staff before heading into the Cabinet Room to receive ‘quite scary’ security and intelligence briefings from civil servants, he explained.

She will be handed the nuclear codes and write ‘letters of last resort’ to commanders of submarines carrying Trident nuclear missiles with orders on what to do if the Government has been wiped out in a nuclear attack.

She is expected to make senior Cabinet appointments. Veteran Westminster watchers have started to speculate about who will take the top spots in her Cabinet, with Kwasi Kwarteng thought to be in line for Chancellor and James Cleverly for Foreign Secretary.

Miss Truss will also receive calls from Ukrainian President Volodymyr Zelensky, US President Joe Biden and other world leaders wishing her well in the new job.

The change in procedure could delay the highly-anticipated reshuffle, which could potentially be pushed into the late evening if she wants to meet and greet her new team from London as opposed to over the phone. 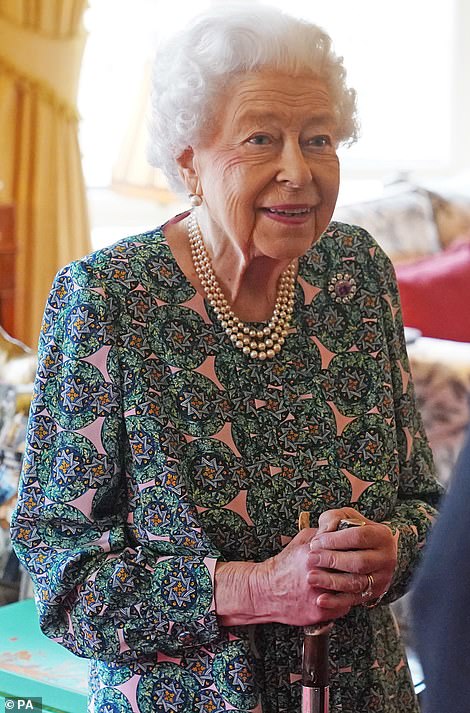 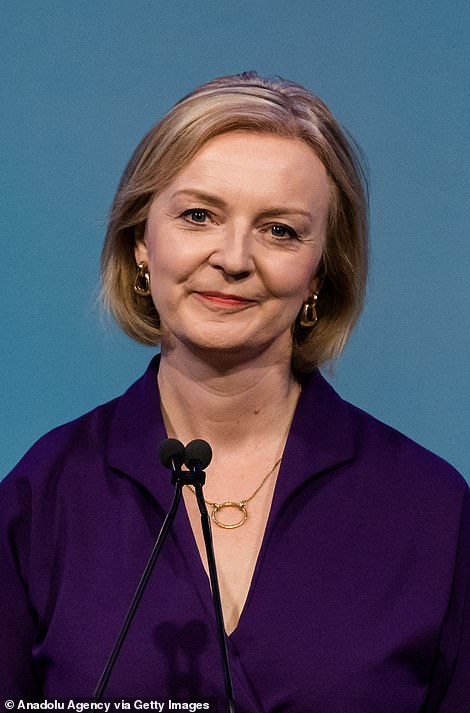 Liz Truss is due to arrive at Balmoral at 12.10pm to meet the Queen (who is pictured, left, in February at Windsor Castle) 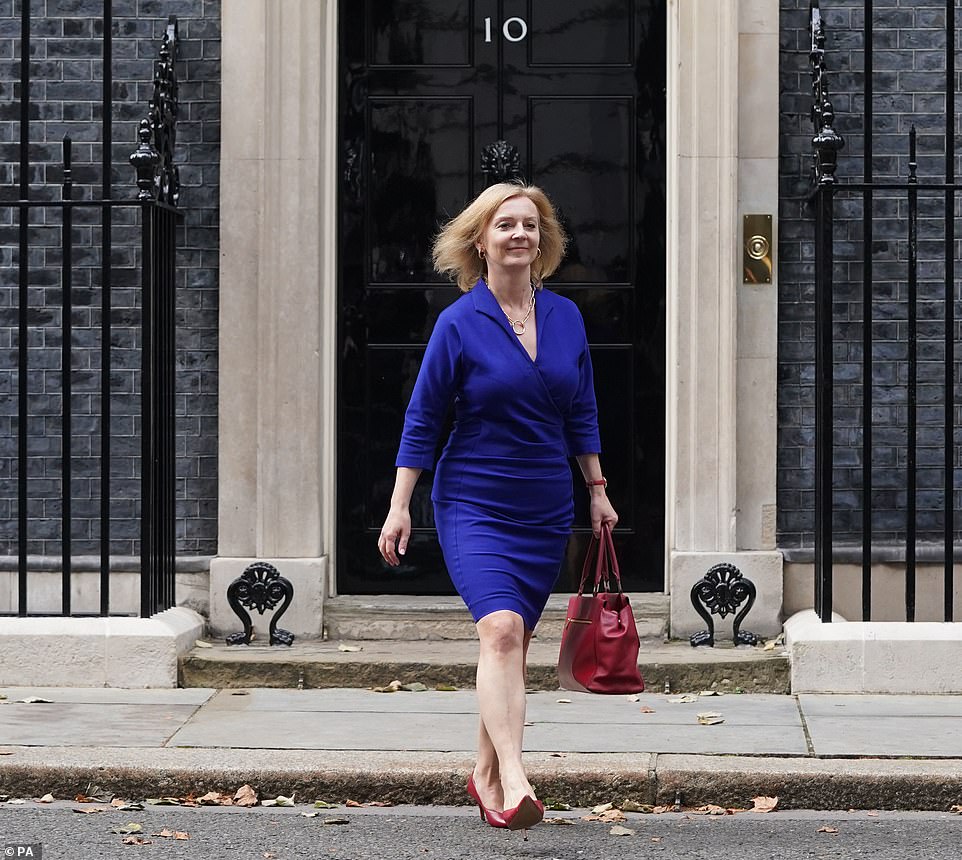 4pm – Liz Truss will give a speech outside Downing Street, or inside if the weather is bad. She is pictured there last September

As constitutional expert and Institute for Government fellow Dr Catherine Haddon has suggested, the change could see appointments announced in ‘batches’ throughout the rest of the week.

It is also likely to have a knock-on effect on the time and place of briefings and congratulatory phone calls, with the new premier being forced to potentially work on-the-move as she journeys back to London.

The new Cabinet is due to meet tomorrow morning before Miss Truss faces Labour leader Sir Keir Starmer during her first Prime Minister’s Questions at noon.

She will continue to receive briefings and calls from international leaders as she starts working through her in-tray, which is more daunting than that of many of her recent predecessors, with challenges ranging from the cost-of-living crisis to Ukraine and industrial unrest.

Ellie Wilson, meteorologist at the Met Office, said: ‘It’s going to be a showery day as it has been today, especially in London, with a risk of thunderstorms particularly through the afternoon from midday onwards.

‘That’s continuing all the way until late afternoon, early evening. There’s a chance of hail too. In Scotland, a little bit of a drier start but cloudy tomorrow morning.

‘There’s a slow-moving front that’s going to move northwards through the late morning in the afternoon, which will bring some rain and drizzle over the hills. There’s also going to be some showers as well throughout the day in Scotland.