What was the Kyrsten Sinema bathroom protest?

KYRSTEN Sinema is known as an American politician, former social worker, and lawyer who is currently serving as the senior United States senator from Arizona.

On October 4, 2021, Sinema made headlines after a protestor confronted her in the bathroom at Arizona State University, where she has taught since 2003. 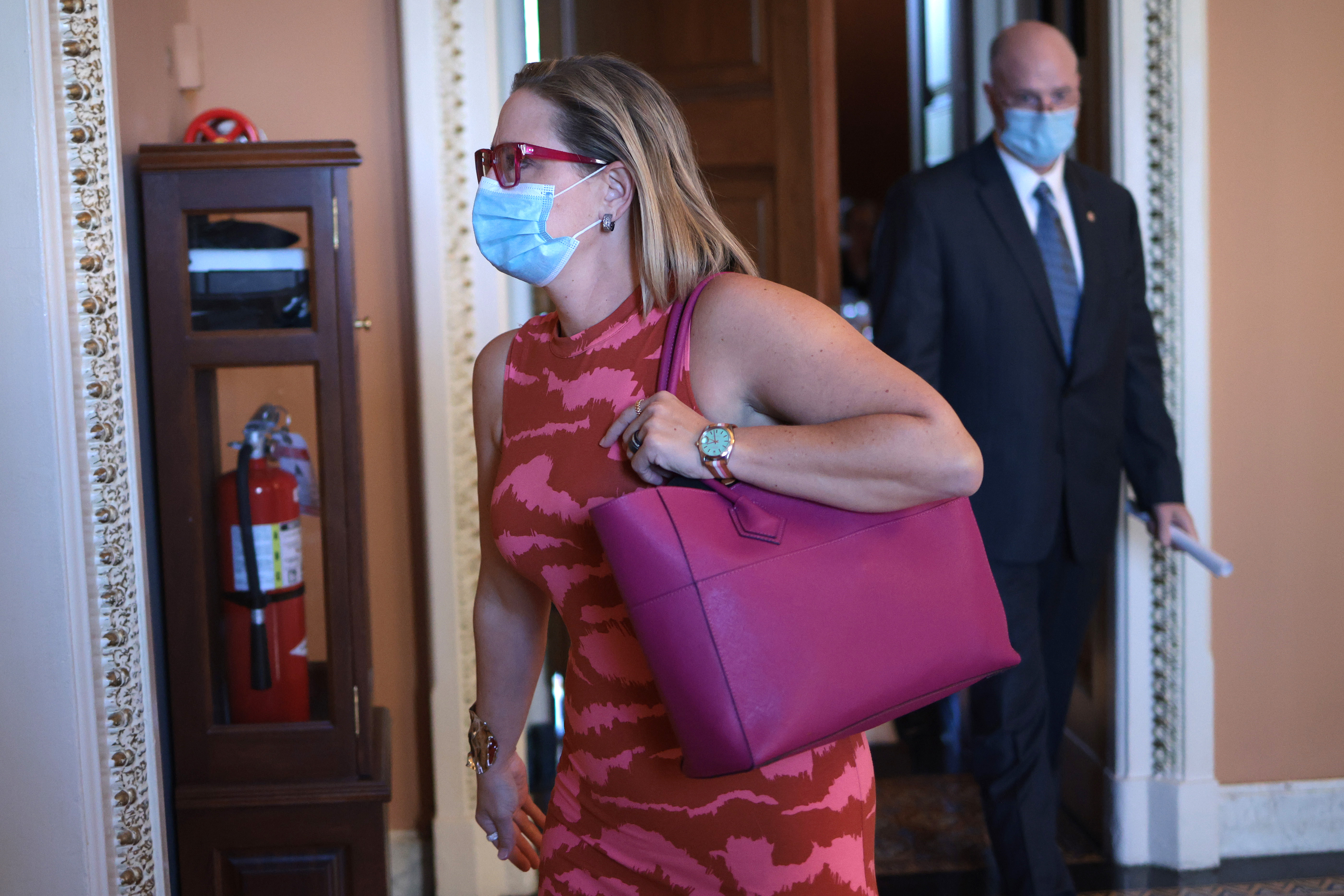 Who is Kyrsten Sinema?

Born July 12, 1976, Sinema, 45, is known as a Democratic senator who is not only the first woman to represent the state, but is also the first Democrat elected to the seat since the 1980s.

A 2012 graduate of Arizona State University with her Ph.D., Sinema started her career out by working with students and families in Arizona who faced some of the same challenges she did growing up.

Growing up, Sinema's family often struggled to make ends meet and for a period of time were even homeless.

According to her website, Sinema "works every day to deliver for Arizona families – helping veterans get the benefits they’ve earned, creating good–paying jobs, and keeping Americans safe.

"Kyrsten feels a duty to serve and give back to the country that gave her so much. She got her shot at the American dream, and she’ll keep working to make sure all Arizonans get theirs too."

Prior to becoming a U.S. senator, Sinema served as a U.S. representative for Arizona's 9th Congressional District from 2013 to 2019.

What was the Kyrsten Sinema bathroom protest?

On October 3, a video surfaced on Twitter which shows youth organizers confronting Sinema looking to talk to her about her opposition to the Build Back Better plan.

The protestors were seen surrounding the senator as she tried to walk into the restroom and many then following her in and stood outside the stall waiting.

"We knocked on doors to get you elected and just how we got you elected we can get you out of office if you don't support what you promised us," one of the protestors, who later identified herself by the name of Blanca, said.

Another added: "We need the Build Back Better Plan right now."

The Build Back Better plan is known as President Joe Biden's COVID-19 relief, future economic, and infrastructure package which is projected to cost $7 trillion.

It not only includes investments in infrastructure but also is projected to create 10 million clean-energy jobs.

Sinema is one of the senators who have voiced their resistance with the bill. 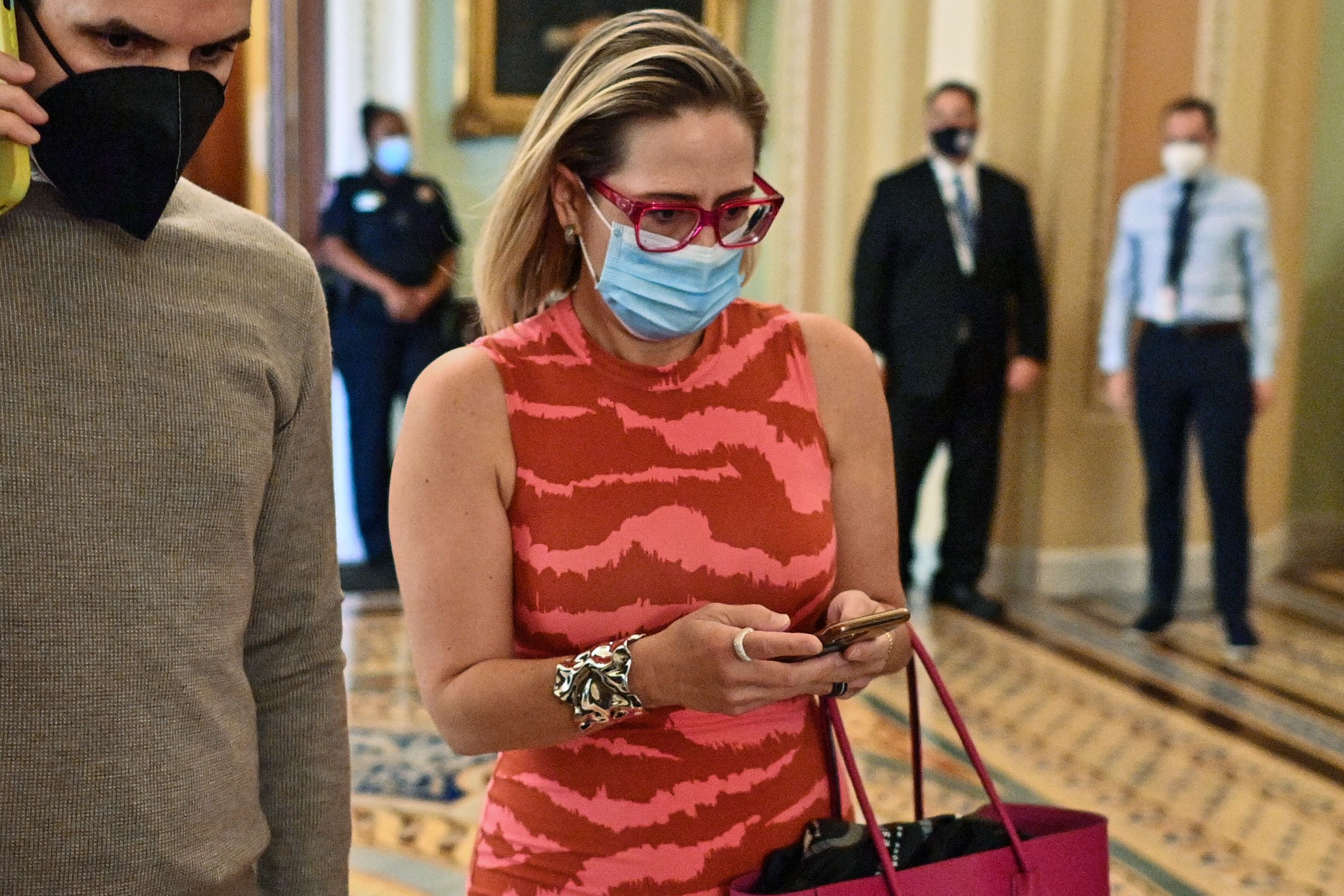 What did Sen. Sinema say about the incident?

After the Twitter video went viral, Sinema's office released a statement about the incident the following day stating that “Yesterday’s behavior was not legitimate protest.”

"Yesterday, several individuals disrupted my class at Arizona State University. After deceptively entering a locked, secure building, these individuals filmed and publicly posted videos of my students without their permission– including footage taken of both my students and I using a restroom," Sinema said.

"…Yesterday's behavior was not a legitimate protest," Sinema continued. "It is unacceptable for activist organizations to instruct their members to jeopardize themselves by engaging in unlawful activities such as gaining entry to closed university buildings, disrupting learning environments, and filming students in a restroom.

"…My students were unfairly and unlawfully victimized."

Sinema concluded: "It is the duty of elected leaders to avoid fostering an environment in which honestly-held policy disagreements serve as the basis for vitriol — raising the temperature in political rhetoric and creating a permission structure for unacceptable behavior."

Following the incident, Biden also stepped in and made a statment calling the actions "inappropriate."

"I don’t think they’re appropriate tactics, but it happens to everybody," Biden said. "The only people it doesn’t happen to are the people who have Secret Service standing around them."

BA, Kyrsten, Sinema, the, was, what
You may also like: