The U.S. is pulling out all the stops in a widespread government effort to alleviate growing pressure from a nationwide baby formula shortage.

Pandemic-related supply chain pressures were exacerbated when the country's largest formula producer, Abbott (ABT), had to shut down a plant in Sturgis, Michigan, in February and recall several products in light of reports of infant sicknesses.

The subsequent investigation by the Food and Drug Administration (FDA) and Centers for Disease Control and Prevention (CDC) show that while samples of the bacteria of concern, Cronobacter sakazakii, were found in some parts of the plant, there isn't enough data to link the four cases, including two deaths, to Abbott's product. But government officials have said current testing and the database for the specific bacteria are limited, which is something the FDA is hoping to be able to change.

Amid the shutdown occurred, the company took 20 products off the shelves, including those used by nearly 5,000 infants as well as some older children and adults with rare metabolic diseases, according to the White House.

Since then, other companies have begun to increase formula production. Rickett Benckiser said it has increased production by 30%, meanwhile Nestle is importing Gerber from European sites. 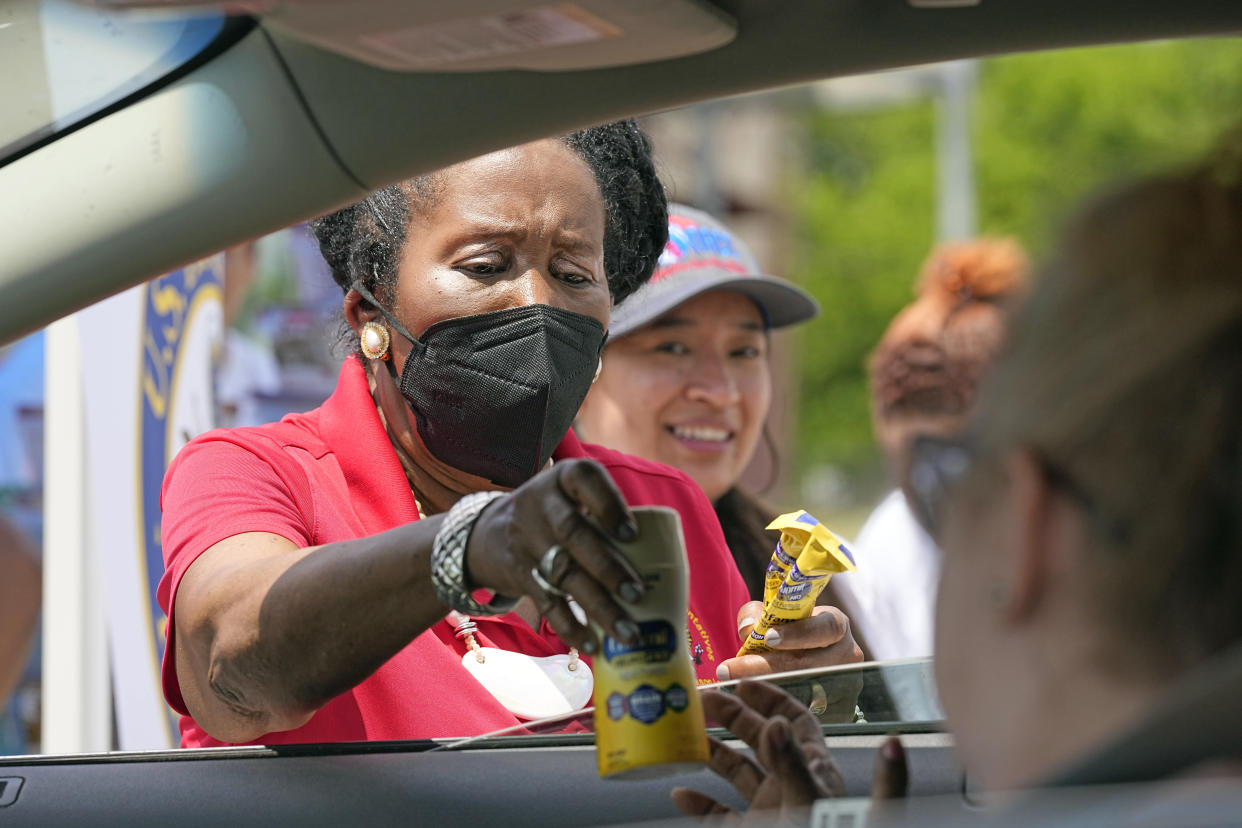 How we got here

So how did one plant shutting down cause this much havoc? A look at the market holds some clues.

Abbott has a majority market share of the country's entire baby formula market. It and Nestle/Gerber and Rickett/Mead-Johnson account for 80% of the U.S. market, according to U.S. Rep. Frank Pallone (D-NJ-06).

Half of the country's market is made up of Women, Infants and Children (WIC) beneficiaries — meaning the government is subsidizing those products — meaning they are limited in choosing alternative options.

"The type of formula that companies make and distribute is impacted by the Special Supplemental Nutrition Program for Women, Infants, and Children (WIC), administered by USDA. About half of infant formula nationwide is purchased by participants using WIC benefits, based on both federal requirements and additional rules set by individual states that have a large effect on the availability and distribution of infant formula in a given state," according to the White House.

How widespread is the shortage?

FDA's deputy commissioner for food policy and response, Frank Yiannas, said that the data show the market at-large, and does not account for specific products that are in severe shortage.

In addition, panic buying in the past week due to extensive media coverage of the shortage could be contributing to more empty shelves, Yiannas said during a media briefing Monday.

What else is the government doing?

The U.S. government is looking overseas, soliciting embassies, countries and companies to identify sources from places with similarly strict regulatory standards for infant formula. That could help if received fast enough, but no clear timeline is available for that strategy.

The FDA is also relaxing rules to encourage more domestic production and focusing on how to ensure more supplier diversity for the future.

In addition, two U.S. House committees are investigating why the issue spiraled out of control so quickly. That includes deciphering how much of the problem is related to pandemic induced supply chain issues and the responsibility of Abbott. A whistleblower first reported concerns with the Abbott plant late last year.

U.S. House Speaker Nancy Pelosi was joined by other Democratic lawmakers Tuesday to announce legislation that would ensure that WIC recipients have more flexibility in the future by giving more authority to state and territory governments and to allocate $28 million to the FDA to help it respond to the current and future crises.

Rep. Rosa DeLauro (D-CT 3rd District) said it was a shame that parents, especially those living paycheck to paycheck, are struggling to feed their babies "in what is the richest country in the world."

DeLauro blamed Abbott and the other large companies for the shortage, saying it was "caused in large part by corporate greed and consolidation."

On Monday, the FDA and Abbott reached an agreement, which was approved by a court, that clears the path to restart the plant. Abbott must remedy the concerns the FDA has and after that it will take two weeks to restart the plant, and six to eight weeks before products are back in full supply on shelves, the company said in a statement.

What can you do?

For anyone who needs immediate supply, Abbott has launched a hotline, and the U.S. Department of Health and Human Services (HHS) has set up a website for more information. U.S. Rep. Jahana Hayes (D-CT 5th District) noted that there are several Facebook groups dedicated to finding out when supplies are in stock. In addition, White House officials recommended talking to a pediatrician for help in understanding which replacement brands are appropriate for parents to use.