Who is Joe Gutierrez from Windsor police?

COP Joe Gutierrez was the officer who threatened to execute a mixed-raced soldier during a controversial traffic stop.

The Windsor police officer was fired after video footage of the incident emerged. 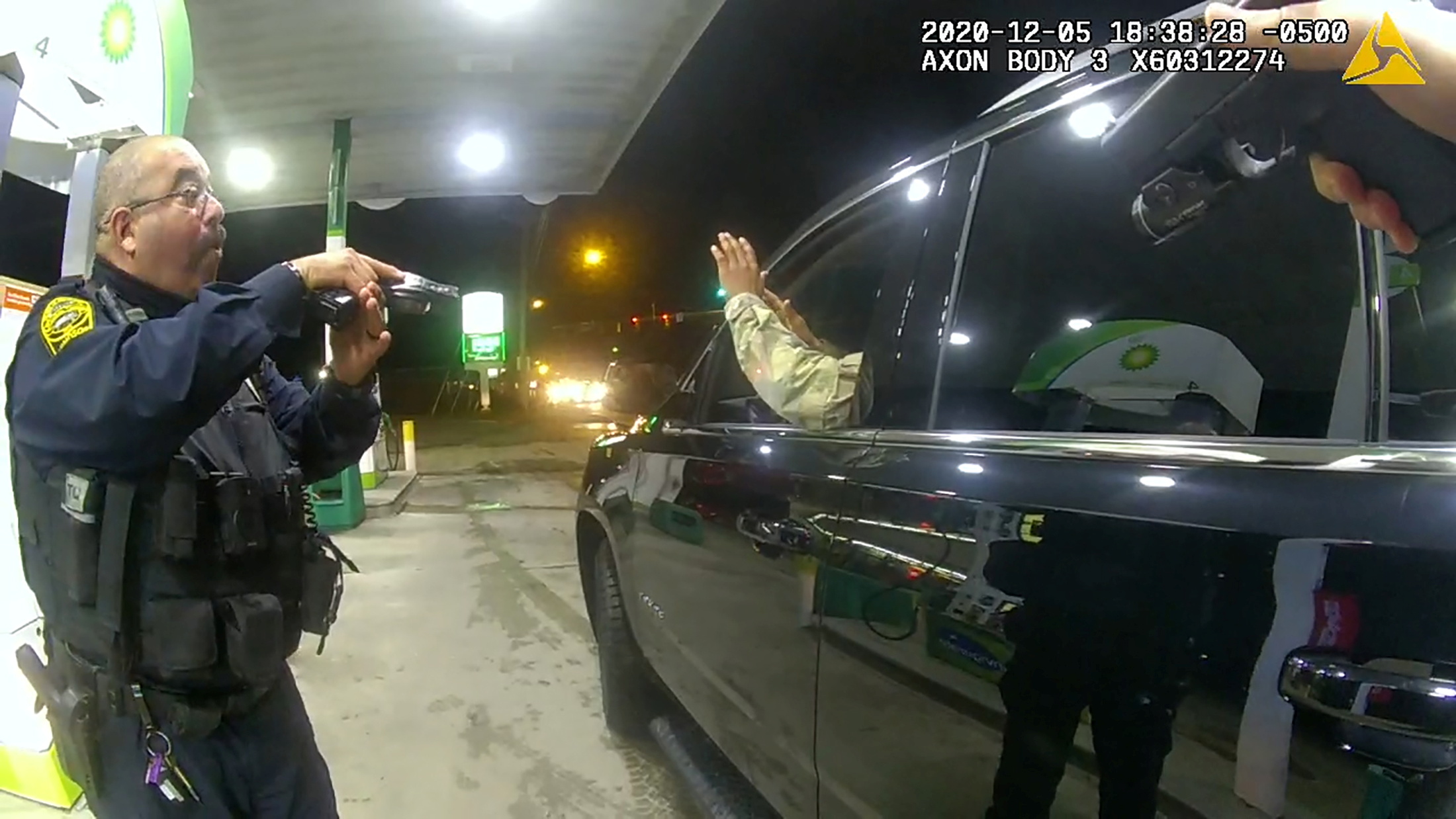 Who is Joe Gutierrez from Windsor police?

Gutierrez had been serving with the Windsor police in Virginia with another officer Daniel Cocker when they stopped second lieutenant Caron Nazario in December 2020.

A lawsuit, filed earlier this month, says that Nazario's Constitutional rights were violated, with his lawyer calling the incident a racially-biased violation of justice.

Little is known about the background of Gutierrez. 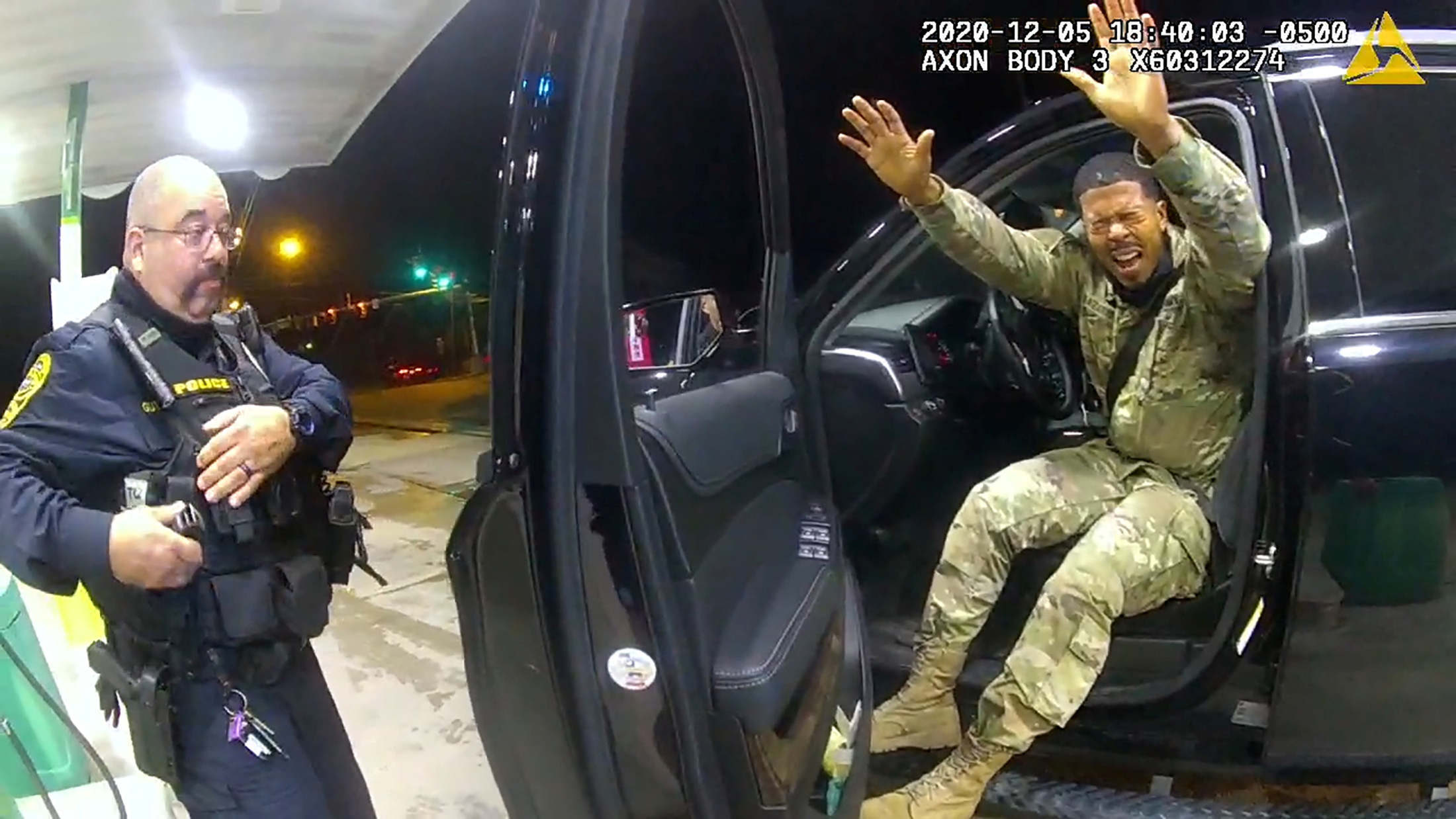 Why was he fired from the Windsor police?

Shocking body camera footage shows Nazario, who is black and Latino, holding both of his hands up and telling Windsor Police Department officers he was "honestly afraid to get out" of his car.

"Yea, you should be," Joe Gutierrez, replies.

Before the stop, Crocker radioed that he was attempting to pull Nazario over because he did not have a rear license plate and was driving with tinted windows.

Earlier this month, Nazario, a second lieutenant in the US Army, filed a lawsuit accusing Guitierrez and Crocker of using excessive force during the December 5 traffic stop.

According to the suit, the officers drew their guns and pointed them at Nazario, made a Green Mile reference that suggested execution, pepper-sprayed him and knocked him to the ground.

The lawsuit said that by the time the officers had Nazario pulled over, his license plate was visible in the rear window of his new SUV.

Bodycam footage shows the soldier clearly wearing his uniform and sticking his two hands out the window of the vehicle.

The two officers can be seen immediately pulling out their guns and pointing them at Nazario before attempting to pull him from the vehicle.

At one point, Nazario said he was afraid to put his hands down to take off his seatbelt.

The officers pepper-sprayed him multiple times before he got out of the car.

At one point, Officer Gutierrez tells Nazario he was "fixin' to ride the lightening," a reference from the movie The Green Mile, which is about a black man facing the death penalty.

"This is a colloquial expression for an execution, originating from glib reference to execution by the electric chair," the suit against the officers says. 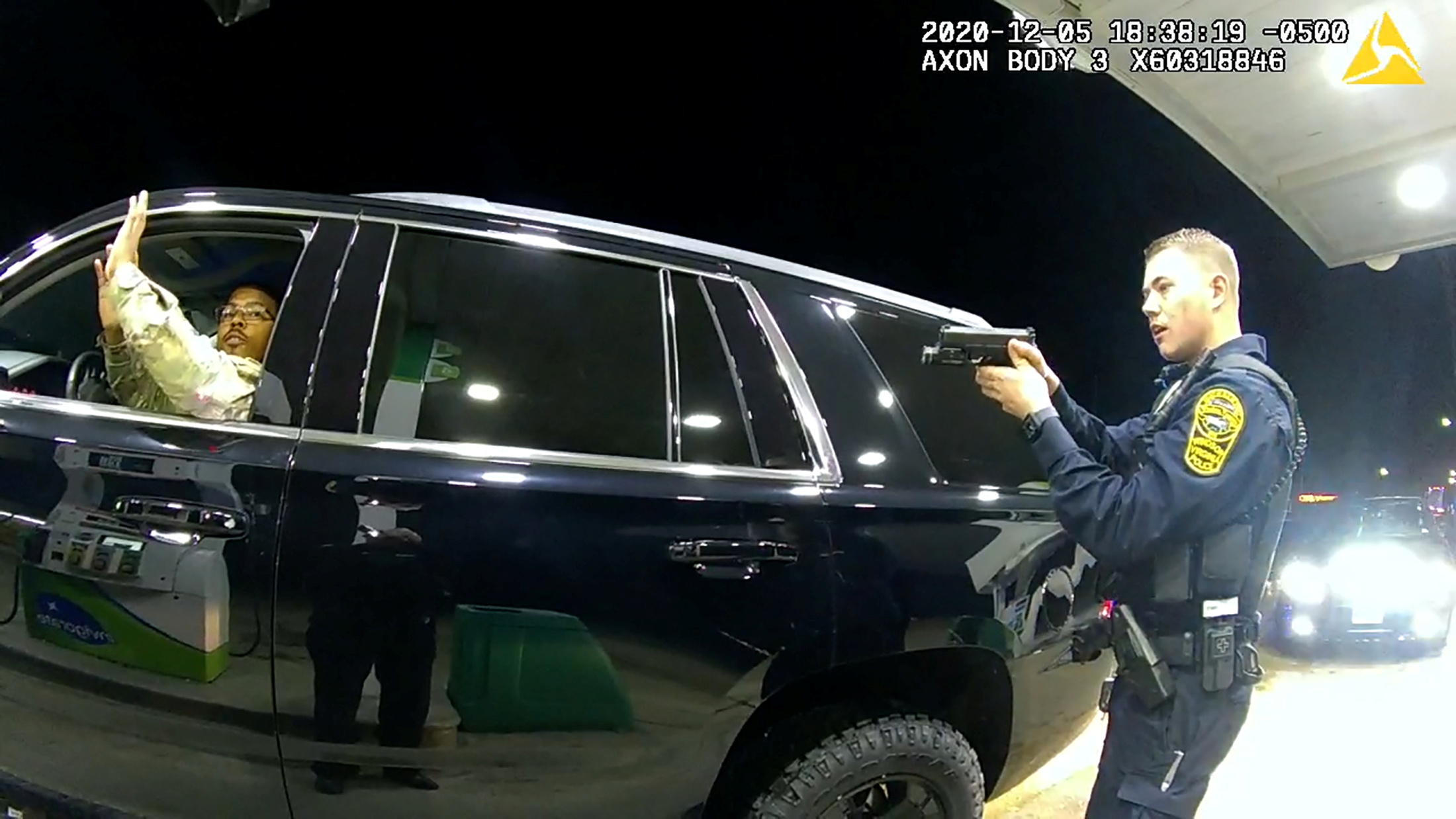 When Nazario was eventually removed from the car, he repeatedly asked for a supervisor.

Gutierrez then hit him with "knee-strikes" to the legs, according to the suit.

The dismissal of Gutierrez was first revealed in a press release from the Town of Windsor on Sunday night.

In the statement, officials said Gutierrez was fired after it was deemed he'd failed to follow department policy.

"The pursuit and ultimate stop resulted in the use of pepper spray against Lt. Nazario by Officer Gutierrez. As a result of this use of force, Department policy requires an internal investigation to determine the appropriateness of such actions," the statement began.

"At the conclusion of this investigation, it was determined that Windsor Police Department policy was not followed. This resulted in disciplinary action … Since that time, Officer Gutierrez was also terminated from his employment."

Has Daniel Crocker been fired?

Officials did not state if the second officer involved in the arrest, Daniel Cocker, has faced – or will face – any disciplinary actions.

Virginia Gov. Ralph Northam called for an independent investigation to be conduction into the "disturbing" arrest.

"Our Commonwealth has done important work on police reform, but we must keep working to ensure Virginians are safe during interactions with police, the enforcement of laws is fair and equitable."

from, Gutierrez, is, Joe, Who, wind
You may also like: