Follow
Home » World News » Who is Steve Bannon and was he indicted? – The Sun

Who is Steve Bannon and was he indicted? – The Sun

STEVE Bannon, who served as Donald Trump's chief strategist, has had his fair share of legal problems over the years.

In November 2021, Bannon was back in the headlines after he was indicted by a federal grand jury for contempt of Congress. 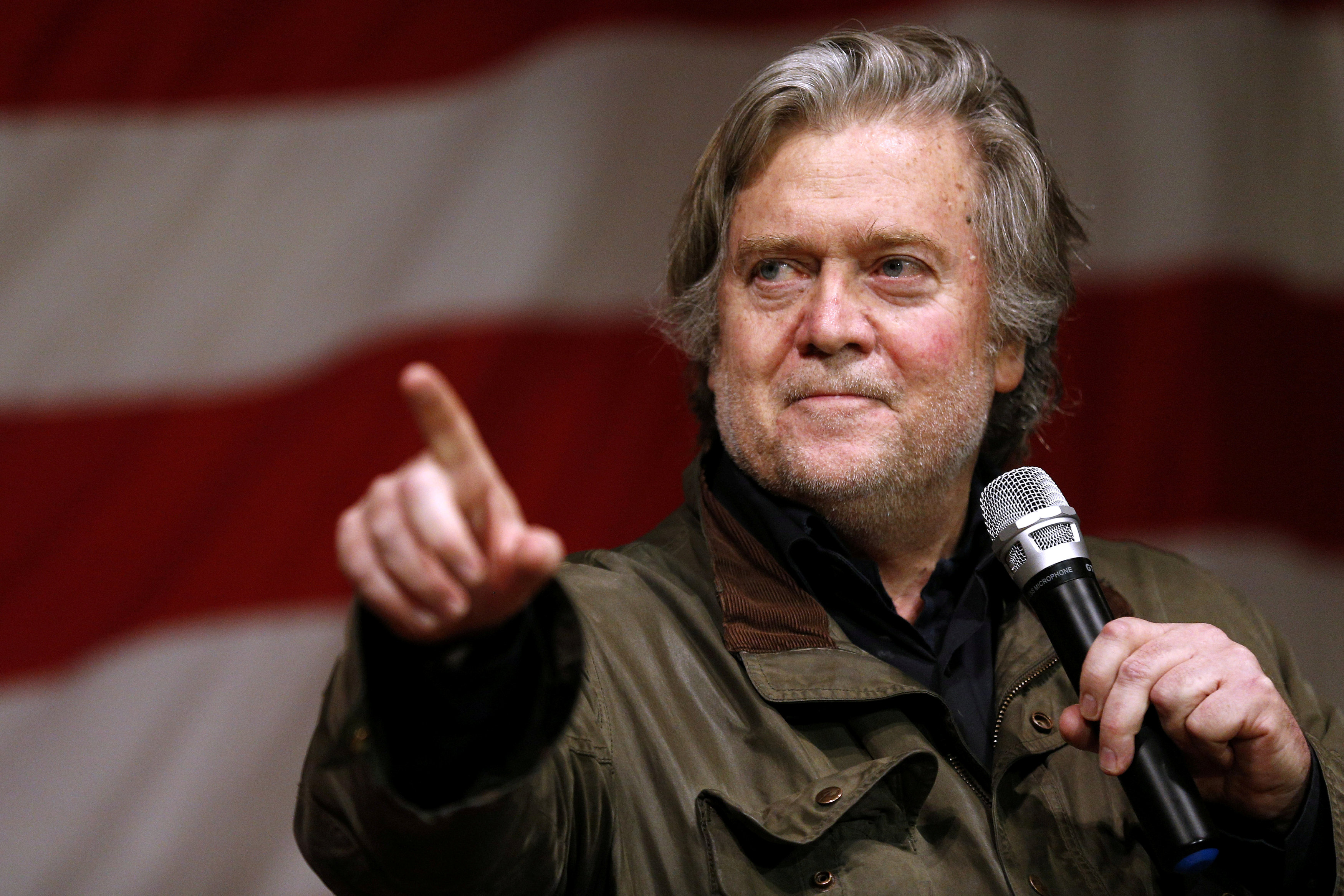 Who is Stephen Bannon?

Born November 27, 1953, Bannon, 67, is known as an American media executive and political strategist who is the former investment banker, who served as the White House's chief strategist under the Trump administration.

He is often described as the as the "most dangerous political operative in America."

Prior to his start in politics, the Norfolk, Virginia native signed up for the Navy after leaving college and spent four years at sea aboard a destroyer.

After leaving the Navy, Bannon attended Harvard Business School, where he received an MBA, before landing a job at Goldman Sachs.

He left the company in 1990 and started up Bannon & Co – a boutique investment bank specializing in media.

His company ended up working on MGM’s studio financing, and handling the acquisitions when Polygram Records moved into the film business.

He also ended up with a share in Seinfeld and produced films including Anthony Hopkins’s 1999 Oscar-nominated Titus.

In August 2020, Bannon was arrested for defrauding donors in a border wall scheme, but he was later pardoned by the former president before he left office.

Almost one year after Bannon was pardoned, he was back in the headlines on November 12, 2021, after a federal grand jury indicted him for contempt of Congress, according to the Justice Department.

The decision comes after the House of Representatives voted to hold Bannon in criminal contempt of Congress after he refused to hand over documents in connection to the January 6 Capitol Riots, despite being issued a subpoena.

Bannon claimed "executive privilege" at the time, stating that he was instructed by Trump not to do so.

At this time, it remains unclear what the outcome of this indictment will be.

The split with Trump later deepened after he was quoted in a 2018 book making critical remarks about some of Trump's adult children.

Bannon apologized and soon stepped down as chairman of Breitbart.

Bannon and Trump have reconciled and on the President's last day in office he pardoned his former strategist.

"Mr. Bannon has been an important leader in the conservative movement and is known for his political acumen."

Trump was eager to pardon his former aide after reconnecting with him as he helped fan his conspiracy theories about the election.

Trump has already pardoned a slew of longtime associates and supporters, including his former campaign chairman, Paul Manafort; Charles Kushner, the father of his son-in-law; his longtime friend and adviser Roger Stone; and his former national security adviser Michael Flynn.

When was Steve Bannon hired by Donald Trump?

Bannon was appointed to become chief executive of Trump's presidential campaign on August 17, 2016.

The choice was celebrated by former KKK leader David Duke.

Following his election win, Trump hired Bannon to become his chief strategist and senior counsellor in a move which drew heavy criticism.

The day after Trump implemented his controversial travel ban which affected seven Muslim-majority countries, Bannon was given a seat on the US's National Security Council.

Bannon was previously featured on the cover of TIME magazine along with the headline 'The Great Manipulator'.

The publication also posed the question "is Steven Bannon the second most powerful man in the world?" with many commentators speculating he was the driving force behind some of Trump's most controversial policy moves.

Bannon was reportedly sacked from the White House by Donald Trump himself in August 2017. 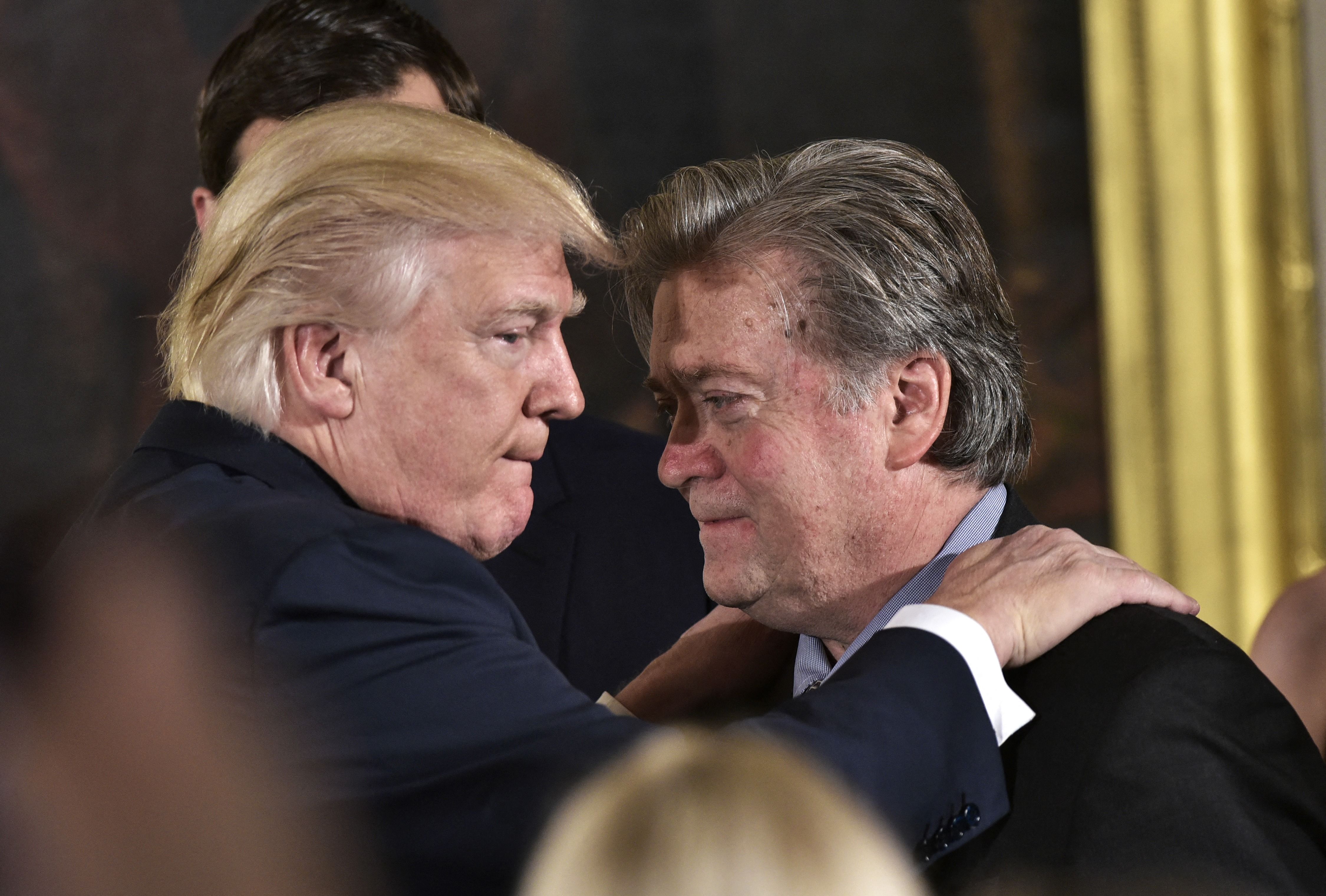 Why did Bannon leave Breitbart News?

In his first interview since leaving the White House, Bannon wasted no time in expressing his loyalty to Trump.

Bannon, who also revealed he returned to lead Breitbart, said he would continue to fight and campaign for the populist agenda which took Trump to power.

He said: "I've got my hands back on my weapons. It's Bannon the Barbarian."

Following Bannon's departure, Trump tweeted: "I want to thank Steve Bannon for his service. He came to the campaign during my run against Crooked Hillary Clinton – it was great! Thanks S."

After returning to Breitbart after leaving the White House he left the company in January 2018 after controversial remarks about Trump's family were revealed in Michael Wolff's book Fire and Fury.

In a story posted on Breitbart’s website it was announced: “Stephen K Bannon has stepped down from Breitbart News Network, where he served as Executive Chairman since 2012. Bannon and Breitbart will work together on a smooth and orderly transition.”

Bannon said: “I’m proud of what the Breitbart team has accomplished in so short a period of time in building out a world-class news platform.”

More recently he has travelled the world meeting with ultra conservative or populist movements.

In a Sunday Times interview he commented on British politics, claiming Tory Boris Johnson – under fire for comparing women in full-face burka to letterboxes – would make a "great prime minister."

He compared 35-year-old Robinson to rapper Kanye West, describing him as a rising star and a "force of nature."