NORTH Little Rock cop Tommy Norman is famed for sharing his life with his one million Instagram followers.

Among his most popular posts are those dedicated to his wife Rosalynd Guiden. 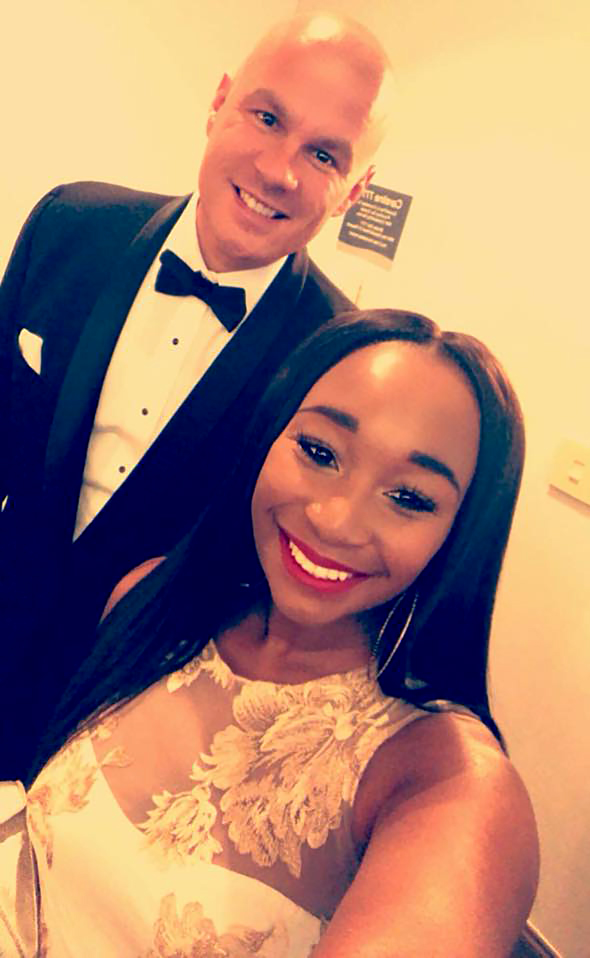 The pair are understood to have wed in 2019 as they celebrated their first Valentine's Day as a married couple in 2020.

Tommy got down on one knee on Rosalynd's 30th birthday in front of all of their friends and family.

The pair met at Walgreens when they just happened to be in the same aisle.

They exchanged numbers and the rest is history.

While her occupation is unconfirmed, Rosalynd describes herself as a "philanthropist and teacher" on Facebook.

A profile picture from May 2021 also showed her use the "Teacher Appreciation Week" border.

A spokesperson for the state school described her as "striving daily to prepare her students and give them the skills to get them ready for kindergarten".

"Thank you Mrs Rosalynd for all that you do. Your hard work does not go unnoticed," they added.

University of Arkansas graduate Rosalynd is mother to Riley Carter and step mom to Tommy's kids from a previous marriage – Alyssa and Mitchell.

She said in an interview with Essence: "When I realized Tommy loved Riley as much as he loved me, I knew he was the one for me."

Sharing a photo from a red carpet event in 2018, Tommy described his wife as "stunning".

Was Tommy Norman married before?

Before Tommy said "I do" to Rosalynd, he was previously married to the mother of his two grown-up children.

Her identity has not been publicly confirmed.

How many children does Tommy Norman have?

Tommy is a dad of three to Mitchell, Alyssa, and Riley.

Mitchell is in his 20s while Riley is still of school age.

Tommy shared the devastating news that Alyssa had passed away on November 17.

He posted a series of images on Instagram with the caption: "Today has been the most painful day of my life.

"She passed away this morning. I come to you tonight asking that you pray for me & my family.

"This is extremely devastating for all of us. We appreciate you."

Alyssa, who was in her mid-20s when she died, worked a realtor, according to her Twitter bio.

She also described herself as a mother, and photos on her Facebook profile imply she had a young son.

Her cause of death is not yet known.

Vaccines WILL protect from Omicron but we need another 42,000 volunteers to help fight cruel virus