Who leaked the Ahmaud Arbery video?

THREE men have been convicted of murder after Ahmaud Arbery was shot dead while out jogging in South Georgia.

Gregory McMichael, 65; his son Travis McMichael, 35; and their friend William 'Roddie' Bryan, 52 are all facing life in prison after the 25-year-old was killed on February 23, 2020. 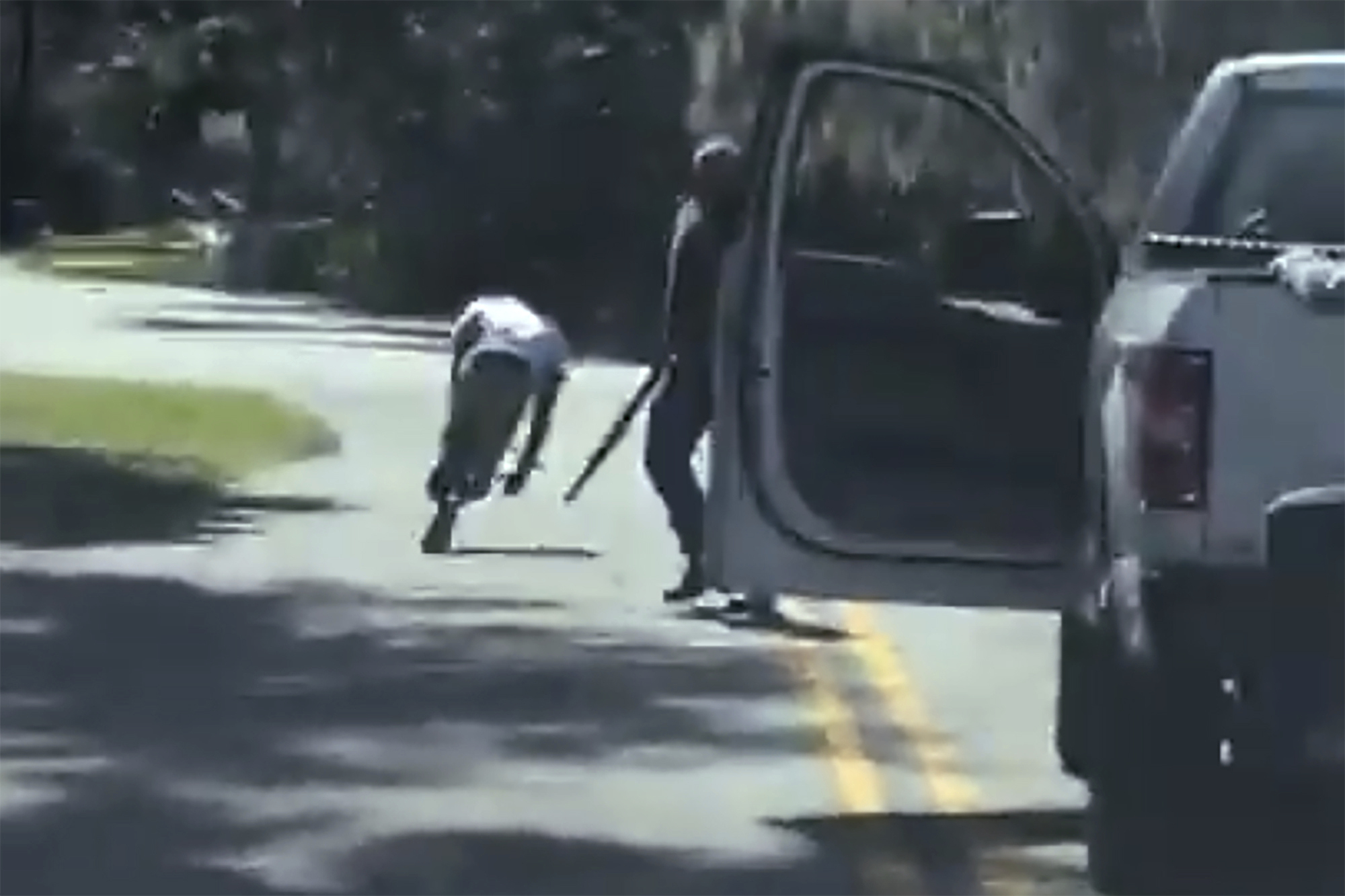 The incident was caught on a cellphone camera by Bryan and months after Arbery was fatally shot, video of his death went viral.

It was revealed that the footage was shared by Gregory McMichael.

He gave the viral video to a local radio station with the idea that the clip of he and his son would clear their names.

A friend of the McMichaels, Alan Tucker, previously said he was the one who leaked the video that showed what happened because he was trying "to stop a riot."

What happened in the Ahmaud Arbery video?

The shocking footage first shows Arbery jogging down the road.

A white pickup truck then drives along and blocks his path.

Arbery can be seen running around the vehicle before a shot in fired.

The 25-year-old and another man then appear to scuffle before a further two shots are fired.

It is believed the first shot was to Arbery's chest, the second was to his hand, and the third was to his chest again before he collapsed.

Did the video lead to the arrests of Ahmaud Arbery murderers?

Although Gregory McMichael leaked the footage in a bid to be exonerated, the clip lead to the arrests of the McMichael, his son and their pal after the Georgia Bureau of Investigation took over the case from local police.

Arbery was jogging through Brushwick, Georgia when he was confronted by the trio who claimed he was a suspect in a series of alleged local break-ins.

The McMichaels reportedly then went to make a "citizen's arrest" by following him in their white pickup truck while armed with a pistol and shotgun.

In November 2021, all three stood trial and a jury later found them guilty after 10 days of testimony.

Gregory was found not guilty for the charge of malice murder, and guilty of four counts of felony murder, two counts of aggravated assault, false imprisonment, and criminal attempt to commit a felony.

“You can’t claim self-defense if you are the unjustified aggressor,” Georgia prosecutor Linda Dunikoski said during her final statement. “Who started this? It wasn’t Ahmaud Arbery.”

She later added that the three had “no badge, no uniform, no authority” and were “just some strange guys in a white pickup truck.”