It’s difficult to imagine The Bee Gees would have scored a hit by declaring the object of their collective affection was “more than a body with a vagina to me”. But that’s how the esteemed British medical journal The Lancet chose to describe women on the cover of its latest issue – and it’s gone down like a tonne of bricks.

The journal, whose editor is a body with a penis (aka, a man), was being either blithely ignorant or deliberately provocative in posting the cover on Twitter last Friday, with an excited exclamation mark and an appeal to feminist sentiment. 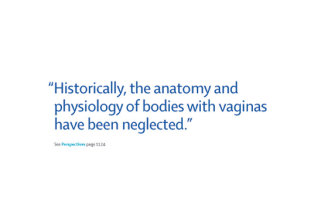 “Our new issue is here! On the cover – ‘Periods on display’ and the cultural movement against menstrual shame and #PeriodPoverty.” The image was a plain white cover with a pull quote from a story inside: “Historically, the anatomy and physiology of bodies with vaginas have been neglected.”

It drew an immediate response – more than 7000 comments, many of them damning.

“Honestly can’t believe that you can’t see what’s happening here,” wrote Milli Hill, author of a number of feminism-informed books about birth and women’s bodies. “You’re telling us that you’ve noticed that for hundreds of years you’ve neglected and overlooked women and then, in the same breath, you are unable to name those people you’ve been ignoring. Why can’t you see it?”

What’s at stake here is language as a battleground in the debate over gender – and the furore over The Lancet’s choice of words highlights what a minefield it has become.

Why bodies with vaginas?
The phrase comes from an article by Sophia Davis about an exhibition at the Vagina Museum in London, Periods: A Brief History.

“Historically, the anatomy and physiology of bodies with vaginas have been neglected,” wrote Davis. “For example, the paucity in understanding of endometriosis and the way women’s pain has been seen as more likely to have an emotional or psychological cause, a hangover from centuries of theorising about hysteria. This exhibition and the Vagina Museum as a whole aim to redress this lack of attention.”

It is clear that in Davis’ formulation, “bodies with vaginas” is a substitute for “women”, and in the context of an essay in a medical journal it doesn’t seem especially problematic.

In isolation on the cover, however, it’s a little more challenging, and could be read as a reduction of womanhood to a slab of meat with a genital organ (though bear in mind that references to “bodies” in a medical context are commonplace). On Twitter, with little by way of context, it landed like a hand grenade. 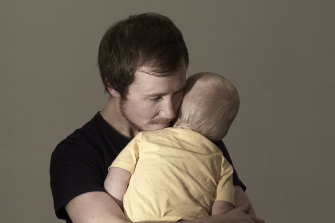 Transgender man Freddy McConnell gave birth to a child, an experience documented in the movie Seahorse.

So why not just say women?

The answer lies in the way the term “women” is itself now contested. Does it denote a set of biological characteristics set from birth, or an identity that can emerge over time, with an element of self-determination? Or both, plus a whole lot of other identities along the continuum between those two points?

The trans rights movement insists that trans women are women. Only an estimated 10 per cent of trans women ever undergo gender-affirming genital surgery; from the trans rights perspective, having a vagina is not an essential element of identifying as a woman.

But gender-critical feminists – sometimes derogatorily referred to as TERFs (trans-exclusionary radical feminists) – argue that simply declaring oneself a woman does not make one a woman.

Thus the term “bodies with vaginas” is an attempt by Davis and The Lancet to signal “women” as biological entities while acknowledging that some women (including, but not only, trans women) might not possess or even desire to possess a vagina.

What’s so bad about that?

There are many feminists who see this and other attempts to modify language – such as the use of the term “chestfeeding” in place of “breastfeeding”, and “front hole” rather than “vagina” – as part of a campaign to erase sex. And that potentially has implications, they argue, in a range of areas, including medicine, law and policing.

There are also plenty of ordinary people who bristle at what they see as an attempt to force a kind of Orwellian Newspeak upon them.

And there are many people in the medical and scientific communities who see the move from sex to gender as anti-scientific, with the potential to distort research and data. For Lancet readers who align with those views, the journal has sacrificed science and objectivity in its rush to capitulate to the trans rights lobby (several have claimed on Twitter that they will never write or peer-review for the journal again). And in the process, it has crudely reduced women to lumps of meat with a sex organ, just as a serial killer might do, some angrily observed.

So it’s clearly wrong, then?

Not so fast. There’s plenty of evidence that gender is not a matter of genitalia, and that even for “bodies with vaginas” (ie: those we have traditionally understood as “women”) the experience of womanhood is far from uniform. The same, of course, applies to bodies with penises (those we have traditionally understood as “men”).

If we accept that human identity can encompass a whole range of positions along a continuum, then we need language that more accurately reflects that. As the Victorian government’s guide on the subject notes, “The health and wellbeing outcomes of people with trans and gender-diverse experience are directly related to transphobic stigma, prejudice, discrimination and abuse, including when incorrect language is used, often unknowingly”.

So, what are we supposed to say?

The aforementioned guide advises we say “sex characteristics” rather than “biological sex”. It doesn’t offer much help on genitalia other than to advise that “physical organs … should not be gendered as male or female”.

The trans health resource site Transhub says it uses “medical terms like ‘penis’, ‘vagina/front hole’ and ‘anus’,” but also notes that “our communities often use similar words for quite different body parts – particularly our genitals”. In other words, language, like identity, is fluid.

The ACON guide to preferred language in a clinical setting suggests “upper body” in place of chest or breast, “erogenous or erectile tissue” in place of penis or clitoris, and “internal genitals” in place of vagina.

Are you saying “penis” and “vagina” are banned now? “Woman” too?

Well, some of the more extremist elements in the trans rights lobby would argue for that. But more moderate voices merely want supplementary language that takes into account the experiences of trans people. A trans man, for instance, can have a baby, but would not identify as a mother. A trans woman might not have a vagina, but might identify and live their life in every way as a woman.

The challenge is finding ways to be inclusive of this range of experience and identity without excluding the vast majority who conform to the more traditional connotations of words whose meanings are increasingly up for grabs.

It requires a degree of empathy and compromise that the battleground of social media rarely encourages, and there are no easy answers. Except, perhaps, that calling women “bodies with vaginas” is probably not the best place to start.